From figs at The Row, to Broccoli bags at Collina Strada, and Matty Bovan’s poison apples, fruit and veg have appeared across the SS23 collections. Does this mean fashion people actually eat??? 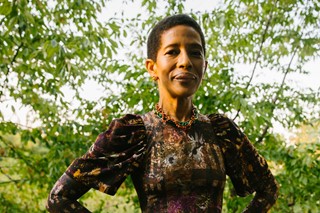 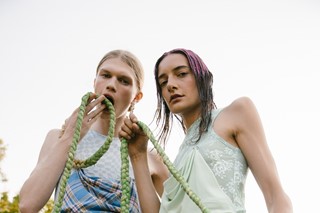 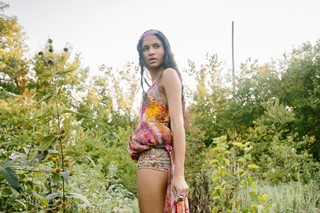 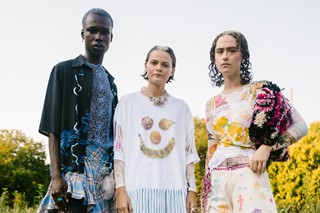 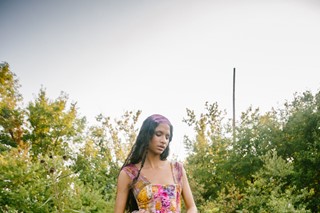 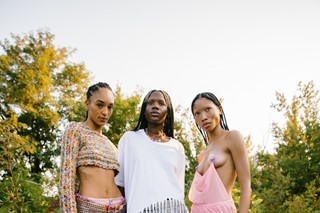 Fashion’s relationship with food is complicated, obviously – and that goes beyond whatever a model decides to put in their mouth. Food, like fashion, is a way to forge connection, to moralise, and to entertain. Fashion weeks in Milan and Paris are as much an excuse to be wined and dined as they are to attend shows. There, conversations of taste, class, and culture often bubble up through what’s on the menu, with people scrambling to Google wtf a Christian Parra Boudin Noir is (it’s black pudding xxx) just to stay afloat of conversation. Food, like fashion, moves in trends, and while there’s absolutely zero connection between the rise in small plates and the rise in small bags, both are etched into the zeitgeist.

Farm to table fashion isn’t a new thing, though. One of Elsa Schiparelli’s most famous creations was a dinner dress emblazoned with a scarlet-red (AKA cooked) lobster on its skirt and that was made in 1937. Fendi’s Baguette bag came 60 years later and that was inspired by French people carrying loaves of bread under their arms. Then there were the pineapples and bananas of Stella McCartney’s SS01 offering at Chloé and Jeremy Scott’s McDonalds collection of AW14 – perhaps riffing on all the fashion people who blether on about having “a Maccies” despite harbouring prejudices about people who eat fast food on a regular basis. More recently, Loewe did egg-splat heels, Daniel Roseberry did golden baguettes, and Maison Margiela did freakish bread loaf-ers in collaboration with Tommy Cash.

But where so many of these have been a cake or fake-style gag, there’s something particularly sweet about the inclusion of food in this season’s collections. Throughout SS23, designers have drawn inspiration from the dinner table, with Collina Strada digging up diamanté-strapped broccoli bags, Puppets and Puppets sticking resin cookies onto handbags, and Matty Bovan blowing poison apples up into psychedelic prints. Earlier in the season, Bianca Saunders channelled the concept of Jamaican hard food into soft-backed tailoring and JW Anderson punctuated t-shirts with peeled tin can lids. It’s not necessarily fashion to binge on, but fashion that promises to nourish all the same. Below, we rattle through a couple of reasons that might explain why the kitchen is beginning to encroach on the atelier…

IT’S A COST OF LIVING CRISIS 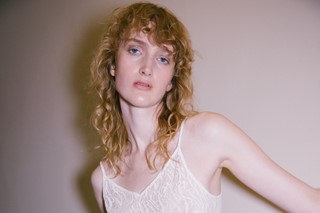 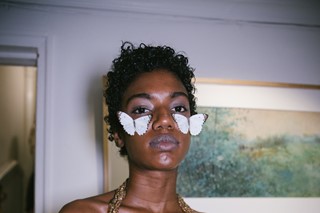 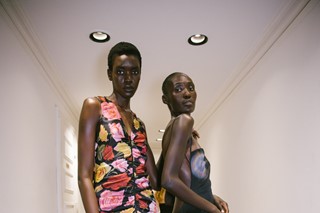 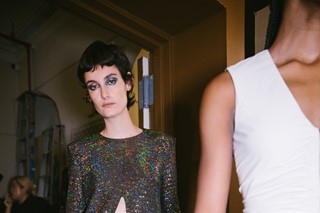 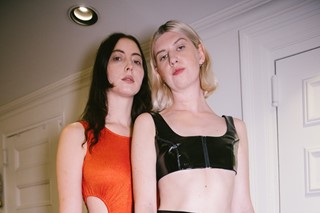 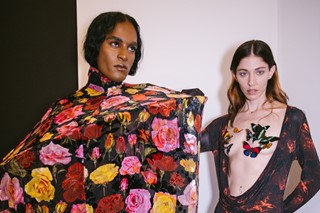 Can’t afford to fork out £500 on whatever bizzare little bag all the cool fashion girls are wearing? Just sling a broccoli head over your shoulder! Like, when will you sheeple WAKE UP!? We are living through the cost of living couscous!! Influencer activists have been prattling on about shopping from within your own wardrobe for years, so it’s high time you expanded your search and dug within the bottom shelf of the fridge, too. With bills, rent, and inflation skyrocketing, the official advice from Liz Truss’ office is to stop buying more things and stop being poor. I think we could all learn a thing or two from that sage counsel and start feeding pasta shapes through bits of string and wearing it as a necklace. If it was good enough for Yayoi Kusama, who made an entire dress out of dried macaroni, then it’s good enough for us. It’s analogue, it’s romantic, it’s what they (probably) did in the war! And evacuees were the original Gen Z xx

During an internship at a fancy department store in Knightsbridge, I once watched the head of womenswear order half a sliced cucumber and sprinkle salt on top of it for lunch. I hope she’s okay. Stories like that abound in fashion, and it was almost definitely some kind of faddish diet promoted in the pages of Vogue; lest we forget the magazine’s boiled egg and white wine diet from 1977 that resurfaced on Twitter last year. But now, a new guard of editors and buyers have been outed as EATERS!! Not a week goes by where you don’t see a branded dinner pop up on Instagram stories, plates piled high with chunky bread and whipped butter. Kim Kardashian even opened the Dolce & Gabbana show by slurping slow-mo on a strand of spaghetti – though the less we say that brand’s use of spaghetti, the better. The myth that fashion people will quicker consume lines of white powder than battered white bait is exactly that: a myth. Well, maybe not entirely. But food is pleasure, clothes are pleasure, and when they come together you best believe the fashion crowd is going to take a blurry photo and put it in an Insta-dump.

FOOD IS GOOD FOR YOU, ACTUALLY 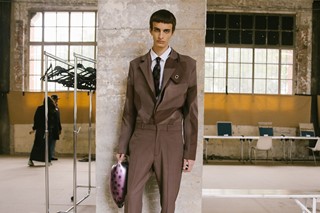 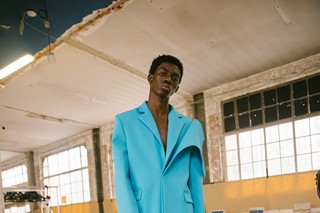 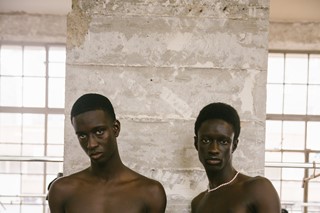 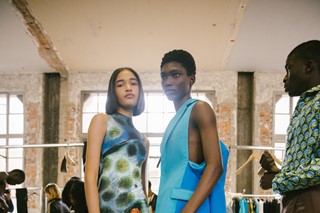 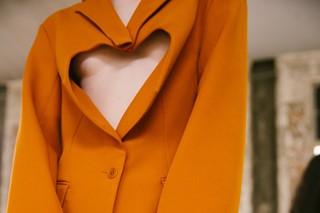 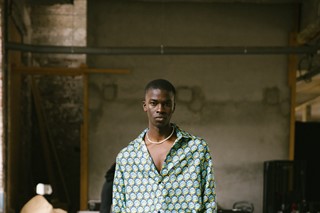 As Collina Strada and Eckhaus Latta hawked the psychological benefits of rewilding, staging their shows in overgrown, inner-city gardens, Paolo Carzana, Simone Rocha, Botter, and Chopova Lowena laced their collections with essential oils, ingestible flowers, kelp, and crystals. In their eyes, wearing fabrics made with the essence of medicinal plants and herbs will bring health unto its wearer – and so we are reminded of the fact that fruit and veg can actually HEAL our bodies and minds. SS23 has introduced us to fashion that FEEDS, its nutrients seeping into our skin through a process of osmosis. But if that feels a little “aromatherapy”, the idea was made more literal when Benjamin Huseby and Serhat Isik announced that Trussardi would be opening its first official restaurant, following in the footsteps of most other major Milanese labels. Or The Row, who gave their guests a fig on entry – conjuring the spirit of the Bougie London Literary Woman in the process.