This is what we wore the year we stayed inside 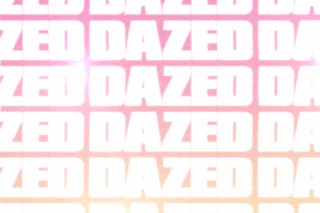 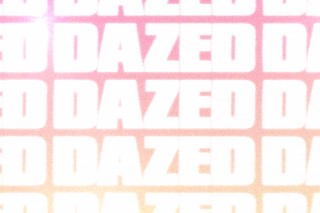 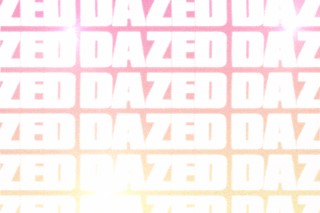 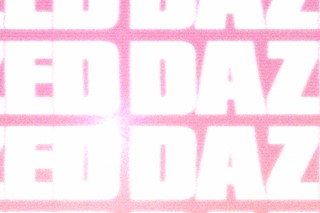 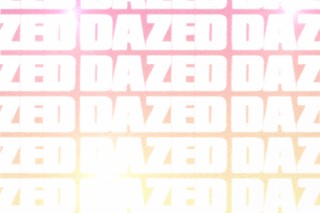 Despite the deluge of chaos the past 12 months have rained on us, 2020 hasn’t been without its sartorially satisfying moments. With Future Nostalgia arrived a campaign of Very Good Looks™ from Dua Lipa, while the cancellation of May’s Met Gala provided High Fashion Twitter ample opportunity to showcase some high level aptitude. In “WAP” we were treated to an iconic Mugler moment as Cardi B and Megan Thee Stallion twinned in matching purple and lime corsets, and at Prada some respite from… well, everything, as Raf Simons and Miuccia’s first joint collection was finally unveiled.

Closer to home – and against all odds – the dressing-up spot was even occupied for a brief moment as Lirika Matoshi’s strawberry frock went viral in August. A high point for IRL dressing, albeit mostly concentrated to TikTok, Matoshi’s tulle and sequins evoked a fanciful mood otherwise misplaced in early 2020. Elsewhere, for those so inclined – by which we mean basically everyone – the Telfar Bag Security Program gave us a new reason to get behind staying indoors; in this instance with a candy shop thrill and the promise of actually getting our hands on the hardest to cop item in recent history.

Beyond these buoyant intervals, getting dressed in 2020 – much like the industry’s recent (necessary) season of introspection – has been largely informed by the pandemic. With regular programming – birthday parties! Office parties! Parties of seven or more! – temporarily on hold, many of us have sought comfort in our clothes, with bolder aesthetics fed to us via TikTok, Netflix, and other people’s Instagram selfies. And while our own fits have taken a backseat to analysing Emily’s wardrobe misfires in Paris, naturally there have still been a handful of trends to which we collectively navigated. Here we’ve rounded them up.

Whether flirting with cottagecore, covering greasy hair, or channelling your favourite 90s popstar, bandanas this year made bearable the endless last minute Zoom calls (the bulk of which, let’s be honest, could have been emails), acting as a stylish quick fix on the days you literally just stumbled out of bed. A democratic hair accessory that offers range – think leather at JW Anderson, Liberty prints at Gucci, and various fabric offcuts elsewhere – most recently the trend has appeared not once but twice on Dazed’s Best Looks list, with WuzG00d and Steve Lacy making the case for orange and red prints respectively.

Remember in lockdown 1.0 when the country was split into those people who had watched Normal People and those people yet to watch Normal People? The BBC adaptation of Sally Rooney’s sophomore novel not only made overnight stars of Paul Mescal and Daisy Edgar-Jones but, more importantly, reclaimed the chain as a vital piece of men’s jewellery. So taken were the British public that thinkpieces flooded the internet, searches for the item shot up 23 per cent, and an Instagram account was set up specifically for Connell Waldron’s beloved chain. Some 179k followers later, we remain enamoured by the cult item.

While the Arizona remains a central figure of the ugly shoe canon, in 2020 our hearts belonged to the Boston. A precursor to JW Anderson’s chain-fronted loafer – another 2020 success story when it dropped in August – the cork-soled clog put in the work early on in the year, making several appearances on the TL as we began adapting to the pandemic. Notably, it was all over the grid of @WFHFits from the very beginning. The reward? Kanye West donned a stone coloured suede version of the shoe in his GQ cover story in May, as photographed by Tyler Mitchell in a tank (and probably some pretty hefty profits).

“Sweatpants Forever” cried The New York Times Magazine in August, and we all shrugged our shoulders in humdrum agreement. Previously relegated to weekends, sick days, and particularly cold winter nights, cotton sweatpants quickly became 2020’s most compatible item as we modified our wardrobes to fit with the new normal. Maybe you copped an Aries tie-dye two-piece and have been living out your best life all year, or perhaps you were one of the many who sought out a safe sportswear option – Lyst reported a 213 per cent spike in searches for Nike joggers. Either way: you were not alone.

With many of us housebound for the best part of 2020 (are you noticing a theme?), two things happened: people started making their own clothes, the result of hours spent indoors and a discernible shift in the discourse surrounding how and by whom our clothes are made, and Harry Styles emerged as a bona fide fashion icon. Marrying the two quar moods was Styles’ patchwork cardigan by JW Anderson. Quickly copied and paraded by fans on TikTok under the guise of the #HarryStylesCardigan challenge, Jonathan Anderson, touched by the endeavour, later released the cardigan’s original pattern online. The V&A has since announced it will be acquiring the cardigan for its permanent collection.

Arriving via TikTok this summer, the post-American Apparel vision of American Apparel-like womenswear was the product of several things – namely Brandy Melville, Hunter Schafer, and a Tumblr hangover – with Depop establishing itself as its biggest champion. A trend independent of lockdown, by July the skirt had amassed 6.5 million views on the aforementioned app, while there are currently 192,000 hashtags for it on Instagram. The correlation between fans of the look and advocates of tennis remains unconfirmed, but the case for pleated miniskirts continues to soar.

Where sweatpants wouldn’t cut it, the nap dress was appointed principle quar culture. So named by the founder of New York label Hill House Home, Nell Diamond, the nap dress originated pre-pandemic but claimed cult status this year following a viral piece in the New Yorker. “It looked light and sweet as meringue. It looked frighteningly easy to stain,” wrote staffer Rachel Syme of the style’s founding model. With the holiday spirit of Ganni’s neon check number, the everyday ease of that Zara style, and the vivid charm of the Victorian nightgown you’ve spent weeks eyeing up on eBay, the nap dress had your back whether lounging on the sofa or buying essentials at the supermarket.

We’ve come a long way since Christopher Kane divided opinion by putting gem-encrusted Crocs on the runway. Slowly climbing up the socially respectable ladder ever since, sold out collabs with the likes of Bad Bunny and Justin Bieber – in addition to the new WFH model – have made 2020 Crocs’ year, with Lyst reporting average monthly searches of 135,000. Contender for peak 2020 mood? Cousin Greg (Succession actor Nicholas Braun) on a New York rooftop, matching his Crocs to his navy Paul Smith suit ahead of the remote Emmy’s.

Blessing 2020 with a new visual album, in Black is King Beyoncé delivered a bold collection of god-tier aesthetics. Amongst the Zerina Akers-styled looks, Marine Serre’s moon print bodysuit stood out. Such was the attention attributed to the “Already” video, Lyst reported a 426 per cent spike in searches for the suit in the immediate 48 hours following the album’s release. “The moon for us is like an icon, an emblem, an image, a representation, a flag, a language, a metaphor, an object of what we believe in,” Serre told Dazed in June. Increasingly, the motif now represents proficient trend knowledge too.

A late bloomer depending on who you speak to, this one’s pretty self-explanatory.