Benjamin Fredrickson spent years documenting his experiences as a gay sex worker, but a new direction sees him making genuine connections via a series of Polaroids 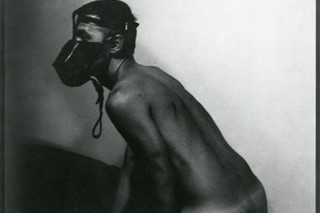 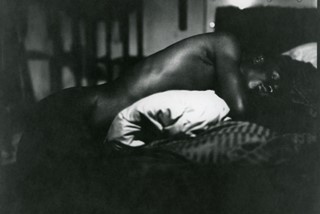 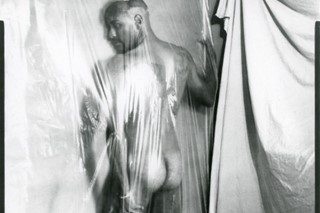 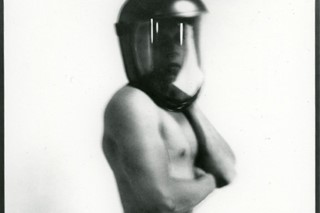 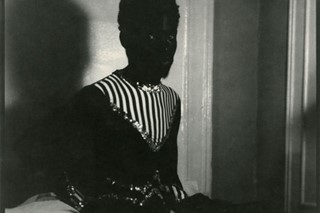 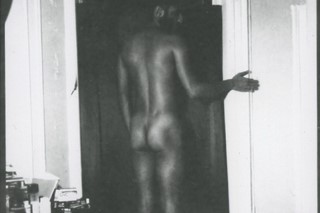 If there’s one thing – and there will be more than one thing – that you find most striking about Benjamin Fredrickson’s work, it might just be his honesty.

Unlike most photographers documenting the realities of America’s sex industry, Fredrickson often puts himself front and centre, alongside his subjects. Appearing naked – solo or accompanied – in many of his black and white Polaroids, he told us last year, “I'm intrigued by the diversity in the nude male form and exploring intimacy and sexuality with an honest eye, without judgment.”

Taking photos during the many years that he worked as a sex worker, he used the lens a way of making sense of a world that he had willingly tumbled head first into; meeting, sleeping, and taking photos with the strangers he encountered. He says: “My life as a gay man is relatable, a bit isolated and a bit connected. My perspective differs from the homogenised way in which the media tends to portray and influence the gay community today, in my opinion. I’m just being myself.”

Over the past year, however, Fredrickson’s approach to life has been, as he describes it, “healthier”. A decision that has affected the way he works with his subjects, as well as technically – prompting him to use an 8x10 camera with paper negatives. “It has been a very cathartic experience,” he explains, “In terms of shooting, a paper negative requires a lot of time, and light, to make each exposure. I enjoy the inexactness of each exposure, movement of subject, grain of the paper negative, versatility in reworking the image. The final result is an ethereal, emotional and personal image.”

Loyal fans will be comforted to know that he hasn’t completely cut off from his old ways. “The new portraits include a friend that I turned my last trick with a few years ago, a buddy that offered me a place to stay when I needed one most, and some other handsome men whose beauty I had admired for quite some time,” he tells us.

“With the new working process I have aimed to capture a shared emotional intimacy, without the exchange of bodily fluids in the process” – Benjamin Fredrickson

His new direction has manifested in his new show Salon, just opened at New York’s The Bureau of General Services – Queer Division. Amongst an array of nude subjects is EJ, who fell asleep accompanied by a stranger in his bed, during the process of Fredrickson setting up his camera. Fredrickson says, “It wasn’t my business to ask who this stranger was, but it made me a little nervous that the stranger could potentially wake up while I was photographing EJ and potentially destroy the shot. In the end, it turned out to be a lovely experience.”

Another figure in the Polaroids is Austen, who the photographer reveals he had worked with previously, and describes as “really fun to photograph”. Shooting in the photographer’s own bedroom, where his bed was still wrapped in plastic from being newly delivered, Fredrickson recalls, “I had him step inside between the box spring and the plastic wrap. The shot took awhile to set up, but truth be told I just stared at Austen’s naked body on the ground glass for a while; not in a creepy serial killer way, more like a, you’re so perfect you should be a doll in a box kind of way.” He adds: “With the new working process I have aimed to capture a shared emotional intimacy, without the exchange of bodily fluids in the process. It makes me really happy to be taking this professional approach when working with others.”

Salon is on show at New York’s The Bureau of General Services – Queer Division until 20 March, 2016. See more of Fredrickson’s work here