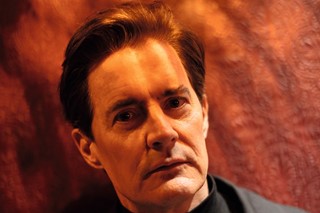 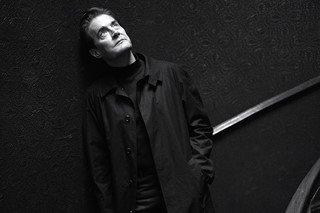 In November last year, amid a busy lockdown of daily weather reports and DIY projects, David Lynch revealed that he’s working on a new TV series. The filming on the Netflix show — working title Wisteria, or Unrecorded Night — is set to begin in May 2021, and unsurprisingly the director is keeping details as elusive as a good pair of pants.

Some Lynch fans, however, reckon that the Twin Peaks star and longtime Lynch collaborator Kyle MacLachlan is dropping hints about the new series on social media.

In particular, a picture posted to MacLachlan’s Instagram earlier this week (March 29) has piqued people’s interest, showing bunches of hanging purple flowers, AKA… you guessed it, wisteria. “Beeutiful,” writes MacLachlan in the caption, throwing in a “#wisteria” tag for good measure.

In the comments, MacLachlan’s fans have been quick to pick up on the potential reference to Lynch’s new series, with one user suggesting that he’s “basically confirming” that he’ll be playing a role. Another simply asks: “Is this what I think it is?”

If so, MacLachlan’s involvement wouldn’t be particularly surprising. After making his film debut in Lynch’s ill-fated Dune adaptation, he went on to star in Blue Velvet, and of course portrays the damn-fine-coffee-and-cherry-pie-loving Agent Cooper in Twin Peaks (who recently made a surprising debut on TikTok). In 2017, he also starred in Twin Peaks: The Return, telling Dazed that he was “thrilled” to be working with Lynch again.

According to the listing that first appeared in the November 26 issue of Production Weekly, Wisteria, or Unrecorded Night, will be written and directed by Lynch. Former collaborator Sabrina S. Sutherland is on board to produce, while his long-term cinematographer Peter Deming is listed as director of photography.

The question is, will MacLachlan be returning too, or is he just enjoying the spring flowers?