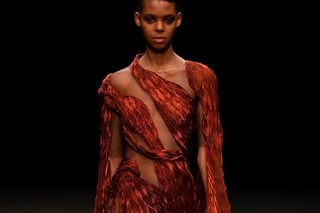 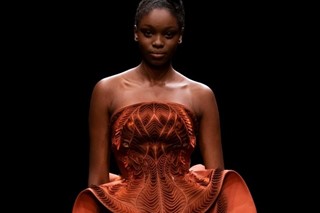 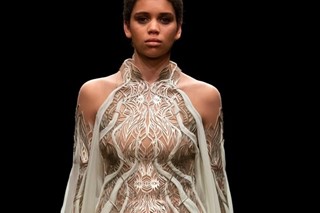 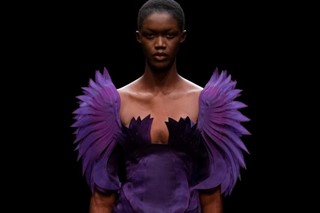 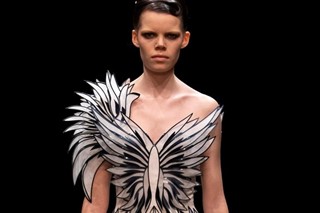 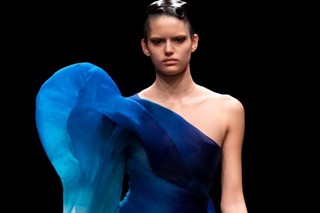 The first preview for Jordan Peele’s Nope, released back in February this year, was a perfect example of how to get a horror trailer right. While hinting at the “bad miracles” in store for Daniel Kaluuya and Keke Palmer, it managed not to spoil the alien creature – nicknamed Jean Jacket – that plagues their Hollywood horse ranch, leading to months of speculation about the flying saucer-shaped antagonist. In fact, it’s only toward the end of the film that we get to see Jean Jacket’s final form: part airborne jellyfish, part biblical angel, part H.P. Lovecraft monstrosity.

However, since Nope hit UK cinemas on August 12 and the alien’s amorphous form floated into our social media feeds, another comparison has become increasingly prevalent: Iris Van Herpen haute couture. On Twitter, people have praised the creature’s fashion sense, and mourned the fact that we didn’t see Keke Palmer herself transformed into a uncanny alien at the premiere, in one of the designer’s bespoke designs. It’s true: the resemblance is uncanny, which might be down to the fact that Peele and Van Herpen take a similar approach to their respective designs, drawing from nature (several scientific consultants are named in Nope’s credits) and adding a futuristic slant.

Unsurprisingly, if you’ve already seen the alien at the end of Nope and we haven’t just ruined it for you, Jean Jacket has also drawn comparisons to a close friend and lifelong collaborator of Van Herpen, and an otherworldly creature in her own right: Björk. Revisit Björk’s 2019 Dazed cover shoot, or her video for “Tabula Rasa” – which sees the Icelandic singer metamorphose into a series of surreal, billowing creatures – and you’ll see what they mean.

Does this mean that we’re entering a new era of runway-ready creatures in blockbuster horror, flipping fashion’s love of cult cinema on its head? It’s really too early to tell, but we hope so. We’re picturing aliens stalking their prey with feet like McQueen Armadillo boots, zombies with skulls like jewelled Margiela masks, and ents with golden foliage, à la Schiaparelli.

Earlier this year, Peele himself spoke to Dazed about Nope, and while there was no mention of Björk or Iris Van Herpen, he did shed some light on the thought process behind Jean Jacket, naming anime classics Akira and Neon Genesis Evangelion as key inspirations. “The Angels of Evangelion are truly some of the best creature designs of all time,” he said. “It’s very important for me to create something very unique as well, but I went into it with this knowledge that there’s a minimalist spectacle that we haven’t seen photographically in film.”

If you saw Nope and want to keep this unearthly spectacle alive, then you’re in luck. Yesterday it was announced that Paris’ Musée des Arts Décoratifs will host a huge Iris Van Herpen retrospective starting next autumn, running from November 29, 2023, to April 28, 2024. Around 100 of her designs will feature alongside contemporary art works, installations, videos, and photographs. Who knows? Maybe you’ll find inspiration for Hollywood’s next alien lifeform.