Season after season, our loyal photographer Yu Fujiwara hits the streets of all the major fashion capitals, providing us with a unique perspective on all the best looks, celebrity appearances, and overlooked moments. Kicking off the first fashion month of the 2020s, Fujiwara started in London before flying out to Florence for Pitti Uomo, Milan, and the grand finale (until womenswear next week) – Paris.

This AW20 menswear season Fujiwara captured everything from Tyler the Creator-inspired leather jacket art to actor and model and influencer of the moment Luka Sabbat running around the streets of Paris. Further images capture Migos rappers Quavo and Takeoff, as well as electric blue-haired, streetwear shoe designer Aleali May, attend Virgil Abloh’s first post-hiatus Louis Vuitton show. Elsewhere, other famous faces including Pyer Moss designer Kerby Jean-Raymond, who was snapped with Dazed 100 DJ and personality Kerwin Frost, feature among the selection. Rounding things off is Michele Lamy, who appears first on a bridge in Florence, pre-Telfar show, and later making a quick pitstop at a Parisian grocery store.

True to his style, Fujiwara also captures the people you might not recognise straight away but still turn heads. In London, one lady used her fashion week look to represent our post-general election mood du jour, wearing a t-shirt which read ‘fuck Tory scum’. Elsewhere, one model clearly had his priorities straight as he left a show carrying a Loewe bag in one hand and the world’s biggest crisp packet in the other – the truest depiction of what it means to ‘secure the bag’. Finally, fashion month wouldn’t feel right if there’s not at least one sighting of a cute dog. In Florence, one image shows a puppy chilling with an individual determined to keep the Yee-Haw agenda alive.

Check out all the images in the galleries below 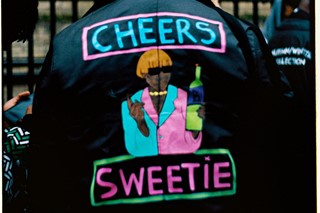 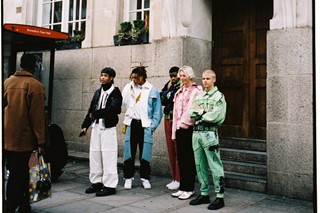 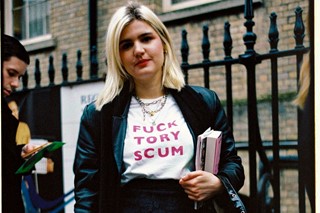 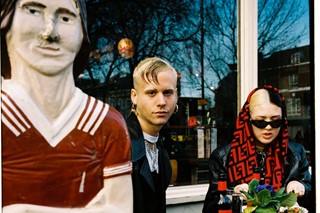 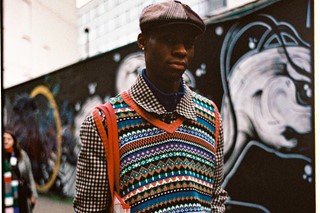 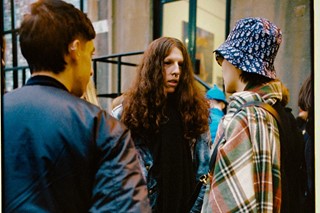 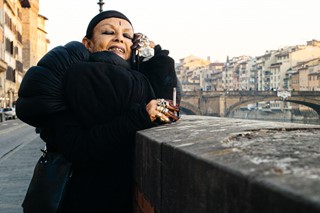 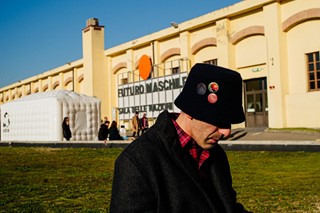 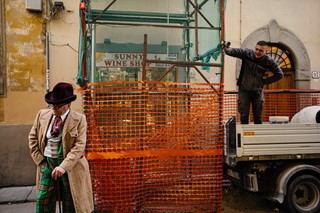 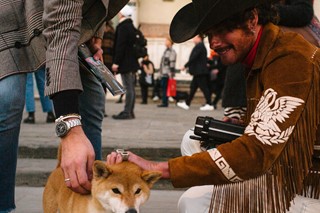 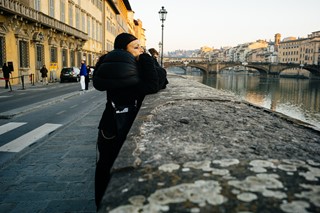 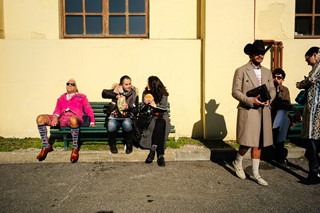 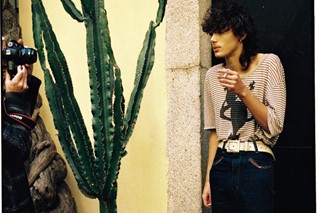 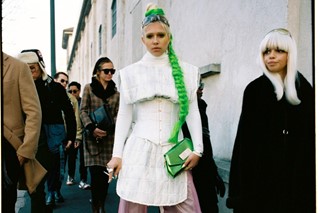 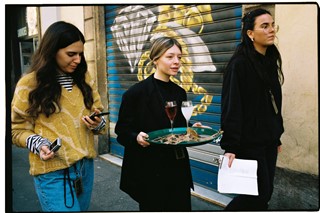 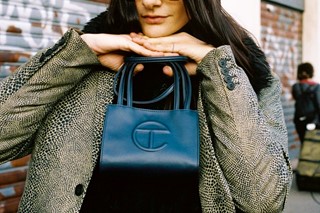 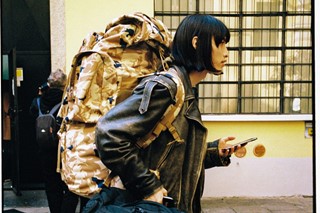 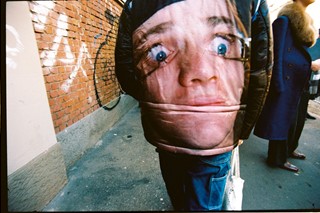 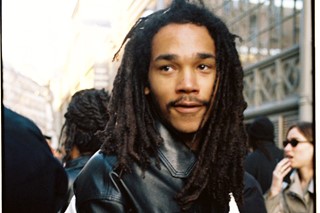 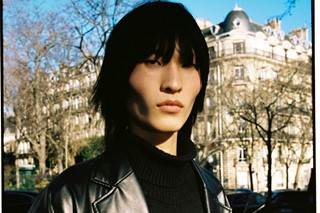 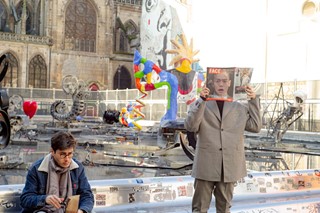 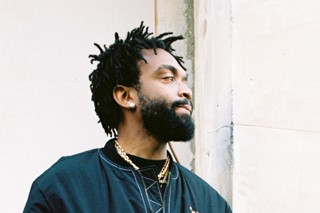 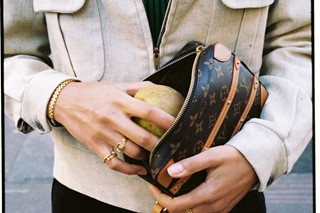 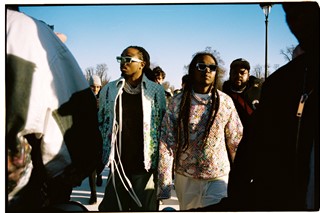