Basically: we're all afraid of a little dick 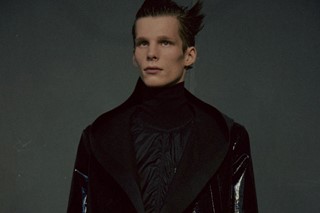 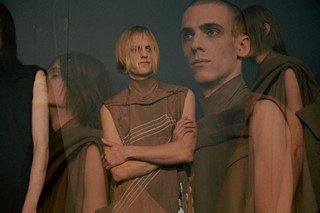 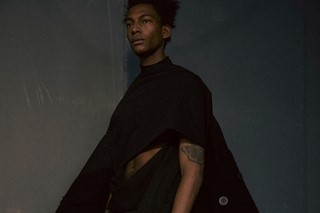 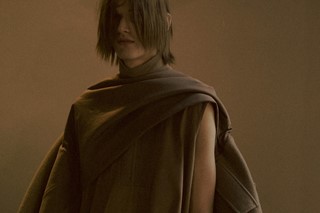 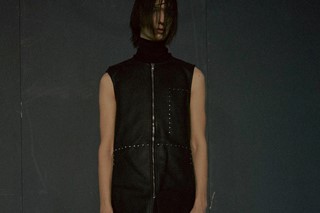 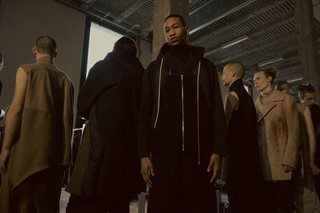 It takes a lot to shock the fashion world. Buttcrack-revealing trousers? Alexander McQueen did that in the 90s. A model wearing a niqab cut off above her waist to show her crotch? Hussein Chalayan did it in '96. But yesterday, Rick Owens made the front row sit up and pay attention by sending out male models sans underwear in crotch cut-outs and peephole tunics. Alert, alert: penis on the catwalk! Unleash the Dick Owens puns!

This isn't the first penis sighted on the runway in recent times. Meadham Kirchhoff's SS15 show last year featured a model in semi-sheer black trousers, wang proudly on show. But judging from the column inches alone, you'd be forgiven for thinking Rick Owens was literally shoving nudity in people's faces.

Penis hits the runway at Rick Owens. What did I tell y'all about 2015? Year of the D.

This was male exposure of a very different sort, though. Some audience members failed to notice the junk entirely. As always, it's only in the retelling that the offending members took on larger-than-life proportions.  "I liked that you hardly noticed it," Susie Bubble said. "It wasn't nudity for the sake of nudity. I honestly didn't see until somebody pointed out the dick flaps and the undie holes."

The Rick Owens dicks are so shy, so timid, like house mice peeking out of a hole in the skirting boards.

Discreet, tucked away, quiet – these aren't the thrusting phalluses from Tom of Finland. Nor are they the cheery, candy-coloured penis shoes of Walter Van Beirendonck. And they're most definitely not the questionable bulge of Justin Bieber's Calvin Klein campaign. Independent fashion critic Alexander Fury compared one to a "turkey dinosaur".

Documentary proof of a free-falling penis at Rick Owens. Looks like a turkey dinosaur. pic.twitter.com/7kepQiuboI

As cocks go, they're pretty underwhelming. This sentiment was best summed up by one model from the show, who breezily told the Guardian: "It was not a thing at all. Everyone knew what they would be wearing at early fittings... I just noticed it when I looked at the photo board and saw that there were cocks hanging about. Ha!"

So why the fuss, seeing as we live in a world where millions of cocks are only a click away? For that, just look to the immediate online reaction to Rick Owens. Many people took one look and immediately referenced this scene from the Inbetweeners, in which Simon suffers from a wardrobe malfunction during his school's fashion show. He ends up proudly strutting down the runway with one bollock hanging out. Or the scene in Forgetting Sarah Marshall, where Jason Segal drops his towel in shock when his beloved girlfriend dumps him.

In short, male nudity – when it doesn't involve wink-nudge clothed bulges or hard-ons – is always a punchline. It's a joke. We don't have the vocabulary to even talk about cocks without turning into giggly schoolkids (hence the Dick Owens puns). A flaccid penis is something to be ashamed of, laughed at and humiliated.

The catwalk has always been a social space where debates over sexuality, beauty and expression play out. Owens' show strikes a chord in the current climate. This week, the Sun dumped Page 3, only to triumphantly announce that its topless models were staying for good. Aussie magazine Sticks & Stones has found itself banned from Instagram for uploading a picture of models with pubic hair. Nudity is always political. In 1989, artist Barbara Kruger splashed the words "Your Body Is A Battleground" across a photograph of a woman staring directly at the viewer. That applies to men, too.

"Nudity is the most simple and primal gesture," Owens said backstage. "It packs a punch. It’s powerful. It’s a straight world now. It says something about being independent. Who else can really get away with this stuff? It’s a corporate world! This was our private moment."

Emphasis on "straight". Owens may have been talking about corporatism in the fashion world, but he's always been interested in enlarging the definitions of sexuality beyond the straight and narrow – you just need to look at his lookbook collaboration with the fetish photographer Rick Castro to see that. And what definition is more straighter and more narrow than the heterosexual man?

Watch video from the Rick Owens show below:

Liked this? Head here to read more about Rick Owens:

Watch Beyond the Surface: a Rick Owens fashion film