‘Where a man can walk, a woman has to run in six-inch stilettos’ – two next gen photographers on female artists, feminism and coming of age online 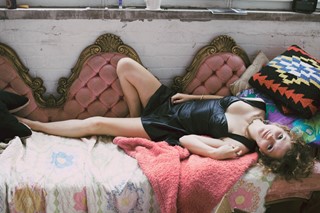 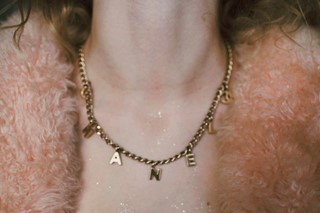 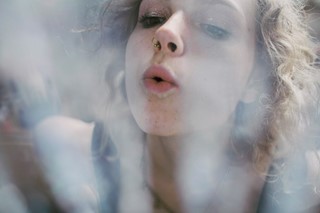 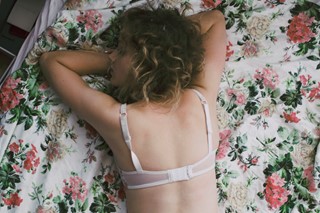 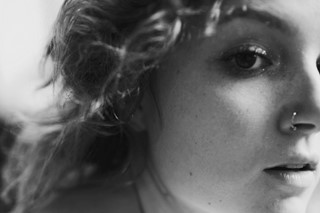 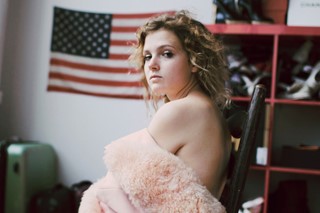 “In my work – and in my life – I am constantly seeking beauty. Or at least that's what my dad says about me!” laughs 20-year-old photographer Olivia Bee, pictured here at her home in Brooklyn by friend and fellow photographer Rebekah Campbell. Having picked up a camera the age of 11, by 14 Bee was shooting a Converse campaign – now her client list (Hermès, Apple, Levi's, to name a few) reads like that of any successful photographer twice her age. Her more personal work – like the images featured at her NYC solo exhibition Kids in Love this summer – captures and crystalises the beauty of the everyday. Bee met Campbell – whose work focuses on femininity and the energy of youth with a nostalgia that is striking rather than sentimental – after the latter reached out online. This year she's shot backstage at NYFW for Dazed, and had work feature alongside the likes of Gia Coppola and India Menuez in a MoMA supported exhibition examining Instagram as a platform for creation and curation. Here, the two next gen photographers go head to head to talk New York, beauty standards and navigating nude photographs.

Do you think we're having a renaissance for young artists, especially female ones?

Olivia Bee: Definitely. The role of women is changing, on a national scale at least, and people are talking about it. Girls are becoming aware that they are so smart and strong. But it's not enough. I think that, typically, girls can only be successful artists if they are within the norm for possessing physical attractiveness – women are still judged so much on what they look like, no matter how talented they are. Where a man can walk, a woman has to run in six-inch stilettos.

Rebekah Campbell: Yeah, it’s so different from 50 years ago, but we still have such a long way to go. This sort of 'renaissance' has been bubbling below the surface of the internet for quite some time now. The internet was the cause of it, and also the effect – for all of us as young artists, our outlet was Flickr and Tumblr. Our generation was one of the first to satisfy that need of someone clicking your name and seeing your art, or whatever it was you did. As female artists, it's only been a growing community – girls who have important things to say can create amazing things. Who are some of your favourite female photographers right now?

Olivia Bee: Right now my favourite is Harley Weir. She is so amazing. Her work is so effortlessly sensual; it just creeps into your vision like velvet on skin.

Rebekah Campbell: Harley understands the human body like no one else. I'm also really loving the photographers Lina Scheynius, Shae Detar, and Elle Hardwick at the moment. Lina's personal work makes me want to cry, Shae Detar is experimenting with paint and females and the outcome is so satisfying, and Elle has been a favourite of mine since I was 16 and on the internet. They are all placing themselves out of this realm of photographers that make the same work again and again.

What do you think of the idea that most feminist art fits a white middle class model?

Olivia Bee: A lot of it does. In general, people are more keen to listen to a hot white girl artist who is well off making paintings rather than the girl in the Middle East writing music. It’s because that girl making music doesn’t have a voice in mainstream media that isn’t pinning her as foreign or exotic. We are idiots. That needs to change as soon as possible.

Rebekah Campbell: I think that we as female artists can do so much to change this and help other girls out. If you or anyone you know is doing something new and eccentric I want to know!

“People are more keen to listen to a hot white girl artist who is well off making paintings rather than the girl in the Middle East writing music...that girl doesn’t have a voice in mainstream media that isn’t pinning her as foreign or exotic.” – Olivia Bee

Olivia Bee: I think we have to lift people up. When you see something great that someone is doing, tell everyone you know about it. This is so important. It starts with us. I'm also white as hell, so I feel like I am part of a problem but I don't know how to talk about that yet, I feel like I'm not equipped. I'm just doing the best I can – I want things to change, but some of it feels out of my control – I will propose to shoot a girl who is not white or who isn't stick thin for a magazine, they will say no and I risk losing my job if I fight for it. Yes, taking pictures of only standardly hot people fucking sucks. Well I mean, it's great but doesn't help self esteem. And New York doesn’t help.

Olivia Bee: It’s funny for me because I don't make many pictures here. It's hard for me. I grew up in Oregon and made a lot of art about people in environments, and I still think that's where my best stories are made. I kind of hated New York for like, a year. I still hate it on and off all the time. But lately I've been trying to embrace the energy of the city more and try to surrender to it – like, I'm gonna go to a Broadway play tonight and then do karaoke! You take good photos in New York. I'm jealous.

Rebekah Campbell: I think its because I don't actually live there yet.

Olivia Bee: Maybe it’s the allure of it, photographing the fantasy.

Rebekah Campbell: I’m an extreme extrovert so it stimulates me to be there, there's always something going on and always someone you want to be around. I think there's a good energy brewing in the art world in New York, creative people who are actually making a name for themselves. If you're subliminally a negative person I don't think you can last long in NYC. Let’s talk about creativity. What have you been into recently?

Olivia Bee: Sensuality. I've been taking a bunch of nudes of myself. I feel like there is often a feeling of longing in my photographs that is especially evident in my nude self portraits.

Rebekah Campbell: In an age of leaked celebrity pictures, how can female artists navigate creating nude images? It's hard to control who sees what when you don't even know if your photos on your phone are ever really safe.

Olivia Bee: I guess it's about where the power is and how I control that in my image making. It's like, my body is a special piece of art, and it's a reflection of this mood that I'm creating in this photograph and it is entirely mine. Not to say that that can't be sexual, but none of the pictures of myself that I take nude are an invitation to look at me sexually. They're more sensual. Like, this is not an image of an object; this in an image of a feeling. And that feeling is the way I am positioned or how the light wraps around my body language. And that feeling has to do with what I was thinking about when I took it and where I was and what happened that day and how the light triggered my mood and how the sounds triggered my brain and how I want to be able to actualise all those things into an image.