And in related news: Grindr has at long last been cancelled for homophobia 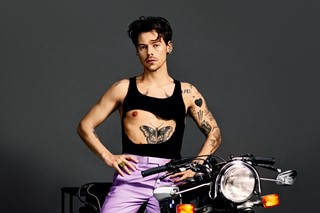 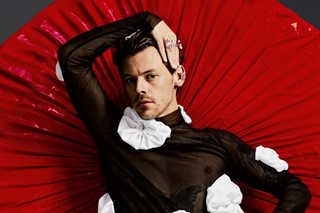 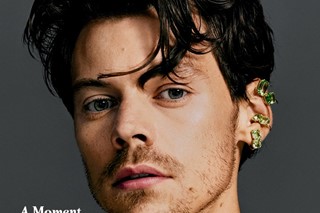 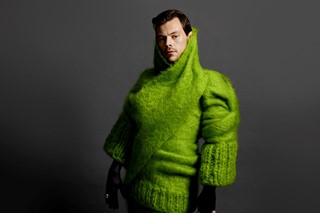 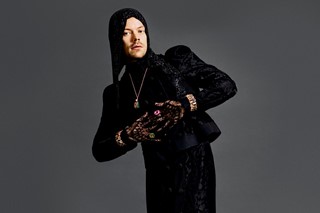 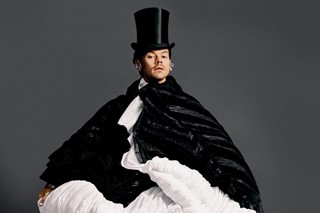 Following remarks he made during an interview to promote his upcoming film, My Policeman, Harry Styles has found himself at the centre of a social media controversy.

Based on a novel of the same, My Policeman is set in Brighton in the 1950s. It tells the story of a closeted police officer (played by Styles) whose marriage to a woman (The Crown’s Emma Corrin) is threatened when he embarks on an affair with another man – something which was illegal at the time. During an interview with Rolling Stone, Styles said that it will depict gay sex as “tender and loving.”

“So much of gay sex in film is two guys going at it, and it kind of removes the tenderness from it,” he said. “There will be, I would imagine, some people who watch it who were very much alive during this time when it was illegal to be gay, and [director Michael Grandage] wanted to show that it’s tender and loving and sensitive.”

It was the suggestion that cinema suffers from an abundance of “two guys going at it” which provoked the most backlash, which is understandable – the claim doesn’t bear any scrutiny whatsoever. What steamy gay sex romps has Styles been watching – and more importantly, where can I torrent them? I’ve seen a lot of queer films over the last ten years and barring a few exceptions (Stranger by the Lake and Benedetta spring to mind), I wouldn’t say there has been a preponderance of explicit sex. In Call Me By Your Name, notoriously the camera pans away just as Elio and Oliver begin to undress. God’s Own Country is passionate and erotic in its own way, but it’s hardly pornographic – more’s the pity!

I could go on... Sauvage contains a harrowing depiction of sexual violence, but that hardly seems like the kind of thing to which Styles is referring, and what I remember most about 120 BPM  is a heartbreaking scene where a character dying of AIDS-related illnesses receives a handjob from his lover in a hospital bed. None of these films could reasonably be said to suffer from a lack of “tenderness” – for that matter, you’d struggle to think of a more tender, haltering depiction of sex on film than the beach scene in Moonlight. If we’re talking more mainstream fare, like Star Wars or Lightyear, then we’re limited to the quickest and most chaste pecks on the lips, designed to be easily edited out for foreign markets.

So unless Styles has access to a secret canon of raunchy queer cinema that the rest of us don’t know about, it seems safe to dismiss his comment as ill-informed. What’s more, in his implication that “tenderness” is preferable to “two guys going at it”, I detect the dread hand of my old foe: respectability politics. But at the same time, no one is looking to Styles for queer cultural criticism. Some people have leapt on his comments as evidence that he’s not legitimately queer, but I don’t buy this for a second: complaining about gratuitous sex scenes is something which gay people have been doing for years. Being this prudish and annoying about sex scenes is, regrettably, one of the most queer things he’s done in public.

Elsewhere in the interview, Styles alluded to his own journey towards “getting comfortable“ with his own sexuality, echoing past occasions where he’s intimated that he might be queer. Continuing the most insufferable bit of discourse on the internet, some people accused him of “queer-baiting” (essentially, pretending to be queer for profit when you’re not) – the implication being that Styles is really just a straight guy. Whether he has some kind of ethical obligation to out himself before commenting on queer issues is a separate question (I would say not), but his accusers really need to get better at reading between the lines… I’ll say no more and leave it at that ;).

harry styles when he finds out gay sex is two guys having sex: pic.twitter.com/mTJCX1IJGBhttps://t.co/VxjX5Egco5

The controversy took a turn for the absurd when hook-up app Grindr decided to take a pop at Styles, tweeting “Harry Styles when he finds out gay sex is two guys having sex” alongside a reaction video of a woman gasping. This prompted a furious backlash among Style’s fanbase, one of whom accused Grindr of being homophobic: “Like are u done?” they fumed. “Did you get all the clicks and the attention you wanted?? Great now get you homophobic ass off this app.” People were quick to mock this, but considering how much misery Grindr has inflicted on the gay community, perhaps denouncing it homophobic isn’t too far-fetched. In this fight, I'm backing the Harry stans.

In conclusion, Style’s remarks were a little tone-deaf and basically wrong, but the people demanding he prove his queerness by sucking someone’s dick live on stage are infinitely more annoying. We should allow anyone, whether or not they’re a celebrity, the space to be ambiguous; to define their sexuality on their own terms or not at all.