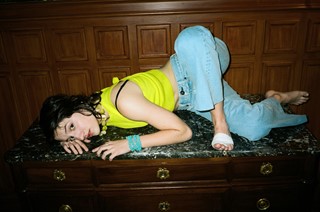 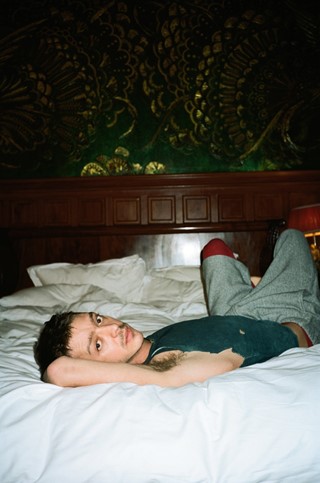 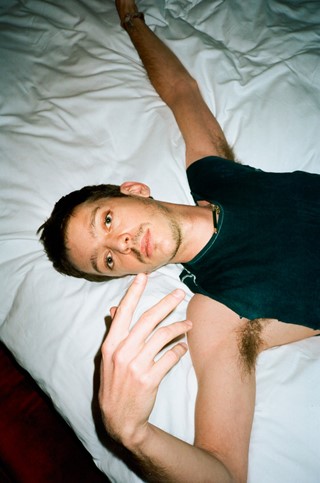 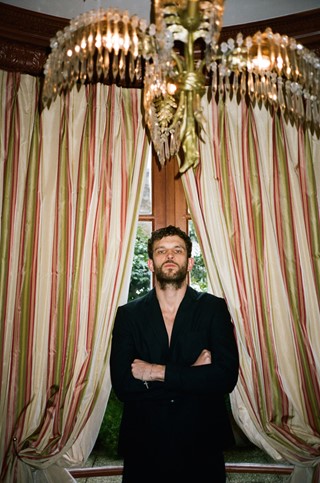 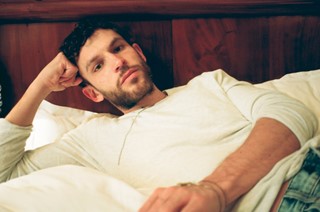 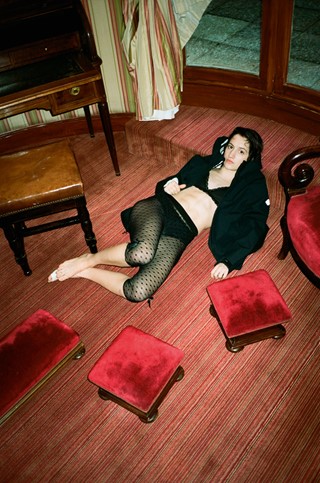 Taken from the spring/summer 2018 issue of Dazed. You can buy a copy of our latest issue here.

Nahuel Pérez Biscayart’s indelible turn as whipsmart, HIV-positive activist Sean is the beating heart of 120 BPM (Beats Per Minute). “The idea was not to reproduce or mimic a period of time,” he says of his part in the film, a fictionalised take on the Act Up collective’s crucial campaign work for gay rights during the Aids era. “It was more about capturing the energy of the people.” Biscayart commands the screen in Robin Campillo’s urgent 90s-set drama, from his “pom-pom girl” chants at a gay pride march to tender scenes with his on-screen lover (Arnaud Valois). During filming, the Buenos Aires-born actor starved himself down to a skeletal frame to embody his character’s struggle with Aids, but took it all in his stride for a project he believed in. “Of course it was hard, but the whole film was a challenge.” Biscayart’s breathtakingly raw performance won him a best newcomer trophy at the French Oscars, the Césars. If Hollywood could open its mind more to non-English language films, he’d be up for an Academy Award too. But Biscayart points to other meaningful products of the film’s success. “It’s important to look back.”

“It’s important to remember that homosexual women are also affected by this virus,” says Aloïse Sauvage. “Their fight – often forgotten – is the same.” As plain-spoken Act Up member Eva, Sauvage brings focus to the group’s actions against homophobic authorities and greedy pharmaceuticals, helping to make their flashier protests a reality. In the film’s gripping debate scenes, her no-nonsense approach is crucial. “Eva is there to make sure that the discussion gets somewhere. It’s only her commitment to Act Up that matters.” With guidance from director Campillo, a former Act Up member, Sauvage immersed herself in news archives to prepare for the role. She and the cast were given access to France’s National Audiovisual Institute, where they discovered reports of Act Up’s exploits, including an ambitious but never realised plan to dye the Seine blood-red in protest at government inaction. Sauvage is used to taking on bold projects – she also makes dazzling synth-pop and is a modern circus performer – but her role in the film has given her new self-definition. “120 BPM allowed people to put a face to my name, and I hope it will inspire other directors to believe in me,” she says. There’s just one downside. “I’ve forgotten what the word ‘holiday’ means!”

Arnaud Valois felt personally drawn to the hard-hitting yet heartfelt script of 120 BPM. “It’s because I’m gay myself,” he explains. “It’s in my genes; it’s in my history.” But when the chance to play thoughtful, caring activist Nathan came up, the 34-year-old had all but abandoned his long-held dream of acting, quitting the industry to work as a massage therapist. Luckily, Campillo saw Valois’ photograph on Facebook and knew he’d found the perfect face for his film. An intimate, bare-chested audition with co-star Biscayart confirmed the match wasn’t only skin-deep. “Something happened with our chemistry,” says Valois. “It just clicked.” The Lyon-born actor is an anchoring force in the film, with his inward-looking performance lending poetry to the chaos of political protest. Bold, uncompromising acting fascinates Valois – he cites the work of Isabelle Huppert, who’s been an idol since he saw her deranged performance in The Piano Teacher. But this spring, Valois is switching it up, taking a role in French director Lisa Azuelos’ new comedy Mon Bébé, in which he plays the lover to a mother-of-three. Quite different, then. “Yes,” he laughs. “No one cries!”