Kim Jones debuted his AW23 collection alongside the Giza pyramids, but left out the era’s mustachioed fingers 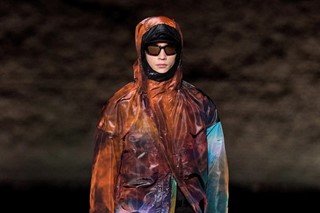 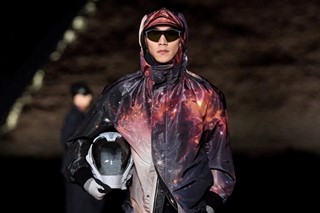 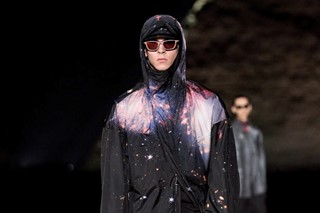 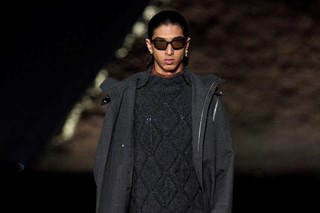 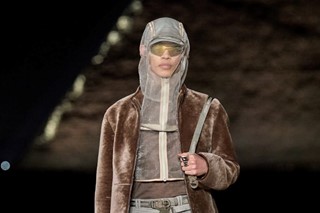 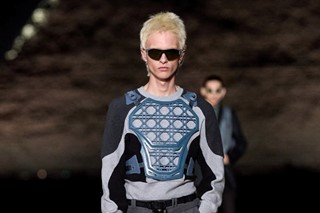 Backdropped by piles of old, crumbling bricks on the outskirts of Giza, this weekend Kim Jones paid homage to one of the last remaining wonders of the world: the 2010s galaxy print. First popularised somewhere around Christopher Kane’s SS10 collection, interstellar tights, Lita boots, and disco dresses were once a lodestone for the kind of person who liked to Sharpie mustachios on their index fingers and upload photos of typewriters onto Instagram. But when the hipster fell out of vogue in the mid 2010s, so too did their love of star-gazing – that is, until now.

As part of his AW23 collection at Dior, Jones covered leggings, bombers, anoraks, and roll necks in hyperoptic galaxy prints, all swirling balls of gas and spangled constellations made in partnership with NASA. Having swapped Paris for the Giza necropolis – home to the 4,500 year-old pyramids – the designer refrained from reproducing any stereotypical depictions of hieroglyphs and Pharaohs, choosing instead to draw inspiration from Ancient Egypt’s obsession with astronomy. There were 75 looks in total – a reference to the number of years since Christian Dior founded the fashion house in 1947 – and they ran the gamut of dusty kilt-trouser hybrids, space-age helmets, bulbous desert boots, organza bombers, and 3D-printed breastplates.

That Jones managed to convince UNESCO to hand over one of its most sacred heritage sites was evidence of the newfound prestige that fashion has placed in the destination show. So too was the designer’s collaborative feature, which this season came via Tremaine Emory of Denim Tears. Dubbed “Dior Tears”, the link-up debuted in Cairo 24-hours before the big necropolis showdown and included baggy denim ensembles, Saddle bags, and fuzzy knitwear in vibration-raising stripes. With all its miniature briefcases and terracotta outerwear, the collection seemed to gesture towards an archeologist’s wardrobe. “It’s that fascination with the ancient world and the parallels with what we look at today; what we inherited from them and what we are still learning from the past,” Jones said of his AW23 project – 2010 galaxy prints included.