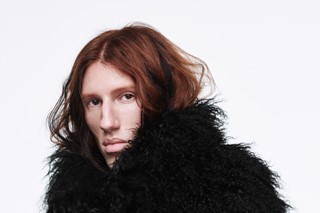 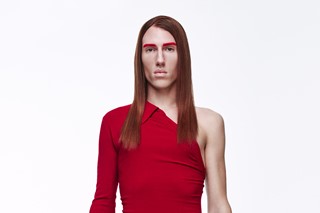 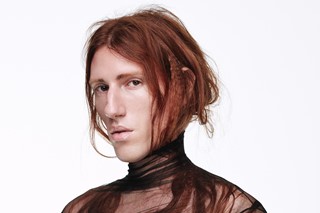 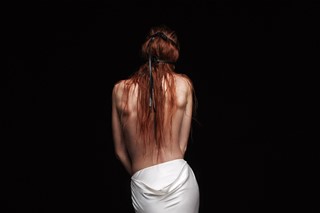 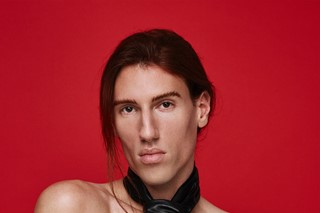 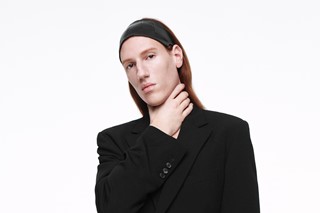 Ludovic de Saint Sernin has uploaded a slew of semi-nude photos on Instagram to broadcast himself as the new creative director of Ann Demeulemeester. Something about a rebirth, something about power, there are loads of ways to unpack why a designer might feel the need to pose erotically whenever they get a new job – like when Daniel Lee and Matthew Williams both stripped off at the beginning of their Bottega Veneta and Givenchy tenures. Photographed by Willy Vanderperre and styled by Olivier Rizzo, for de Saint Sernin, the decision seems to gesture towards the “sensuality, tension, silhouette, fluidity, [and] wildness,” that he promises to bind to the 37-year-old brand.

Of course, Olivier Rousteing, Riccardo Tisci, Tom Ford, and Yves Saint Laurent have all been known to bare their bodies – albeit more casually. Having entered into fashion consciousness in 2017, de Saint Sernin has built his brand on diamanté-encrusted underpants and rhinestone halter-necks, which might seem at odds with Demeulemeester’s boho asceticism until you see side-by-side images of their subversive corsetry, slogan vests, and rakish models. Originally one of the Antwerp Six, Demeulemeester left her namesake brand in 2013 and it has since struggled to maintain its cult-like following. Perhaps some micro-minis, shrunken mesh tops, and thongs will help to breathe new life into the label.

Like Demeulemeester, de Saint Sernin was born in Belgium, references Robert Mapplethorpe, and mines the tension between masculine and feminine in leathers, feathers, and fluid tailoring. The designers first collection for the house will be unveiled during Paris Fashion Week in March next year – compounding a series of major movements within fashion. This year alone, Matthieu Blazy was appointed to Bottega Veneta and Daniel Lee to Burberry, while Raf Simons shuttered his beloved label to further focus on Prada and Alessandro Michele was ousted from Gucci. As for what to expect from de Saint Sernin, his photoshoot travels through Demeulemeester’s back catalogue, dredging up shear knits, bias-cut mermaid skirts, and shaggy shearling collars.