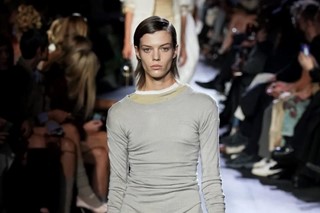 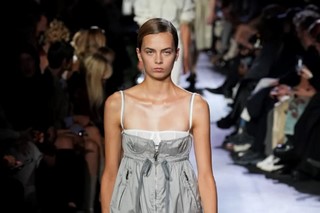 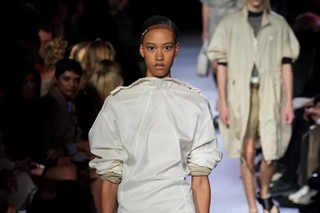 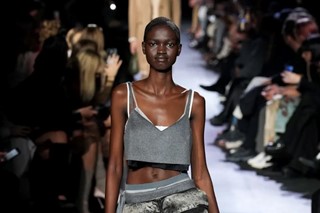 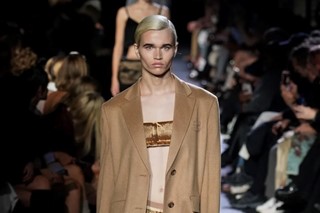 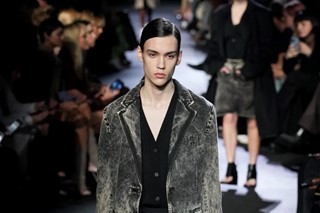 With all their imposing accessories and overblown branding, Gucci, Balenciaga, and Off-White have monopolised the top positions of leading consumer reports since the mid 2010s. But, as of today, their jostle for attention has now come to an end, as Lyst crowns Miu Miu as the world’s hottest brand. “With the highly anticipated return of menswear for AW22 and an SS23 collection that generated over 23 million views on TikTok, Miu Miu was the brand to watch on the runway, and searches for the label increased 34 per cent year-on-year,” its research stated, sounding the death knell for a decade’s worth of hypebeast braggadocio.

All skanky mini skirts, ballet pumps, and jewel-encrusted slips, Miu Miu has managed to etch itself into the zeitgeist – helped, of course, by its viral two-piece. That which seems to have become increasingly threadbare with every editorial, is one of the industry’s hardest working success stories. Hot on Miuccia Prada’s heels this year was Glenn Martens, who repositioned Diesel as a lodestone for sexy and silly fashions. “In April, the label became one of the hottest brands of the year, entering the Lyst Index for the first time at number 15. In June, its sellout 1DR bag became the most wanted accessory in fashion and saw a 248 per cent increase in searches,” the report detailed, naming the Diesel logo as the most desirable of the year.

Elsewhere, Barbiecore was named the trend of the year – because of the Greta Gerwig film and Valentino’s lean into hot pink – while Jacquemus and Nike scored collaboration of the year and Bella Hadid was celebrated for her viral Coperni appearance and bizzaro style. Thoughts and prayers go out to Megan Fox and Machine Gun Kelly, though, who were pipped to the power couple post by Kourtney Kardashian and Travis Barker, while Kim Kardashian scored red carpet moment of the year for her Marilyn Monroe cosplay. Get the full lowdown on this year’s report here.

Join Dazed Club and be part of our world! You get exclusive access to events, parties, festivals and our editors, as well as a free subscription to Dazed for a year. Join for £5/month today.
FashionNewsMiu MiuDieselBella HadidKim KardashianKourtney KardashianJacquemus