There’s been more flesh on the runway than there has been for years, but its libido has seemingly gone limp 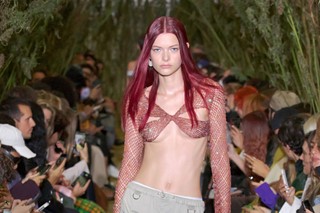 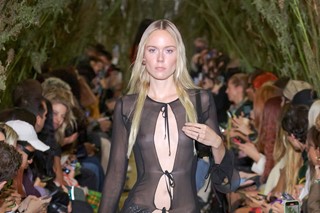 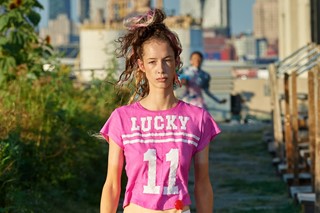 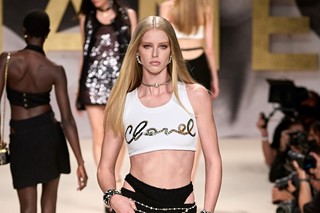 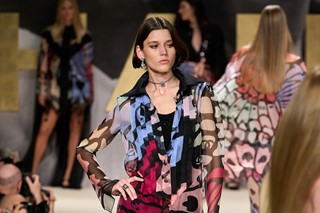 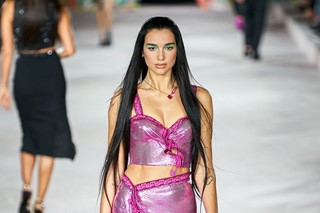 It was originally a disease. Coined by Johannes Hofer, a Swiss doctor in the 18th century, the term “nostalgia” referred to acute homesickness and was treated as a life-threatening disorder, remedied with things like drugs and amputation. Most often diagnosed in mercenaries who had been shipped off to war, the illness was said to induce melancholy, fever, and wild hallucinations. “The nostalgic embellishes memories, creating an ideal world where his imagination revels with an obstinate persistence,” an 1874 issue of Appleton’s Journal reads. While its meaning has shifted since then, the siren song of nostalgia, its capacity to consume, remains the same.

Embellished memories. Obstinate persistence. A longing for the past. Much of this could easily describe the SS22 runways, which trafficked the kind of clothing worn at the turn of the millennium back into the mainstream with near-identical designs. At Blumarine, Versace, KNWLS, Fendi, Eckhaus Latta, and Chanel (to name but a few) clothing came in skimpy and just a little bit trashy. Baby pink bandanas, low-slung bell bottoms, flouncy chiffon dresses, belly chains, and g-string inserts felt frivolous and light-hearted, knowingly vacuous in the same way that Paris Hilton pretends not to know what a colander is. Babetastic styles indebted to the ostentatious, gaudy silhouettes of early-aughts. And with that, most garments exposed some variation of thigh, midriff, hips, back, boob, or bum, meaning that for the first time in a long time, meat was back on the menu.

Because of this, the SS22 season has been earmarked as the so-called return of sex. Throughout fashion month, publications heralded the reemergence of the body with headlines like “NYFW: The new american sexy”, “London Fashion Week is back! And it's sexier than ever”, “At Milan Fashion Week there's freedom in dressing sexy”, and “At Paris Fashion Week, designers presented a sexy summer dress code”. Sure, there was skin on show, but that doesn’t necessarily equate to desire. Did any of it induce the kind of tectonic plate-shifting levels of horn that pictures of Oscar Isaac wearing brown corduroys did to thirty-something women on Twitter? Probably not. The dominant look this season is pretty and sassy, perhaps saucy at most. But real sex is none of those things. It’s messy, freaky, and uncomfortable. And although we saw a pretty fragile proposal of sensuality at Prada – with dresses fastidiously peeled at the back like dainty gift wrapping – it was Miuccia who said that “ugly is attractive, ugly is exciting”.

Obviously, being sexy means different things to different people, but when it’s as ubiquitous – and available – as has been suggested, it loses all potency. It becomes a cliché, or superficial, by means of endless reproduction. At this point, “sexiness” has permeated fashion’s water supply and left us all impotent, which is a phenomenon reflected in wider society, too. Despite relaxing attitudes, OnlyFans, and a hypersexualisation of pop culture, people just aren’t bonking like they used to. Ironically, libido levels have been falling since the Y2K era, by 20 per cent in fact, according to the National Survey of Sexual Attitudes and Lifestyles, with less than half of us doing it once a week. There are so many things that could explain our collective chastity – screen time, anxiety, dating apps, porn, the drudge of WFH – but it seems that “hot vax summer” did little to buck the trend, with 88 per cent of singles less interested in sex than they were pre-pandemic.

This considered, it’s interesting that the reigning mascot of the SS22 season has been the butterfly, which makes a grisly metaphor for our current moment. First popularised by Emanuel Ungaro in the year 2000, butterflies have regained their wings some twenty years later at Blumarine, Prada, Masha Popova, Collina Strada, Chanel, Ninamounah, and Moschino. Famed for its elusive beauty, the insect literally dies, or at least begins to perish, whenever it comes into contact with human skin. In fashion, then, a butterfly buckle, bralette, or bikini bottom reads as an attention seeking ‘no touching’ sign. And sometimes this sentiment was quite literal, like at Ottolinger, where sinuous gowns came with 3D arcs to shield the body. Or at Nensi Dojaka, where diaphanous slips were paired with slim-fit cigarette pants and bulwark-shouldered blazers.

It’s also worth interrogating who exactly gets to feel sexy in these kinds of looks. The early 00s were an era when the joint forces of body shaming and misogyny converged terribly, where gruesome paparazzi would shove their cameras up skirts, bookended by heroin chic and the rise of tabloid culture. The dearth of curve models at certain Y2K-leaning shows felt shockingly backwards because of this, not to mention that many women simply don’t feel comfortable wearing flimsy, hip-hugging items of clothing, even if we have pushed beyond the notion of “dressing for your figure”. If in doubt, that sentiment was evidenced by the likes of Grace Brown, Jill Kortleve, Precious Lee, and Paloma Elsesser this season, who made a winning case for Fendace minidresses, Balmain bodycons, and skintight swimwear – which was yet another way in which nudity came to the forefront.

Throughout SS22, designers like Maryam Nassir Zadeh, Coperni, Rejina Pyo, Chet Lo, and Kiko Kostadinov had all been swimspired, offering up bikinis, twisted tanks, and lycra crop tops, which despite being flirty, louche, even blasé, did not telegraph sex. That’s because there’s nothing subversive about seeing the naked body in swimwear, which is where so much of this season’s alleged sexuality went limp. None of it was transgressive enough. Low-slung trousers are not arousing in the same way that Alexander McQueen’s bumsters were, for example, which felt disobedient and weird. To inspire the erotic, there needs to be an element of the perverse, something off-kilter to titillate and surprise, otherwise it just ends up feeling shallow or narcissistic. The season’s most libidinous collections – Schiaparelli , Rick Owens, and Miu Miu – were provocative not in the hemlines they shaved off but in the lines they had crossed. Be that in fetishising dismembered body parts or pornifying frumpy office attire with all the brashness of Jodie Marsh, it’s the difference between doing sexy and being sexy.

But subversion isn’t the MO of today’s culture, which takes place primarily online, reproducing whatever it is that appeals most to the feed in an infinite loop. It means these scantily-clad, mimetic styles, which may have felt provocative in the noughties, are now driven by social media, triggering the same double tap response as a paparazzi shot of Linsday Lohan stumbling out of a cab or the Olsen twins haunting some Brooklyn sidewalk pre-The Row. Fashion, it would seem, is less “a reflection of society”, but of the algorithm’s slow, unyielding churn – the result of a flattened culture that favours entertainment over originality. And yet blinged-out, tacky looks are just that; they’re entertaining. After all, the whole point of being stunning, rich, and trashy is to at least enjoy it. To remedy malaise and distract from the feeling of an encroaching apocalypse. Perhaps, then, nostalgia is not so much a libido-halting delirium, but a daydream, unencumbered by matters of the body, a Pepto Bismol glaze for the mind. Just don’t look too close, though, because like a butterfly, its allure will quickly vanish.