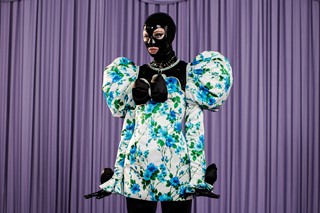 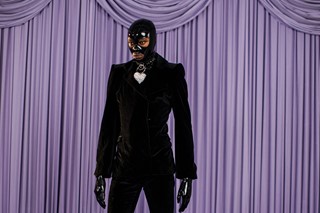 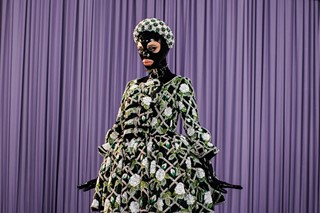 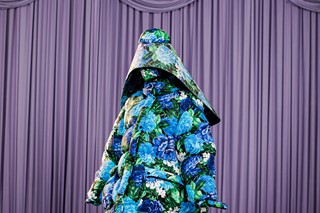 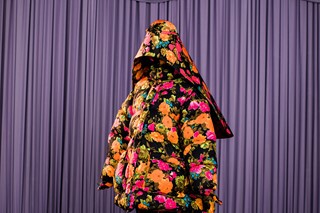 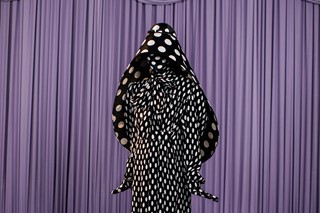 Richard Quinn is back, and he’s arrived with a whole host of cats, queens, and cowboys, who populate a technicolour London in the designer’s self-directed film for AW21, which arrives in place of a traditional runway show.

Beginning on the streets of Soho, the video offers a glimpse at an alternate reality where latex-clad felines roam the city — Cats, but make it fashion — and everyone is dressed by Richard Quinn, obviously.

Looks from the AW21 collection can be spotted strutting down the wet pavement, to a soundtrack of “I Feel Love” and Underworld’s “Born Slippy”. Meanwhile, Drag Race UK stars Bimini Bon Boulash and Tayce pop up to model fetishwear and a structured sequinned gown, respectively, in neon-lit shop windows.

Moving off the dark streets, the film guides us through a series of increasingly-outlandish settings, from a music box filled with ballerinas (in more black latex, layered with crystal-studded dresses), to Quinn’s atelier, where the mannequins come to life, whisking the protagonist into a Lynchian ballroom.

Watch Richard Quinn’s AW21 film below, and take a closer look at the collection in the gallery above.