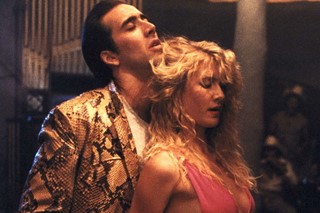 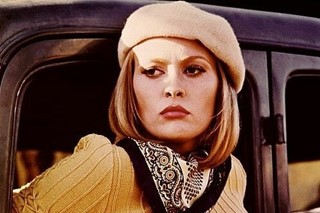 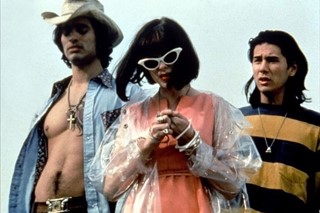 Since its release over 25 years ago, True Romance’s influence on popular culture has done little to diminish. From Charli XCX dipping into the cult movie for inspiration for her 2013 album of the same name, to Cassie from Euphoria referencing it when it came to her Halloween costume, Alabama and Clarence and their Hawaiian shirts, Elvis-inspired shades, and cow-print minis, remain, as they ever were, so cool. In fact, LA-based label Pleausres just launched its own homage to the cult classic today.

It’s not just the Worleys ambarking on their well-dressed drug deal gone wrong (and then ultimately right) that captured our collective attention though. There’s something about the style of lovers and friends gone rogue that we just can’t get enough of: whether it’s Thelma and Louise on the run from the law, driving across the desert in their double denim ensembles or Mickey and Mallory Knox (aka the Natural Born Killers) causing havoc in a series of uber-90s looks that could have been ripped from the runway in the year of our lord 2020.

Here, with that in mind, we’ve rounded up some of the best-dressed couples on the run ever to hit our cinema screens – and given you a little inspo as to what to add to your watch list should you find yourself in quarantine in the process.

SAILOR AND LULA, WILD AT HEART

Nothing screams 90s crime love story quite like the on-screen looks of Nicolas Cage and Laura Dern as Sailor and Lula in David Lynch’s Wild at Heart. With the couple skipping parole to drive down to California, the couple’s style perfectly represents the kitschy, sometimes trashy style of the decade, with slinky bodycon dresses, tiny leather bralettes matched with leopard print trousers, and monochromatic black on black looks all on the line-up. From the very first scene, in which Sailor sports a colour-blocked blazer and Lula wears a neon coral dress with a thick choker (because it’s 1990, why not), and all the way to the unforgettable moment when Lula, in a Sandy from Grease-esque all black bodysuit and jeans look picks up Sailor from jail and hands him his snakeskin jacket – the film hands us endless fashion inspiration, with each look imbued with hidden meaning. “Did I ever tell ya that this here jacket represents a symbol of my individuality, and my belief in personal freedom?” asks Sailor in the film. We rest our case.

While the audiences at Sundance night not have appreciated Doom Generation at first viewing, Gregg Araki’s 1995 movie quickly went on to become a cult classic among a disillusioned generation. After accidentally murdering a shop clerk, lovers Jordan and Amy, played by James Duval and Rose McGowan go on the run – wearing a succession of subversive, seemingly thrown-together looks. With her sharp bob haircut, and white cat-eye glasses, Amy emulates pure rock and roll. “She was a direct reference to ‘that chick’ that used to hang out with bands. Not a chick in a band, but a chick that used to hang out with bands,” the film’s costume designer, Cathy Cooper, told Dazed. Her most bad-ass looks in the film include a black mini layered with an oversized police jacket and a pink dress with a clear plastic trench on top. Jordan, on the other hand, favours oversized t-shirts and black graphic muscle tees, always paired with a thick silver cross chain.

Based on a Quentin Tarantino screenplay, in Natural Born Killers, husband and wife Mickey and Mallory Knox are the coordinated couple goals for partners everywhere – minus the countless violent murders, of course. Released in 1994, the most recognisable scene sees the couple effortlessly leaning on their red-hot conversible – Mickey dressed in a sheer red t-shirt, blue denim jeans, a western belt-buckle, and a leather jacket thrown on top, with Mallory in a monochromatic red look with a mini crop top, belted red jeans, and a scarf tied around her neck. Oh, and don’t forget Mallory’s scorpion tattoo peeking out of the jeans (so 90s). Could Mickey and Mallory be the reference point that inspired Justin Timberlake and Britney Spears’ matching denim on denim looks just years later in 2001? We can neither confirm nor deny.

A cult feminist film as relevant as it was in 1991 as it is 29 years later in 2020, Thelma and Louise, stars Geena Davis and Susan Sarandon earn a well-deserved place on the list of best-dressed crime couple flicks. In the film, the friends head off on a road trip, making an ill-fated stop off at a bar where Louise shoots a man attempting to rape Thelma in the parking lot. Fleeing to Mexico with the police in hot pursuit, the duo turn a series of Western inspired looks, including denim jackets, high-waisted stonewash jeans, cowboy boots, huge glasses, and wraparound headscarves, emphasising that women can be sexy and strong, masc and femme, and courageous and vulnerable all at the same time.