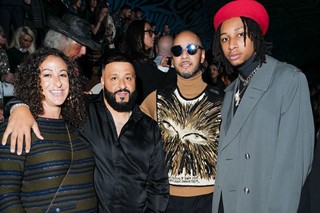 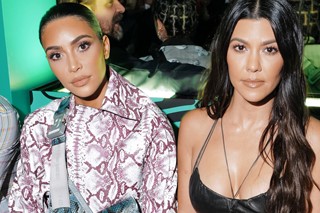 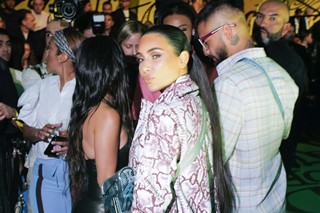 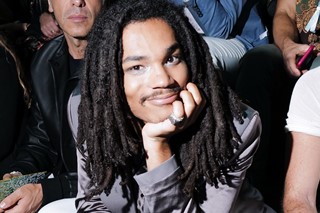 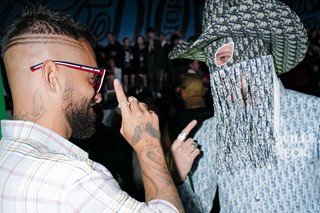 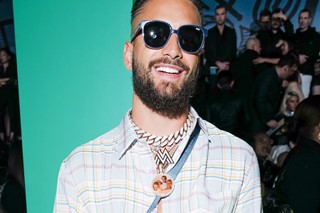 Last night, while the UK slept through sub-zero temperatures, the fashion set were in Miami at the invitation of Kim Jones, who opted to show his Pre-Fall Dior menswear collection at the legendary American beach resort. Here’s what you missed.

THE FROW WAS MAJOR

Against the backdrop of the blue Floridian sky, a bright yellow showspace had been erected and lined with colourful vintage American cars. Emblazoned across it were Dior graphics imagined by legendary Stüssy founder Shawn Stüssy, who Kim Jones revealed he was collaborating with this season earlier this week. Inside, the catwalk ran through a green gradient tunnel, on which more illustrations could be seen. Stüssy follows in the footsteps of KAWS and Daniel Arsham, who have both designed Dior show sets since Jones joined the fold.

ANOTHER BIG COLLAB WAS REVEALED

Jones is a longtime fan of Nike’s Air Jordan 1, so it made sense that he decided to collaborate with the sportswear label on a v special Dior iteration of the legendary sneaker. In celebration of the first Dior show in the US, the designer announced the launch of the AirDior AJ1, which features the Parisian label’s iconic monogram throughout. Seemingly, it’s set to drop in April 2020.

THE COLLECTION ITSELF? PURE MIAMI VIBES

...with beachy, surf-inspired looks sitting alongside Dior’s classic tailored styles. Trench coats in sherbet hues were layered over logo-emblazoned knitted sweaters and leather, snakeskin shorts, while the kind of luridly patterned short-sleeved shirts Stüssy was famous for in the 90s (this time beaded to within an inch of their life) were teamed with slim, ankle-grazing trousers. Accessories came in the form of 90s-style bucket hats, again designed in collaboration with Shawn Stüssy, aluminium water carriers, tropical flower corsages, ball-ready fans, and Stephen Jones-designed berets seemingly for the beach (into it). Of course, there were a bunch of new Saddle bag styles too, with tiny ones clipped onto belt buckles, and a new, stand-out snakeskin version, which Kim Kardashian proudly showed off in an IG post ahead of the show.