From New York punk Wren in Smithereens to Wild at Heart’s Lula Pace Fortune, we’ve put together a list of the characters epitomising what it means to be young, fearless, and feeling themselves 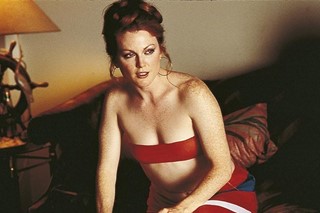 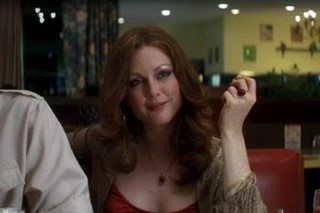 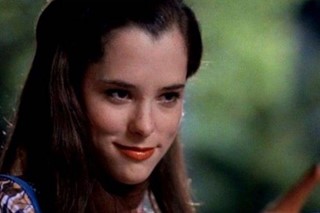 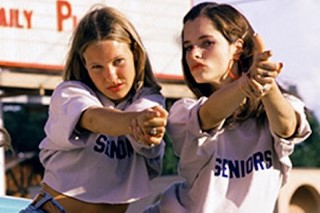 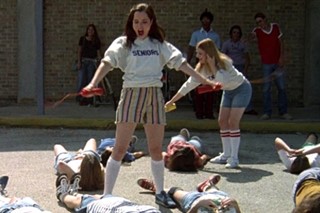 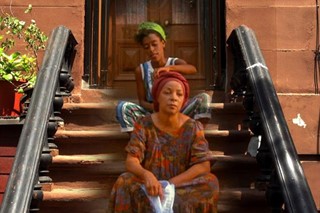 Thrust into our collective consciousness by Megan Thee Stallion a few months back, 2019 will forever be known as the year of the Hot Girl Summer. Taking on a life of its own across the TL, in the time since, the term has come to be a simple shorthand for what it means to be young, fearless, and feeling yourself, whatever your gender.

Though Megan might have coined the (uber-catchy) title, the energy those three words encompass is nothing new. On our cinema screens, confident, battle-hardened women have ruled for decades (and looked incredible while doing so). For them, when it comes to smashing down patriarchal oppression enforced by cheating husbands, terrible parents, and misogyny at large, the heat has never been an issue.

From Tura Satana’s plunging jumpsuit in Faster Pussycat, Kill! Kill!, to Rihanna's electric blue gele in Guava Island, we take a look at some of the films whose protagonists personify the HGS spirit – while providing you with a little inspiration for the last days of your own Hot Girl Summer.

If you’re unfamiliar with cult 1993 movie Dazed and Confused, let us fill you in: it’s unlikely you’ll ever come across a more terrifying teenager that Parker Posey’s steely senior Darla Marks. A freshman’s nightmare who switches from sports socks and hiked-up shorts to a hiked-up shirt and hip-grazing flares, Darla’s look might comply with the uniform of her peers, but her attitude cuts through the potent haze of Richard Linklater’s sophomore feature like a knife. “Wipe that face off your head, bitch,” she spits at a young protégé from amidst a pristine combo of curled, glossy hair and red plastic earrings. Not one to fuck with, basically.

Thirteen caused a scandal when it was released back in 2003, as Catherine Hardwicke’s fable about a pair of barely-teenagers encapsulates every mother’s worst fears: vast bare midriffs, thick eyeliner, and, as a taunting Tracy (Evan Rachel Woods) coos to her mother “No bra, no panties”. In Thirteen, the high schoolers’ summer clothes form an unspoken line of communication. For Evie (Nikki Reed) it’s a siren call to her peers: she’s a woman amongst girls now, and she demands to be treated as such, while Tracy’s skin-tight baseball shirt becomes an invitation into Evie’s dangerous and desirable world – a world full of drugs, violence, sex, lowrise jeans, lingerie-like tops, and freshly pierced bellybuttons.

Rihanna’s loved-up factory worker in Guava Island may not have been the role that she was born to play, but her performance peaks in one single shot: a side-on glare when she appears shrouded in beads, feathers, and an African gele in rich blue hues. Styled by GQ fashion director Mobolaji Dawodu, Rihanna, co-star Donald Glover, and the rest of the cast’s clothes were sourced on location around Cuba, and mixed with handcrafted pieces and imported prints from America to reflect the balmy, quiet rebellion that lurks in Glover’s mixed-genre movie melody.

The New York of the early 80s was a legendary place when it came to creativity, with the likes of Jean-Michel Basquiat, Andy Warhol, David Byrne, and Debbie Harry among the most famous faces of the scene. Also carving out a niche for herself was director Susan Seidelman, as she got busy crafting a scrappy, lithe vagabond out of her own NY experiences.

As the lead protagonist of 1982’s Smithereens, Wren (played by Susan Berman) is a raw, amplified ball of New York in the summer, jumping around the city in pop-patterned sunglasses swiped from a woman on the subway, scuzzy t-shirts that barely scrape the bottom of her bum, and her signature red hi-tops, alongside Television’s Richard Hell. Later, Wren’s look would evolve to become Madonna’s Desperately Seeking Susan aesthetic, also directed by Susan Seidelman, but Wren, according to Seidelman, would forever be the OG.

Violently making it on their own in the California desert, the brazen band of go-go dancers in Russ Meyer’s Faster, Pussycat! Kill! Kill! know how to weaponise a wardrobe. Gang leader Vala (Tura Satana) sets off her second skin jumpsuit with leather boots and gloves built for heavy duty destruction, while partners in crime Rosie and Billie support in coquettish crop tops and low-slung flared trousers.

Upon its release in 1965, the exploitation movie was critically panned and chastised for its cleavage-heavy desert escapades, but in the time since it’s found a space as a cult classic among frustrated women around the world.

From coiffed Hollywood curls and polka dots to bondage bralettes and blown-out bangs, Laura Dern’s medley of looks in David Lynch’s sweltering romance bare the many faces of her character Lula Pace Fortune. Fiercely devoted to her felon boyfriend Sailor (Nicolas Cage, in that iconic snakeskin jacket), Lula’s hot pink body-hugging slips and beach waves may appear to be solely for his enjoyment, but dually enforces her own sense of direction: this is not a woman willing to stay in her hometown and play by the rules.

An honourable mention also goes out to Isabella Rossellini, whose thickset eyebrows, warm blonde wig, and dagger earring make her an equally enigmatic and strangely alluring addition to the line-up.

JADE, DO THE RIGHT THING

Ruth E. Carter won a 2019 Oscar for her costume work on Black Panther, but has been collaborating with Spike Lee since the very start. Do The Right Thing was her second film with the auteur after School Daze, and where she kits the sparring boys of Brooklyn out in primary colours and loose silhouettes to keep them cool in the high summer sun, for Jade – the younger sister of Lee’s delivery man Mookie, played by IRL sister Joie Lee – she brings a few inspired variations to the table, with the signature pastel pink, wide-brimmed hat that keeps her above the boys’ pavement wars among them.