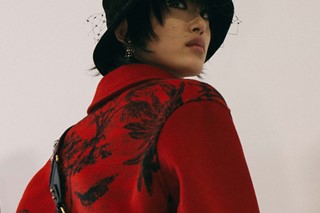 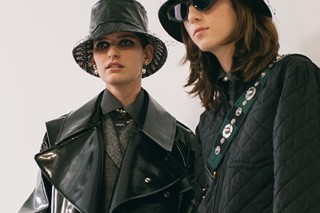 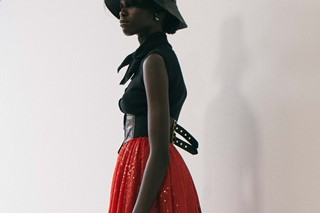 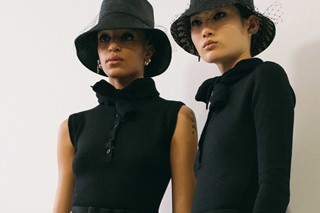 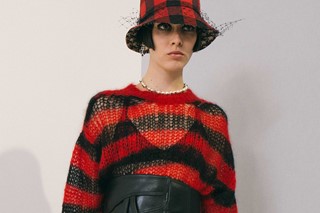 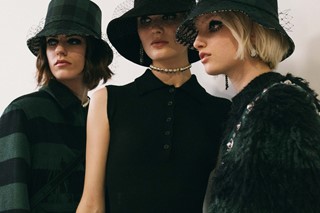 It’s a busy day at Paris Fashion Week, with Marine Serre presenting her vision for a post-apocalyptic future this morning, and the AW19 Saint Laurent show still yet to come. First up though was Maria Grazia Chiuri’s latest Dior presentation: here’s everything you need to know.

IT WAS AN HOMAGE TO KARL LAGERFELD

Following the passing of the legendary designer last week, a number of designers have paid tribute to him at their AW19 shows. This time, it was the turn of Maria Grazia Chiuri, whose show notes featured the message “In homage to the alchemist of elegance and beauty, Karl Lagerfeld.”

THE SET FEATURED AN ALPHABET

...which was a special commission created by Italian artist Tomaso Binga. In a set erected in the gardens of the Musée Rodin, huge panels depicted letters spelled out by photographs of the body of a series of various women, as inspired by some of Binga’s 70s works.

TEDDY GIRLS WERE A KEY INSPIRATION

While less well known than their male counterparts, the young women who skulked around post-war London wearing Edwardian tailoring and quiffed hair were no less formidable, as famously captured in Ken Russell’s photo series. Maria Grazia clashed this inspiration with that of Cecil Beaton’s famous portrait of Princess Margaret in Dior on her 21st birthday (which is currently on show at the V&A FYI), creating a collection that mixed teddy girl aesthetics with debutante style.

You might know Robin Morgan for her decades of feminist activism, including with the legendary group W.I.T.C.H. For AW19, motifs from her books Sisterhood is Powerful (1970), Sisterhood is Global (1984), and Sisterhood is Forever (1980) appeared across a series of washed-out, faded tees which had been tucked into high-waisted checked trousers and full, prom-style circle skirts.

BUCKET HATS ARE BACK

They’ve been slowly filtering in for a good few seasons now, but apparently for AW19, bucket hats are truly back. We're not entirely sure whether they were big in the 50s, but regardless, they accessorised every single look that came down the runway, appearing in leather, plaid, vinyl, and leopard print, with some featuring delicate lace veils. Other looks were finished with chunky CD logo belts, mirrored cat-eye sunglasses, and yes, more saddle bags! This time presented in bold red, white and black checks.

Watch a film with Robin Morgan and Maria Grazia Chiuri below.