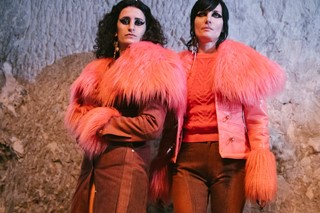 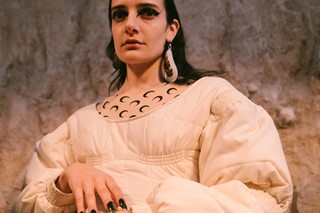 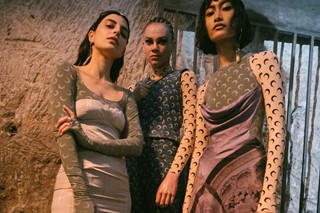 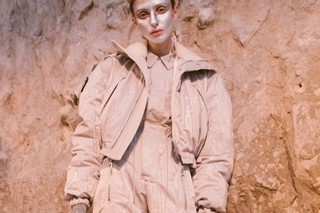 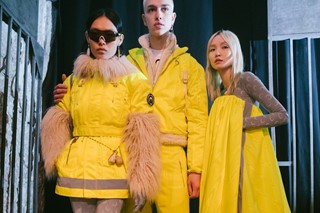 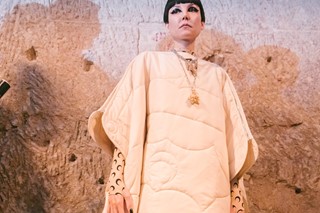 Unless you’ve been living under a rock – or perhaps, more appropriately, you’ve already retreated to your underground bunker – you’ll probably have noticed that much of Europe is anxiously enjoying a pretty unseasonable heatwave (although that might be an understatement). Meanwhile last week, in the Arizona Desert, actual snow fell. In the desert. Let that sink in.

The effects of climate change are becoming more and more evident with each passing year, as ice caps melt, heatwaves become more and more frequent, and freak weather incidents continue to occur on an ever-increasing basis. It makes sense, then, that a new generation of fashion designers are waking up to the impact the industry has on the planet, and setting out to make a change. Enter: Marine Serre.

The Paris-based designer, who cut her teeth at Balenciaga before going it alone with her eponymous label, has made a name for herself as one of the most exciting talents working in fashion today – with her dynamic and sustainably focused FutureWear, much of which is made using entirely recycled and reworked materials.

Following on from last season, when she presented a collection crafted from bed sheets and silk scarves, at her AW19 show PFW this morning Serre sent out a post-apocalyptic offering – entitled Radiation – designed with the all-too-real possibility of the end of the world in mind.

Making their way through the UV-lit, labyrinthine corridors of a cellar deep below the French capital’s streets, models wore full crescent-moon printed bodysuits that covered their entire faces, quilted fluorescent jackets, dresses, and trousers, as well as some pretty serious-looking breathing masks, which at first glance added to the overall #aesthetic (and subsequent IG posts), until the reality quickly sank in that it’s likely designers really will have to start incorporating items like this into their collections in the not-so-distant years to come. Elsewhere, garments were embellished with shells, coins, and computer chips, in reference to future-found artefacts of the world we once knew.

As we race at an incomprehensible pace towards a reality unknown, Serre continues to lead the way in imagining how the future might look for fashionable citizens of the planet – a future that, if we don’t get our acts together fast, is coming sooner than we think.