The American designer made his catwalk debut in Paris last night 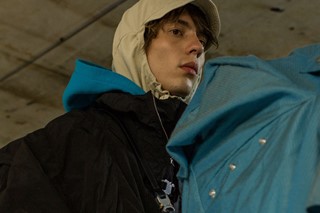 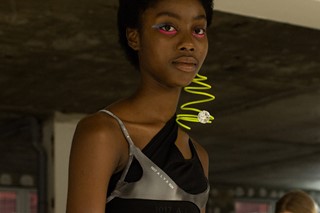 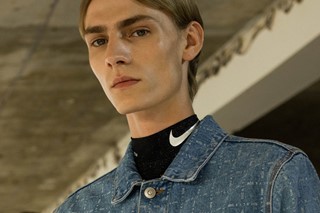 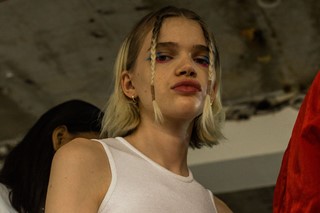 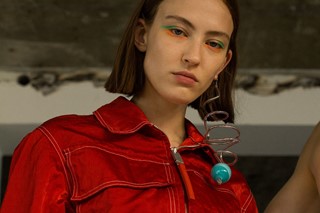 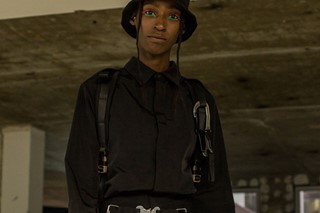 You know 1017 Alyx 9SM (formerly just Alyx) by now – if not for reaching the finals of the LVMH Prize, its recent Nike collab or its signature Rollercoaster belt, then at least for rarely being off the backs of models like Bella Hadid. Riding on the high of being commissioned to design a new ‘CD’ buckle for Kim Jones’ Dior menswear debut this week, designer Matthew Williams last night put on his first ever runway show in Paris. “It just felt like the right time,” he shared from a chaotic temporary studio space the day before, where it was all systems go as models came in an out for fittings. “I’ve always dreamt of doing it, ever since I started in fashion. Plus, we can count on some people showing up this time!”

That start came around a decade ago, when he logged experience as a creative director working with some of the biggest names in music (one of whom, a Mr Kanye West, could be glimpsed behind the DJ booth at the brand’s euphoric after party last night). From there, Williams became a founding member of influential creative collective #BeenTrill#, working with fellow designers Heron Preston and Virgil Abloh. The California native isn’t just worth knowing by association, though – since its first season for AW15, Alyx has been regularly making womenswear that women actually want to wear: blending Italian-made tailoring with street-ready pieces that regularly recall punk, fetish, and skate subcultures. Thankfully for the boys, it introduced menswear in 2017. Its rise has been somewhat stratospheric – the long queue snaking down the street of hopefuls trying to get in to see the show was a testament to that.

For Williams, who named the label (Alyx is pronounced ‘Ah-leeks’, FYI) after his eldest daughter with wife Jennifer, collections aren’t necessarily tied to certain broad references or generic print-outs on a moodboard. It’s more about tapping into his own memories. “We don’t really do themes, you know?” the designer says. “We’re inspired by clothing or we’re inspired by culture, music…” This season that emerged onto the runway in a co-ed collection which both presented and built upon the codes Williams has established at Alyx over the past three years – including the signature buckle, taken from a Six Flags rollercoaster ride; extremely technical fabrications mixed with industrial details; and a kind of hard-edged femininity which both recalls the spirit of heyday Helmut Lang and feels entirely essential for women right now.

Thanks to backpack-covering outerwear, shoes with detachable hiking soles by Vibram, caps with drawstring hood attachments, and the hi-tech sportswear touches brought in thanks to the Nike collaboration (including the first jointly-produced shoe), there was an element of the survivalist in the collection – a kind of urban adventurer preparing for both the elements and the pulsing dance floor of an underground club. The looks were modelled by a line-up featuring some familiar faces including model muses Molly Bair, Drake Burnette and Stella Lucia; Xim, a designer who is part of G-Dragon’s crew; and Ecco2k and Bladee, musicians from Sweden. John Ross, a teenage Instagram influencer with a slightly nihilistic personal brand better known by his moniker @interlockshorts, wore a black American flag sweatshirt and loped down the runway to Suicide’s “Ghost Rider”. “John Ross is like my little brother from LA – like a duplicate of me at seventeen,” Williams said.

“Regardless of all the other dynamics that happen in our country, you can’t change the fact that I’m American, and that experience has made me who I am” – Matthew Williams

Williams’ own California upbringing is also a major source of inspiration – although he relocated with his family to Italy to be close to the factories making his products, he’s still designing from an American point of view. Beyond the obvious motifs (and the unobvious ones, like prints made from photos Williams has taken over the years in cities like DC, LA and New York) this showed. Pieces of the collection – white tank tops, snakeskin pants, clompy square-toed boots – were pretty much the late-90s uniform of don’t-fuck-with-me girls like Buffy’s Faith, and it also felt heavy on the mall goth stereotypes: jeans had chains hanging off them or straps connecting the legs, one blazer had a crossbones pinstripe motif. If that sounds like a load of adolescent fashion clichés, it shouldn’t – the collection took these pieces and elevated them far, far beyond anything you’d pick up on a pilgrimage to Hot Topic.

And while it might seem like an interesting time to be gunning for the Stars and Stripes (when even famous aesthetic patriot Lana Del Rey recently announced she no longer feels comfortable using it in her visuals), Williams is candid about his motivations. “Regardless of all the other dynamics that happen in our country, you can’t change the fact that I’m American, and that experience has made me who I am,” he explained. “(With) the pieces, I still wanted to strongly say that I’m from California, New York, that I’m American… these are the things that are meaningful and important to me.”