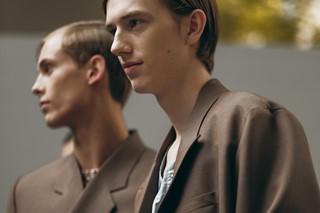 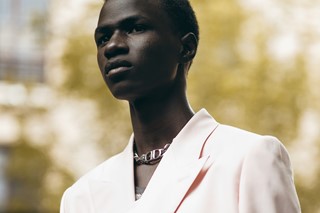 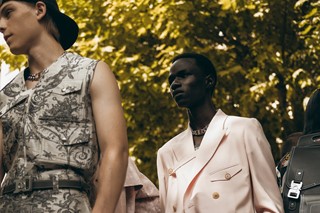 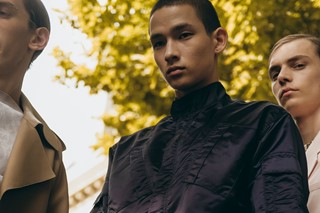 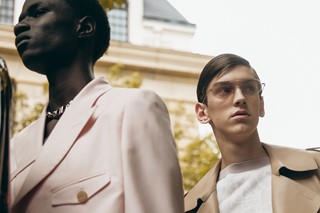 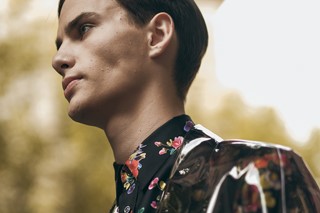 Paris menswear is onto the home stretch now, and after Virgil Abloh’s debut at Louis Vuitton earlier in the week, this afternoon it was time for another hotly anticipated show: Dior Homme. Here’s everything you need to know about Kim Jones’ first outing as artistic director of the French maison’s menswear line.

SOME AMAZING PEOPLE SHOWED UP

KAWS WAS COMMISSIONED TO CREATE THE SET

A huge sculpture by the artist – real name Brian Donnelly – formed the centrepiece of the circular set, made out of tens of thousands of black, white, and pink blooms. Jones, who has long been a fan of the NYC-based artist’s cartoon-like characters, also commissioned him to add his graphic take on the maison’s iconic bee iconography. Pre-show, Jones explained that he thinks KAWS is one of this generation’s most important creative figures: “Everyone loves his work, they understand it, it’s easy, it’s great. So I commissioned him to do the bee and also the set for the show.” The designer had also been teasing the show, posting a series of celebrities holding Dior-wearing KAWS’ BFF stuffed toys to his IG over the course of the last few days.

THE COLLECTION WAS AN INTERPRETATION OF MR DIOR’S CODES

“I looked at the women’s archives, I looked at Mr Dior’s personal life but everything was really from the beginning of the house,” Jones explained of his inaugural collection, which was opened by Denmark’s Prince Nikolai. The result was a softer way of doing tailored menswear, with pastel short suits, unstructured overcoats and loose silhouettes all key. Christian Dior’s couture pieces inspired the fabrications, with Toile de Jouy – chosen by Dior as the wallpaper in his original boutique on the Avenue Montaigne – and florals taken from his dinner service featuring as prints throughout. Also making plenty of appearances across sneakers, sheer vests, and a more masculine update on the label’s iconic Saddle bag was the Dior monogram.

A SIDE BUTTONING SUIT WAS A KEY LOOK

...which Jones sent down the runway in lots of different colours. “This suit is one of the important looks of the show. It references one of Mr Dior’s early works, which he called the Oblique – so we called it the Oblique double-breasted suit,” explained the designer.

JEWELLERY DESIGNER YOON ALSO MADE HER DEBUT AT THE HOUSE

Ambush's Yoon, Dior's new jewellery designer presented a series of blinged-out dog bone pieces to finish the looks, as inspired by Mr Dior's dog Bobby. “I’ve known Kim for a long time so I know what he likes and also Dior has the infrastructure to make anything you like so you can mix lots of ideas and make them come to life,” she said of the last two months working at the maison. Designer Matthew Williams of Alyx also created a special CD buckle, which appeared on belts and caps – underscoring Jones’s vision for Dior as one of collaboration.