After cutting his teeth at Céline and Louis Vuitton, Korean designer Rok Hwang founded his own label – Rokh 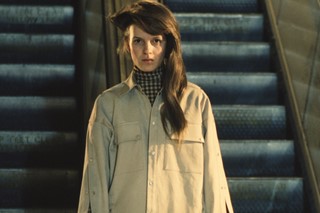 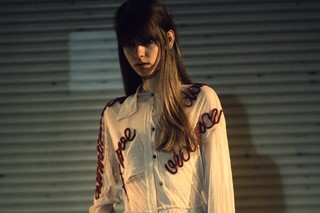 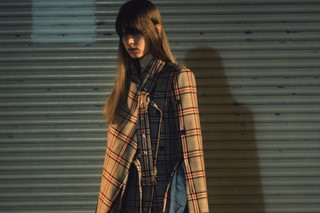 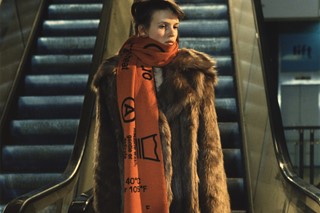 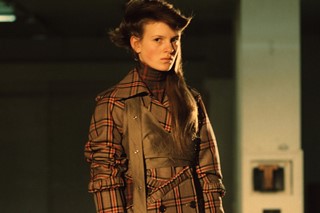 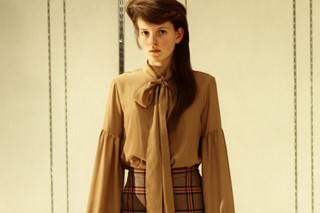 In just under two weeks, the winner of this year’s LVMH Prize will be announced. Among the nine finalists hoping to snatch €300,000 and a year’s worth of mentorship are A-COLD-WALL*’s Samuel Ross, Charles Jeffrey, and Dazed 100er Ludovic de Saint Sernin. And while his label is still in its infancy – it was founded in 2016 – London-based designer Rok Hwang (of label Rokh) is also in the running for the accolade.

Originally studying menswear at Central Saint Martins, Hwang was convinced to pursue womenswear by late legendary tutor Louise Wilson, and, following his graduation, decided to work in the industry rather than starting his own label immediately. After stints working at Louis Vuitton, Chloé, and Céline under Phoebe Philo, the designer decided to put those lesson to the test with his own brand. “Luxury can be many different terms – you can have a strong visual – but the quality of the garment has to be there too,” Hwang explains.

“We want to do everything in the correct way, and not rush it and put out something that is a miscommunication” – Rok Hwang

Since then, Rokh has become known for its ultra-chic subverted classics. Think deconstructed trench coats and traditional menswear fabrics reinterpreted in feminine silhouettes. Distancing himself from the ‘strong woman’ narrative, Hwang instead wants to highlight the beauty in fragility. For the label’s first few collections, models always appeared in Margiela-esque facial coverings, protecting them from viewers. “If you think of it as a movie, strong women would be action, but my approach is more like creating a documentary,” he says.

Despite the increased attention around him and his label, Hwang is not letting it change his approach and is intent on staying as humble as possible. “I always like to say it as ‘we’ – it’s teamwork,” he tells us of his team. “Nothing can be done alone.” He isn’t in a rush to grow the brand suddenly either, even if he takes home the competition’s top prize. “We want to do everything in the correct way, and not rush it and put out something that is a miscommunication,” Hwang continues. “I don’t want to burn the brand!”

Here, we talk with the designer on launching Rokh, and what his plans are for the future.

What made you want to work in the industry after graduating, rather than starting your own label?

Rok Hwang: I think there was a lot of interest from people asking me to start my own brand but I trusted my gut and felt like I wasn’t ready to do it. I saw many people who had started and then failed and I didn’t want to go down that route. I wanted to go and actually experience the industry.

You worked at labels like Céline, Chloé, and Louis Vuitton. What did you learn there?

Rok Hwang: Phoebe (Philo) is a very empowering person and she has such a good way of looking at clothes, so for me to learn that was critical – the construction of the garment or the position of the cutting.

My biggest lesson was understanding the work that you have to put in and that nothing comes easy. I also think on a social level, understanding how many people it takes to create something, or even just to do a shoot – you need the right person who can project your vision. As well understanding the construction or the nature of the business, you need to know how it all works, and how to build it.

“I always wanted to project my woman as a little fragile, someone who is not that confident. It’s kind of also referring to my own personal emotions that I had during my youth” – Rok Hwang

Was there a specific moment that made you want to start your own label?

Rok Hwang: There was never a right moment for me! There are so many people in this industry and they all have their own ambitions, they all want to create their own brand too. I found that through working, everyone still has that kind of dream and I wanted to try it before I get old.

When you’re working for someone else, you’re becoming a unit and supporting their vision. I was very happy and lucky to do that, but also I wanted to express my own vision, and this was influenced by something that I always had in mind but never got a chance to express it. I think that it’s now something that I’m trying to project.

As a male designer making womenswear, how do you visualise the kind of woman you’re making clothes for?

Rok Hwang: I always wanted to project my woman as a little fragile, someone who is not that confident and might be struggling. So it’s kind of also referring to my own personal emotion that I had during my youth and it’s something that I want to express. It’s less mainstream but I think it captures the mood of our generation.

Our generation doesn’t have any strong cultural references that we can take from – it’s hard to define us as a generation, so I wanted to create something that mixes that emotion with quality, and luxury, but at the same it has this kind of usefulness.

Does the fragility relate to the models having their faces covered in your early visuals?

Rok Hwang: It was something that I wanted to try. Now we don’t do it anymore because we are happy with what we’re doing now. In the beginning, I wanted to have a different kind of look and I wanted to express that they wanted to hide from the world or to have complete isolation from the surrounding, and to make it look a little bit more alien.

Sometimes you have this feeling that you don’t really get along with society and I kind of wanted to try to make the model as object, but a little bit more disconnected from the scene. Now I feel like our casting and the way that we do things, I can emotionally connect to.

Why is visual identity such an important part of Rokh?

Rok Hwang: It’s only been around a year and the brand is still very young, but I want to keep the art direction, from art directing to photos, clothing and casting, everything aligned in the same visual language. I always communicate to my team in a very straightforward way, so that we’re all looking in the same direction. I always have that in mind, from the start of the brand to the start of the season.

You’ve been nominated as one of the LVMH Prize finalists. How does that feel?

Rok Hwang: For us to really get ourselves out there is something that I wanted to do, and the LVMH Prize is great exposure. There’s a lot of people who helped me and I’m a very behind-the-scenes kind of guy, so it was a celebration for our brand to be out there. I don’t think there will be any chance for me but I’m very happy I came this far and I’m grateful for everything, any exposure and attention.

What are your plans for growing the brand in the future?

Rok Hwang: I think we will start menswear. First, we want to do a nice show and then maybe we will start producing menswear slowly later on. We also have our pre-collection which is a little bit overwhelming for us at the moment.

For me, it’s a natural course of the business. It makes commercial sense to widen the audience. It’s something that is actually needed in the industry; it’s kind of boring otherwise. If you’re only doing main collections, by the time the customers receive the goods, they’re exposed to it differently from the way you want.