From inciting the ire of the Daily Mail to becoming menswear designer of the year, Craig Green’s latest show marked the opening of a new chapter 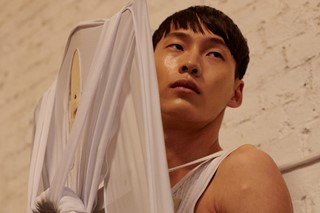 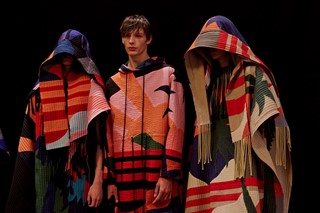 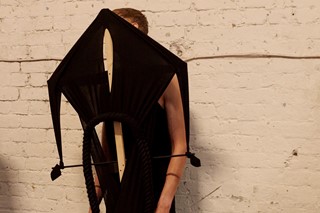 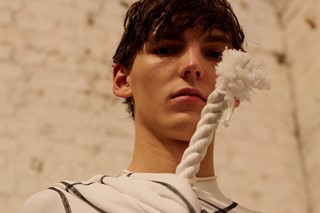 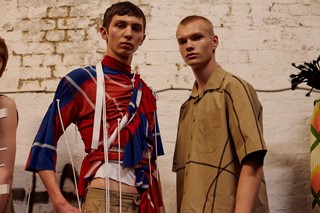 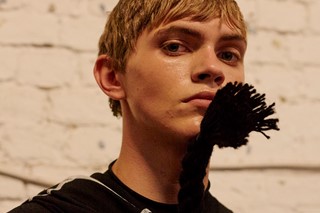 “It made me feel like maybe it wasn’t for me, you know, maybe I should be doing something else...” Just before his SS18 show at London Fashion Week Men’s, Craig Green is reflecting on the criticism his first MAN catwalk show was subjected to at the hands of the Daily Mail, back in January 2013.

The target of the publication’s ire was a series of unique layered wooden sculptures – designed in collaboration with visual artist and long-time friend David Curtis-Ring, they obscured the models’ faces, and were the result of Green absent-mindedly scribbling over his initial sketches. “We thought, ‘Wouldn’t it be amazing and beautiful if they just looked like a walking scribble?’” he muses. LFWM rep David Gandy was famously and publicly derisive in a TV appearance, while the Mail sent one of their journalists around London in a makeshift version.

Despite the controversy the collection drummed up from the tabloid press, there were plenty of people who loved it – “which in hindsight was the important thing”, Green says now – and, after that initial fleeting doubt, the young designer was undeterred in pursuing a career in fashion. A good job, considering he’s now British Menswear Designer of the Year, and that his conceptual, (and yes, sculptural) pieces have come to be one of the most celebrated and moving aspects of his practice. He’s continued to collaborate with David Curtis-Ring – on the playful octopus, shark and frog sculptures that graced the windows of London’s Dover Street Market, for instance.

In fact, sculptures seem to pop up at crucial moments for the designer, like his SS15 ‘Silent Protest’ where the models trod the catwalk barefoot, some wearing or carrying structures from which fabric billowed as they walked. Some in attendance were, reportedly, even close to tears – which Green recalls with a bashful laugh. “It was just down to a few floaty fabrics and a bit of Enya, I’m sure!” And yesterday, at his SS18 show (styled by Dazed’s creative director Robbie Spencer, and the first time Green has flown the nest of the designated LFWM spaces to show under a set of arches near London’s Southwark station) the sculptures made a return again.

With the search for “a new paradise, and how that paradise may be perceived by different individuals” as his starting point, the sculptures this season took the form of kite-like talismans hung around the models’ necks’, obscuring their chests and on some, once again, their faces too.

Constructed using thin rods panelled with jersey and draped with cord, the pieces – which started as wooden corset-inspired frames that were opened up and manipulated into their finished shapes – explore the idea of dissecting the body, opening it up and allowing it to consider new ideas. The shapes are reminiscent of the unfortunate specimens that found themselves on the workbench during high school biology classes; that underlying sense of unease that sometimes permeates Green’s work not far from the surface.

Opening with a series of dramatic looks that included the kite-like sculptures in a palette of black, khaki and indigo, the ominous shades gave way to pure white, stone and, eventually, bold, almost joyous pieces in pink, blue, red, yellow and green, with patterns that mirrored the angular lines of the talismans. In place of his signature quilting, Green and his team developed a new technique that was showcased throughout the season’s offering – tunnelling sports cord through fine channels in various fabrics, the resulting texture is like that of corrugated cardboard and renders the capes, coats and wide-legged trousers that are crafted using it pliable and almost sculptural in themselves.

“No one wants to see boring clothes walking up and down the catwalk in a show; a nice pair of trousers doesn’t make you think or feel anything does it?” – Craig Green

The collection and its concept may also be indicative of the designer’s personal trajectory. “We’ve always worked in sets of three – we had the three MAN collections, the three that featured the holes and the block colours, and we’ve just finished the three romantic, almost dystopian ones with their washed out fabrics and muted colours. Now we’re on to the next chapter – a new venue, a new trilogy,” Green explains. Having just left the relative safety of the LFWM fold to go it alone – an intimidating premise for any young designer – maybe the talismans are self-serving, reminding him to stay open and keep ‘striving for perfection’ as the show notes so encouragingly put it.

With such a strong propensity for storytelling and an affinity for the more dramatic side of fashion, my final question to Green is how he traverses the delicate line between concept and wearability, given his label is not only critically acclaimed but commercially viable too – whatever any initial naysayers may have thought. “I think it comes down to the person that wants to wear the pieces, or doesn’t as the case may be. Sometimes the wearability might not be there, but I don’t necessarily think that’s a bad thing. On one hand, I want to make clothing that men want to wear, but on the other, no one wants to see boring clothes walking up and down the catwalk in a show; a nice pair of trousers doesn’t make you think or feel anything does it?  That’s part of the reason I was drawn to fashion – the fact that with ten models and three minutes of music, for better or worse, I could make people feel something.” You certainly can’t argue with that.

Having amassed a small army of loyal fans – both men and women – and a seemingly endless series of accolades in the short time that he’s been designing, most would agree that ‘for better’ would be the accurate sentiment within that statement. Four years on, it would be safe to say that the joke, as is so often the case, is on the Daily Mail.