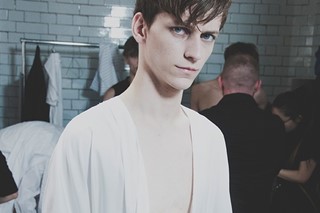 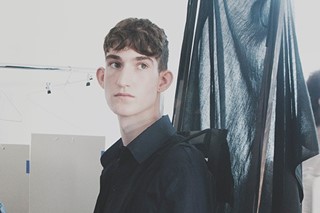 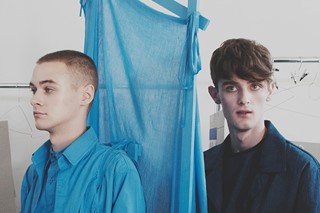 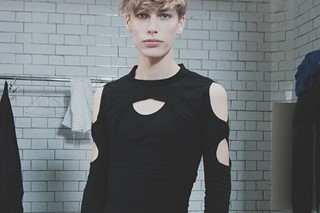 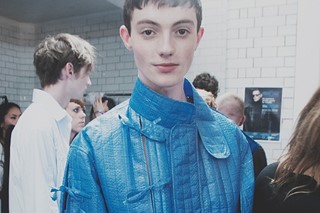 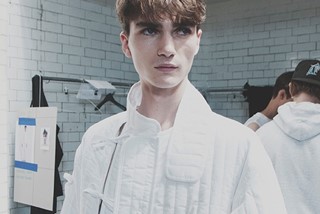 A truly rare and honest moment for fashion. We've spent the last few seasons watching Green come into his own, but this (his first solo show) was purist poetry in motion, and had the entire audience struck by its unnerving beauty. As an editor, it's these precious moments that you really live for.

There are a few rare young designers that don't need to shout to be heard. What Green achieved today was a breathtakingly beautiful silent protest. Everything was stripped away – colour palettes, fabrics and textures – to allow for drama in the movement. Models walked down the runway with angular wooden sculptures balanced precariously behind their heads, loosely tied fabric sheets floating from the structures like a flag with threads trailing in their wake. Fashion, as of late, has been spoon-fed to its audience, overwhelmed by obvious references, easy minimalism and satiable motifs that rack up the likes on Instagram. Green's show was a welcome counterbalance to that, proving that there is still beauty in honesty and a complexity in purity.

In his own words:

"I feel like every season is a reaction to the one before, so this season we wanted it to be freer and we wanted it to feel beautiful, in a way. For the fabric to have a beauty to it with the movement and the flags and everything, was so important. Everything was meant to have a delicateness and a beauty even though it was kind of hard and padded and drapey and a had lot of fabric. It was the movement of it. It was meant to be masculine but it's a kind of beauty rather than something feminine.” Craig Green.

The soundtrack to Craig Green SS15: 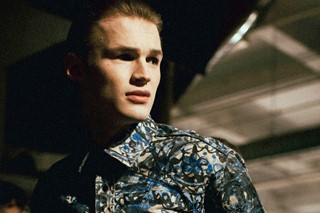 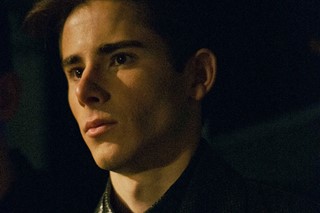 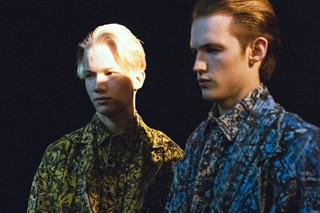 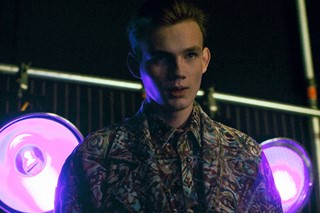 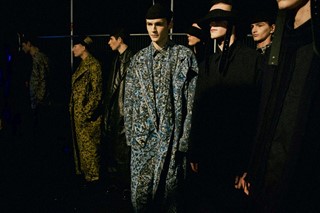 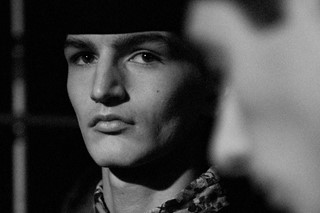