Exclusive: AllSaints’ creative director on ditching East London to shoot a campaign in the streets, bars, and basements of Mexico’s capital 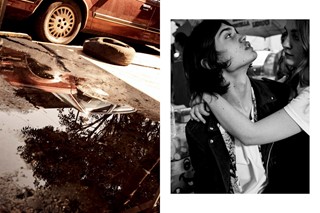 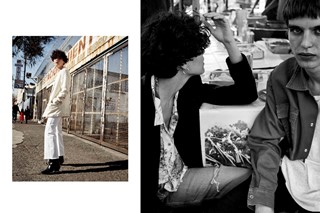 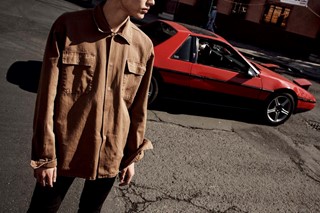 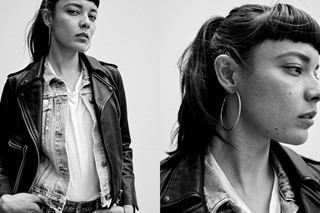 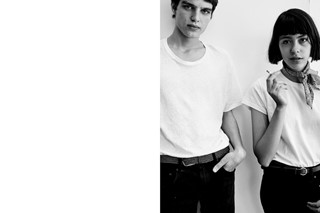 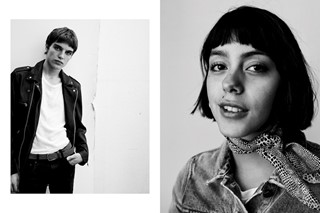 If you believed everything concerned people told you before you were due to visit Mexico City (guns, kidnapping cartels, professional thieves who’ll steal your wallet, passport, and every other valuable thing in your possession before you've even left the airport) you’d probably spend the duration of your trip barricaded inside your hotel room. You’d be missing out.

While Mexico and its people are stuck in the crossfire of right-wing media outrage, the truth is that the country has far more to offer than the stereotypes – and today, its capital city is home to a thriving community of creative young people. There’s Dazed 100 DJ collective N.A.A.F.I – who are throwing some of the best parties in the world, never mind the country, Suzzan Atala, the mastermind behind Tuza jewellery (worn by everyone from Adwoa Aboah to Fetty Wap), and the street cast modelling agency Güerxs, who has set its agenda on representing young Mexicans in fashion. Free of New York’s social climbing or London’s in-crowd mentality, it's a place where people are free to come together, party ridiculously hard, and, to put it bluntly, make cool shit.

This spirit is captured in AllSaints’ new campaign titled, ‘I Love Mexico City’. Shot on location over a week at the end of March, the images and accompanying video are a sprint through the city with the locals – from throwing up street art to riding motorcycles and exploring abandoned buildings. Uninhibited and unstaged, it’s a vibrant, vital portrait of Mexico City’s youth. “Everyone welcomed us,” shares the brand’s creative director Wil Beedle, who captured it all with his camera. “They told us their stories and we ran around the streets, we went up towers, we went into basements, we went to salsa bars, we electrocuted ourselves, we fucked around, we did stupid shit – it was all cinéma vérité. There's like fifty hours of footage, cameras rolling, there's no script, no plan. This is my account of seven days in Mexico.”

“It’s raw, it’s edgy, it’s dangerous as fuck, you can do whatever you want to do and there’s space to be real and create” — Wil Beedle

Why Mexico City? Based smack in the middle of Shoreditch for the last decade, AllSaints knows all too well what an area losing its edge looks like. And unlike those places we fetishise because their studio spaces have since been subsumed by an influx of chain coffee shops, Mexico City is still raw, still exciting, still real. That’s part of the reason people are returning here from cities like London and New York, where they’d moved in search of finding a place to work creatively.

It was when AllSaints opened a store in the city last year that Beedle and his team became aware of what was happening there. “An artist, Scarlett, who does these cool street pieces, said that she was living in Brooklyn in this kind of fantasy artistic community where no one had any money or any space and there was a Starbucks on every single corner,” Beedle recalls. “She came back to Mexico City to see her grandparents and it was like suddenly the city was alive. There was this feeling of downtown New York in the 1980s, or Berlin in the 00s, late 1990s – just a tonne of space, absolute fucking chaos. It’s raw, it’s edgy, it’s dangerous as fuck, you can do whatever you want to do and there’s space to be real and create. And for her, she’s like, ‘It's quite simple, I need to be here now.’ Once I heard that I was like, this is where we need to be.” Beedle decided they needed to return and shoot the brand’s summer campaign in the city.

The creative director is upfront about comments that the more cynical out there might throw his way – the notion that by capturing this essence of the city, he’s already hastening its demise, or that a British brand travelling somewhere far away and ‘exotic’ for inspiration is cultural tourism. But instead of forcing a narrative onto the models, the designer and his team sought simply to document them. “These people shared with us their experiences with the city, their lives here, and welcomed us in,” he says. “The idea of being cultural tourists is the flipside of being culturally transgressive or existing beyond what's immediately familiar to you. I always find being outside of my comfort zone is where shit gets exciting. So to do that for any brand like mine, which is from East London, I need to go a long way sometimes.”

Really, the campaign is about celebration, showing the beating heart of youth in the city. “When I hear people say that a place exists that replicates the template of all of those imagined, nostalgic environments that you've read about, heard about, seen the pictures of, but that is in full flux,” Beedle says, “it's too compelling not to come and see it and to be part of it, and hopefully, create some kind of cultural documentation that celebrates that moment.”

Click through the campaign images and watch I Love Mexico City above.