Meet 19-year-old María Osado, who is challenging beauty standards in her home country by repping her friends 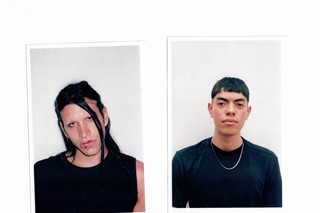 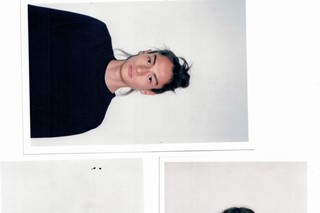 Once only the stalking ground of statuesque, heavenly creatures scouted by agents, the world’s runways have seen the rise of a different type of beauty just recently. Street-cast models – like the boys belonging to Eva Gödel’s Tomorrow Is Another Day agency, based in Germany, or the Russian and eastern European faces of Avdotja Alexandrova’s Lumpen – are a common sight on catwalks today, from Comme des Garçons to Lanvin and Balenciaga. Now, a new agency based in Mexico City is gunning to join their ranks.

Started by 19-year-old María Osado, an energetic architecture student with a longstanding interest in fashion, Güerxs represents a host of the city’s most exciting young people. The agency, whose name is an ironic play on a slang term (‘güero’) meaning someone with Eurocentric features, was founded in March last year. “I started to get involved with fashion as a consumer when I was 15,” says Osado. “I used to buy the most conventional magazines that were around me, and one day I realised beauty standards were so far from how both I and most of the population in Mexico look. I decided to create a project that could question the rigid standards of the dominant industry in Mexico, so I started an agency with the help of my friends who are now the models.”

Today, Güerxs reps young characters with interdisciplinary interests – there’s Mariana Naike (its youngest member), a high-school student involved in education projects in rural communities. And Havi, a trans artist who questions gender roles in both her work and her daily life. Then there’s Diego Gamaliel, a young painter and tattoo apprentice who recently debuted a film, and dancers Marcela and Aurora. “Güerxs is looking for new faces with different features than the ones we are used to – and tired of – seeing in the Mexican fashion media,” says Osado, “but also different personalities.”

Mexico’s fashion industry, she says, is “rigid and aspirational”, run and represented by entities “who don’t seem to be part of the reality (young people) are living in”. Like in many places, those at the top have been around for years, and aren’t looking to give up their power any time soon – change just isn’t on their radar. Still, if they opened their eyes, they’d see a rich creative scene springing up right around them. People in the city are genuinely excited about the rise of designers like Barragán, who has left the city to work in New York but still maintains a connection with collaborators back in Mexico City. There, those like Osado are working hard to carve out a new future for their home.

Of course, Mexico is one place that’s barely been out of the headlines lately, thanks to a man whose build-the-wall campaign message didn’t stop him becoming the elected leader of the ‘free world’. Unsurprisingly, being Trump’s target has riled up the young people who live there, but the stereotypes of their country go beyond the opinions put forth by Mr President. “I want people to have a critical position about the situation in Mexico City, not only built by the opinion of dominant media,” Osado asserts. “Mexico is not a divine culture behind a case in a museum. Mexico is more than a cheap tourist destination. Mexico is not only being attacked by the war against drug trafficking. Mexico is not only oppressed by physical violence. Mexico is not an enemy.” At around eight times the size of the UK, the country is as enormous as it is varied.

“Mexico is represented by multiple factors, contrasting weather, contrasting cultures,” Osado says. “Both rich men and a high poverty status. But is also an amazing place to see new purposes grow outside of the comfort zone. I have a lot of hopes for the future that can be reflected in my project. Diversity, tolerance and a less restricted scenario where people are represented. Less oppression, less violence.”