25 years since the king of queen lost his life to HIV, we revisit the dazzling catsuits, hairy chests and gaudy earrings that made a legend 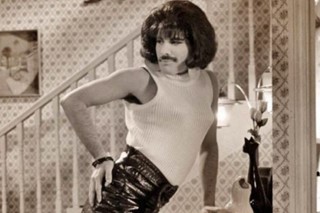 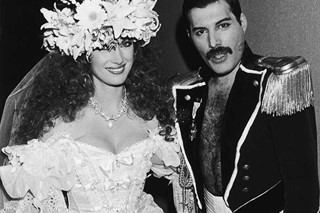 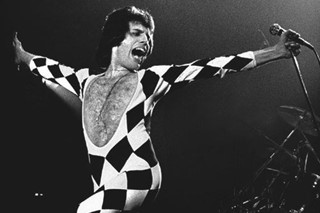 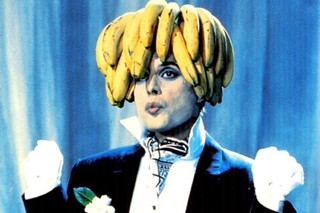 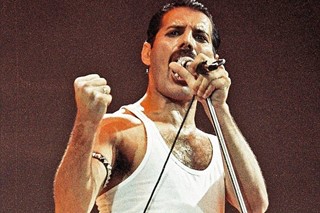 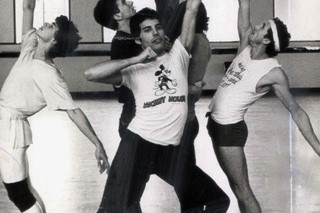 In the years after his death, Freddie Mercury has become synonymous with flamboyance. His work and legacy have gone on to influence maverick musicians from Lady Gaga to The Yeah Yeah Yeahs and fellow icon David Bowie. During the early days of Queen, Mercury announced: “I’m not going to be a star, I’m going to be a legend”. Even until the end, when he performed frail and gaunt in the video for “These are the Days Of Our Lives”, Mercury maintained professionalism, heart and unabashed style with every show.

Alongside his powerful vocals, a relationship with his audience that Kurt Cobain felt envious enough of mention in his suicide letter, and a mighty moustache, Mercury’s reputation as one of the original fashion subversives still prevails today. He reached a pinnacle of fame that very few can match, where every element of his character and aesthetic is universally recognised and frequently copied, using fashion and design as a means for constant reinvention. Seamlessly springing from catsuits to military jackets, Freddie Mercury's style was in a constant flux of reinvention. Glam was defined across the eras by A Night At The Opera where Mercury donned a satin number for “Bohemian Rhapsody”, his monochrome catsuit in “We are the Champions”, and his iconic tank top and studded arm band for his Live Aid 1985 performance.

Here we revisit some of the Queen frontman’s best moments in style during his flamboyant reign.

HE WAS A FASHION AND DESIGN LOVER

Having migrated from Zanzibar to London in 1963 while his late teens, he attended Ealing College of Art, alongside Pete Townshend of The Who and Rolling Stones guitarist Ronnie Wood, Mercury graduated with a diploma in graphic design. He designed Queen’s famous ‘crest’ logo himself, based on the zodiac signs.

This outfit is designed by Zandra Rhodes, the mastermind behind Queen’s outfits in the 70s. Mercury wanted something he could move easily in and loved the idea of pleats. Before Mercury, Rhodes had never designed menswear before, aside from a Marc Bolan one-off costume. In an interview with the Telegraph, Rhodes notes that the singer worked on a clothes stall in Kensington market with his girlfriend Mary Austin, and so he had a clear idea about fashion, as well as the materials involved. On the aesthetic of Queen, Mercury once announced: “it is not a concert you are seeing, it is a fashion show.”

HE HAD A PASSION FOR THEATRICS

The silver sequin suit and mask combination embodies Mercury’s love for theatrics – something he incorporated into his performances. He even starred in a collaboration with the Royal Ballet in 1979, and he once announced that his sole aim with the band was to confuse people, or “make them gasp”, according to Roger Taylor. “We’re not really like anyone else. If anything, we have more in common with Liza Minnelli than Led Zeppelin”, Mercury stated. Queen stood outside of the 70s climate of rock and roll stardom, with David Bowie and Marc Bolan holding their position as the favourites of the glam rock scene. This didn’t deter Mercury though, and he treated this not as competition, but more reason for him to define his own style. As he announced during an interview, “We’re more in the showbiz tradition than the rock’n’roll tradition”. A similar suit in a harlequin pattern he once performed in sold for £22,000 at Bonhams Entertainment Memorabilia auction.

HE WAS PARTIAL TO DRAG

In Queen’s “I Want to Break Free” video, Mercury dressed in female pin-up clothing, with a black leather skirt and pink earrings to portray the role of a repressed housewife. The song and video went down as one of Queen’s biggest hits and is reflective of Mercury’s unapologetic play on gender norms and sexuality. While he had allegedly been experimenting with men sexually since the age of 14, he had been affiliated with several girlfriends. In 1975 a journalist found him in an Ohio hotel room, pre-interview, being waited on by men in next to nothing. When asked why, he simply stated: “These are my servants, dear”.

“I Want to Break Free” has become an LGBTQ anthem and mantra to live by, with LGBTQ entertainment sites even using it as their domain. During such a divided time in the 80s, Mercury donning this look on national television was inspirational. His use of drag, leather trousers and leotards ooze empowerment with a disregard for gender binaries. New faces in music like Young Thug and Mykki Blanco have expanded this concept, both outrightly cross-dressing and proclaiming a lack of care for definition of their gender.

This look was a staple of Mercury’s 80s style. The studded belt and metallic arm band are representative of his stylistic move away from glam rock. He had abandoned the androgyny of the 1970s, cut his hair and grown a moustache. He wore tops to expose his hairy chest, and jeans were a staple in his on-stage wardrobe. He brought in studded accessories as a reference towards BDSM leather culture, and while he embodied a masculine look, this was widely associated with gay style subcultures of the 1980s. This Live Aid performance in 1985 goes down as one of Queen and Mercury’s most powerful and memorable. His voice commands the arena in complete sing song, evoking an assertion of his legend status and marking his place in the music history books. You can watch here.

HE WAS A CARICATURE OF HIMSELF

Mercury took his style seriously, stating “I dress to kill, but tastefully”. However, he also had an unrelenting sense of humour and a confidence to execute it perfectly. Whether it was ‘marrying’ Jane Seymour for Fashion Aid 1985 while wearing his famous military jacket (designed by Emaneuls, who created Princess Diana's wedding dress), popping on a copper's hat and a crown at their Wembley show 1986, or his video for “The Great Pretender” in which he mocks each of his past video looks by recreating them video for video, Mercury’s mantra was simple – embrace ridiculousness, but knock them dead while doing so. Plus, he rocked lipstick like it was nothing.