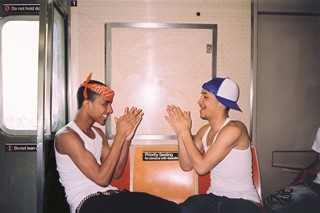 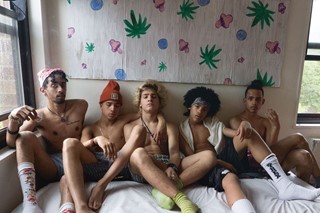 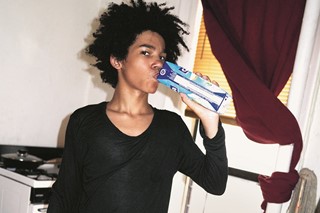 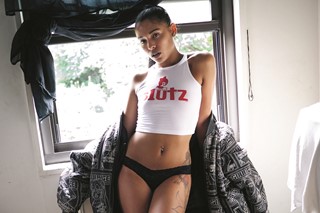 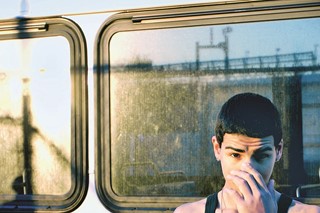 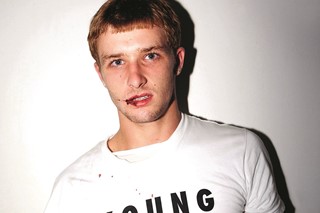 While you might not be familiar with photographer and casting director Kevin Amato, you’ll definitely know some of the people he’s put on the catwalk. From trans modelling star Hari Nef and Instagram It boy Luka Sabbat to performance artist Boychild and Yuri Pleskun, who ruled the runways during the late 2000s/early 2010s. Though he’s flung them and others like them into stardom, helped pioneer the now-ubiquitous idea of street-casting, and runs his own model agency MOTHERMGMT, Amato began his career as a photographer – shooting people he knew and people he came across on the street of his hometown, New York.

It was meeting Hood By Air founder Shayne Oliver that sent Amato in a career-altering direction – he began to cast the designer’s shows in the late aughts, putting his photographic subjects (like those from the Bronx’s ballroom scene) onto the global fashion stage. At the time, casting non-agency signed models was radical – as was casting gender-nonconforming people – but Amato did it anyway and saw the rest of the industry slowly begin to follow suit. Photography has remained a passion of Amato’s however, which is reflected in his new book The Importants – a project he describes as a “love letter to his subjects” (who include Sabbat, and big-name rappers A$AP Ferg and Travis Scott). Here, Amato discusses his career, the faces he’s found, the people he’s cast and what he looks for in potential subjects.

ON HOW HE STARTED OUT

“I always loved photography and it’s what I always did, but it was more about reportage, street photography, shooting my friends. I started shooting fashion later on – magazines would just send me bags of clothes and tell me to go for it. There was never a stylist, but I preferred it that way. Then I got introduced to Shayne Oliver – it was only a few months after he’d started Hood By Air. At that point, it was only t-shirts and interesting hoodies, so it was a case of helping make a brand out of that. So I guess that’s how I got into the fashion industry…”

ON SHAYNE OLIVER AND HOOD BY AIR

“I met Shayne through the stylist Jason Farrer – he came up to my apartment in the Bronx, which is far for him, he took the train and showed up to my place with two garbage bags of clothes. Me in Timbs... and him in poom poom shorts... we were like an odd couple, but we never dated. Shayne introduced me to this genderless world. You know, when Hood By Air started, it was during that time after 9/11 when everybody was retreating into their comfort zones; everybody was getting married having babies and it was so depressing. Everything was uniform – even the shoots I was getting were fucking dreadful. Shayne and I felt a responsibility to change things.”

“You sell clothes to people, or you sell an emotion, a personality, a lifestyle… I just took kids I was photographing and put them on the runway for brands like Hood By Air and Eckhaus Latta – you know, the younger brands. In the beginning, model agents would pull their kids from the show if they saw a street-caster but now it’s become this big thing – just look at Kanye’s last show.”

“Luka is one of the first kids I found in the street – I spotted him when he was skateboarding. He is the voice of what’s going on right now. He has such an amazing energy and yet he looks expensive and refined. He’s really authentic. But for me he’s not a model, he’s a personality, a stylist, a designer – you know he’s designing jewellery now? I just shot his lookbook. That kid knows what he’s doing. He's making a brand out of himself because he gets that he’s more than just a face and a body.”

ON WHAT HE LOOKS FOR IN PEOPLE

“Pushing the under-represented is my thing. Five years ago I shot something for a big couture brand and they kind of gave me my freedom to do whatever I wanted. So I decided to shoot the looks on five black boys. The brand they told me it wasn't their identity and pulled the story. I was like ‘that’s fucked up’ – it’s about casting people and personalities.”

“...when Hood By Air started, it was during that time after 9/11 when everybody was retreating into their comfort zones, it was so depressing... Shayne and I felt a responsibility to change things” – Kevin Amato

ON HARI NEF AND TRANS CASTING

“I think I was putting transgender people on the runway way before it was a ‘thing’. Like, I cast Hari (Nef) in her first two shows – Hood By Air and VFiles. I come from ballroom culture so for me, it’s natural to have trans people on the runway. But I think it’s important to build relationships with these people and keep it real, otherwise you’re just a culture vulture. Bringing those kids to fashion, though, and the whole ballroom element to fashion is something I’m really proud of.”

“I was involved in the ballrooms in the Bronx in the early 2000s. I loved the sense of family. I photographed the scene a lot but also cast them in shows. Like the Hood By Air hair performance (see below), for instance, those were real ballroom kids from the Bronx – two of them are now on tour with Rihanna. I like to think I helped put them there because that was there first runway show. When I first saw Baby Hurricane, I loved his play on masculinity and femininity. And I love a good a dip, obviously.”

ON HIS NEW BOOK

“It’s kind of like a love letter to all my subjects, to the people who have given me access into their lives because 90 per cent of my work is about them. As well as my photography, it’s got writing by Alix Browne, Rick Owens and Neville Wakefield – it’s cool to have their perspective on my my work. To me, the book looks a bit like a bible because the cover is gold.”

The Importants by Kevin Amato, Phaidon