With her astronomic ascent from reality TV star to high-fashion muse, Kendall Jenner represents a sea change in an industry renowned for its closed ranks, a feat celebrated by her number one spot on the Dazed 100. “On the shoot, we tried to create different characters that were all me,” the model explained of her winter issue cover feature shot by Ben Toms and styled by Robbie Spencer. From page to page, she was transformed – Dior-clad and holding a supersized, Claes Oldenburg-esque spoon; a mod soldier in Marc Jacobs; a hippy bike rider in a flare-legged Balmain jumpsuit. Now, the print feature comes to life in a new film, inspired by Warhol’s iconic screen tests. Following in the footsteps of Toms’ past editorial films for Dazed (see also: Flex and Raf Simons x Sterling Ruby), the glitched-up aesthetic recalls the once hi-tech effects found on old-school VHS tapes – Jenner’s image multiplies, spins and gets distorted as she switches between characters. See the gallery below for four exclusive unpublished images, where Jenner juggles with an oversized Coke can and looks demurely from beneath a Simone Rocha veil.

Don’t forget – you can still get your hands on a limited edition Kendall Jenner cover complete with a series of specially designed stickers by bessnyc4, available in selected stockists. Vote for Kendall and other Dazed 100 members in the Readers’ 100 before voting closes this week. 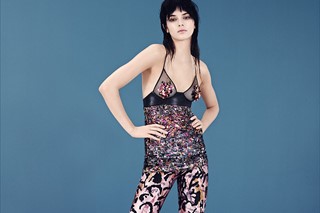 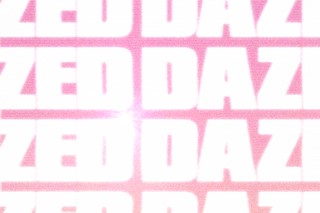 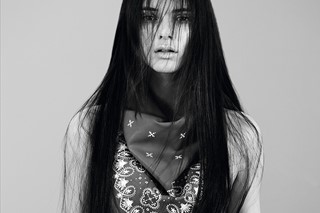 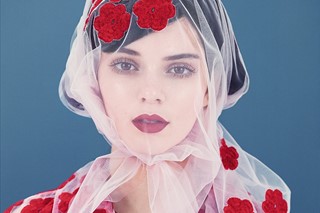 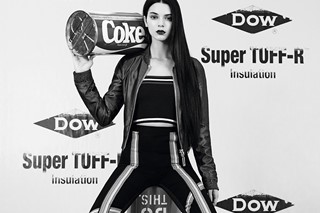 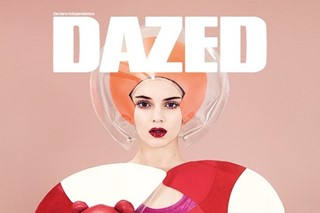