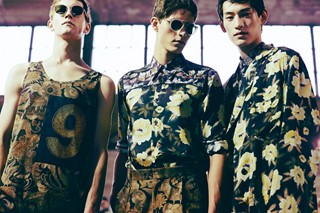 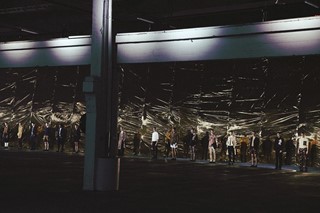 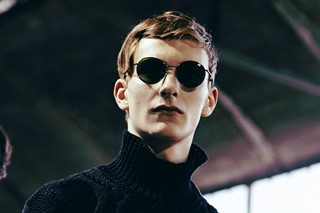 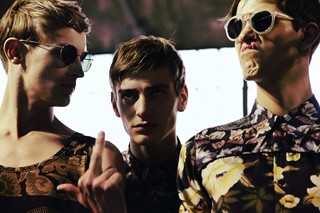 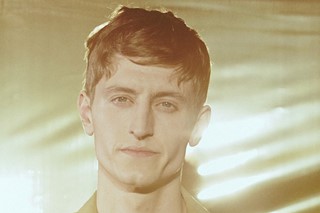 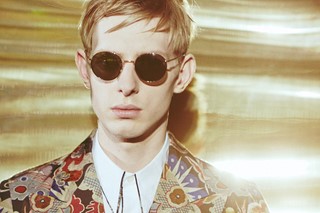 At first his focus was on the interplay of visuals: gold foil covered the walls of an industrial warehouse space, a surface that allowed for reflection and distortion. Then came his army of models wearing variations of floral prints – each one taken from different historical eras, a stark juxtaposition to the modernism of the show space.

Perhaps the biggest contrast of all was the music – a live drummer by the name of Cindy Santana – who opened the show with a slow beat, one that was completely out of sync with the models. This caused for a moment of reflection. It turned the focus onto the clothes, which this season effortlessly carried loose silhouettes. There was also subtle sportswear references in the form of oversized vests and bomber jackets, each one adorned with the number 9, a homage to the address of his first menswear store in Paris.