Ahead of his retrospective at the BFI, the Pope of Trash dished out some little-known details about his rollercoaster career 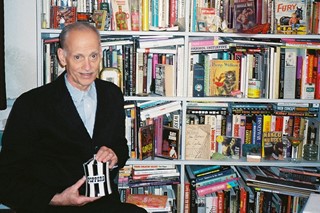 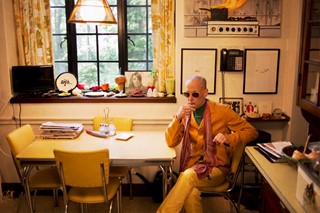 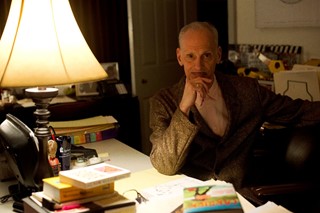 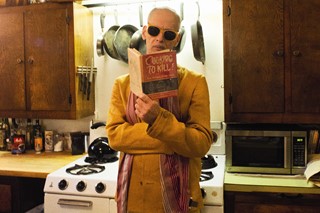 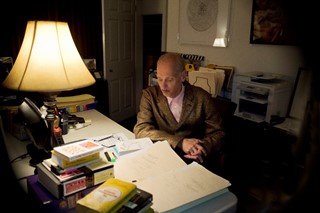 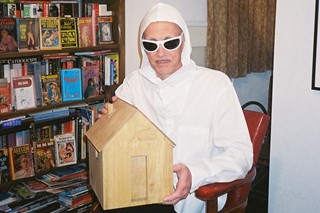 Rightfully known as the ‘Pope of Trash’ and the ‘King of Puke’, John Waters is a pioneer of bad taste like no other. Offending audiences since the 60s, the cult director also happens to be a natural storyteller flowing with witty, bitchy one-liners. That’s no surprise given his varied output, ranging from the shit-eating of Pink Flamingos to the WTF-ness smuggled into the mainstream of Hairspray and the scissor-related death toll of Serial Mom.

As part of the BFI’s John Waters season, the ‘Filth Elder’ himself sat down at BFI Southbank to regale an eager audience with outrageous anecdotes. Before the provocateur came on, I spoke to the woman next to me who turned out to be the producer of Hairspray and Cry-Baby; as she put it, never would they have dreamed he would one day be celebrated in such an environment.

“I’m one of the few people to have a retrospective that’s still alive,” Waters acknowledged. “It’s great. It’s like being at my funeral.” Here’s what we learned about the great man’s career.

Casting an A-lister like Johnny Depp boosted ticket sales for Cry-Baby, but it could have brought in extra pocket money when fans tried to buy the actor’s sewage. (For what? To do a Pink Flamingos re-enactment?) “Get a cold,” Waters advised Depp. “We’ll make some money here.” The incident inspired Glamourpuss, an unproduced screenplay Waters wrote about a movie star who visits Baltimore and falls in love with a sewage guy on set whose business is called “IOU a Number 2”. Should we launch a Kickstarter?

IS THAT REALLY GENE SISKEL ON THE PHONE?

Pink Flamingos – famously given zero stars by Roger Ebert – was so notorious, it was mistakenly believed in some quarters to be a real snuff film. “It was so badly done,” Waters admits, “it looked like a snuff film.” Siskel’s contrasting reaction was to phone up and ask, “Can you take me to the set of a snuff movie?” Siskel presumably put a thumb down when Waters said no.

INGMAR BERGMAN WAS THE ORIGINAL KING OF PUKE

Growing up in Baltimore, Waters took a bus to New York on weekends to visit underground cinemas, where police would sometimes arrest the audience and projectionist. In his hometown, he settled for a dirty movie theatre that introduced him to Bergman. “They just cut out the dialogue and used the breast scenes,” he remembered. “I believe Summer with Monika became Monika’s Hot Summer.” In addition to the nudity, Waters credits Bergman for another influence. “People vomited in every Ingmar Bergman movie. He was the ‘King of Puke’, not me.”

The Divine family affair was nixed when New Line, the distributor, refused to cast the Waters regular in both roles, and the part of Tracy went to Ricki Lake. A family with two Divines would have been like The Parent Trap, apparently. Referring to Hairspray as a “Trojan horse” and “accidentally a family movie”, Waters insisted he wasn’t aiming for a mainstream movie and anticipated an R-rating. When it was stamped with a surprise PG, even New Line asked if he could “put in the word ‘shit’”.

The oddball musical is still a firm fave for adaptation at schools, much to Waters’ amusement. Despite believing he’s responsible for the only production in which fat girls and drag queens can snag a role, he claims that because of political correctness no one can cast by race or weight. “I have seen Hairspray performed with a skinny black girl as Tracy – which is postmodern, in a way.” No mention of how the actors felt seeing Waters in the audience.

HE FOUGHT FOR PECKER TO BE CALLED PECKER

Before Pecker came out, its title was turned down by censors, which led to Waters citing Free Willy and Shaft, and insisting, “No pig-man says to a woman, ‘Suck my pecker.’” He won the case, and the filmed was deemed by the Japan Times a “Disney movie for perverts”. Great news for photographers and perverts.

HIS FATHER FUNDED PINK FLAMINGOS, THEN NEVER WATCHED IT

“My father paid for Pink Flamingos, and he never saw it.” Waters describes his parents as loving and supportive, even though they were horrified by all his films that weren’t Hairspray. (They allowed their bedroom antique window to be smashed for Desperate Living. The neighbours received no explanation.)

When Waters’ parents saw A Dirty Shame, his father commented, “It was funny, but I hope I never see it again.” On the hokey pokey scene in which Tracey Ullman picks up a bottle in an unusual manner (FYI, filmed with magnets in her underwear), his mother noted, “You have ruined that dance for me.”

CENSORS ARE FREE PUBLICITY. SMART, LIBERAL ONES, THOUGH…

“I spit on her grave,” Waters joked about Mary Avara, a prominent censor who naturally took umbrage with his output. On Female Trouble, she handed him scissors to “cut that vagina” in reference to Divine. Told Divine was a man, she responded, “Don’t tell me about sex. I was married to an Italian.”

Avara took Multiple Maniacs to court, insisting her eyes were insulted, but the judge ruled it wasn’t illegal. “What’s the thing that isn’t illegal that people wouldn’t do?” he wondered. Hence why Divine eats shit in Pink Flamingos. It wasn’t outlawed then, but it is now. “I was hoping to give her a heart attack,” he admits. “And she almost had one.” The scary censors, he claims, are the smart liberal ones who take the work seriously and justify their arguments.

Some animals were harmed in this movie. “Well, we did eat the chicken,” says Waters, defending the scene in which a chicken is crushed to death. “We put it in the movie, and it got fucked too. So its life was better.”

SERIAL MOM IS THE BEST

“It’s my best movie, actually,” Waters reckons. “It’s the only one we actually had enough money to make.” However, it could have been watered down after a disastrous test screening (the Hairspray feedback was “nobody will see a movie with a fat girl”), and required Kathleen Turner doing press to prevent any alterations.

HE’S GOT A MOVIE WRITTEN AND READY TO GO. JUST NOT THE FINANCING…

Waters was paid a development deal to write Fruitcake, a Christmas movie set in Baltimore with Johnny Knoxville as a father and a cast made up mostly of children. However, it wasn’t green lit and he made a weird noise (imagine the :/ emoticon as a two-second groan) when asked if it could still be produced. Instead, what’s likely to come next will be a TV series or book.

Calling Mad Max: Fury Road the film of the summer, Waters dished out on other new releases. He had kind words for Legend (“the best teeth on extras of any movie I’ve seen”) and 45 Years (“it made me miss Bergman – I wanted someone to puke in it”).

“As I get older, my audiences get younger.” While he’s grateful so many remember his movies, that doesn’t mean he’ll go back to the lo-fi days. “I don’t want to be a faux-underground filmmaker at 70. Cecil B De-Senior is something I’d like to avoid.”

The Complete Films of John Waters (Every Goddam One of Them…) is showing at the BFI right now. More info can be found here