As part of Dazed’s partnership with the Barbican, we delve into what makes the gallery’s next show, AI: More Than Human, the ultimate survey of AI 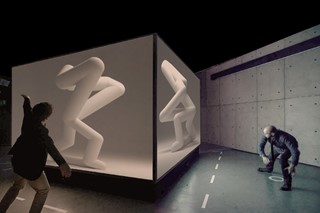 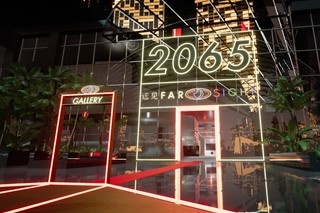 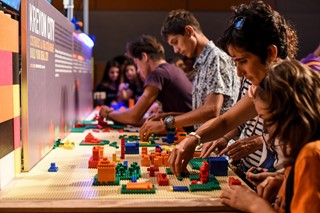 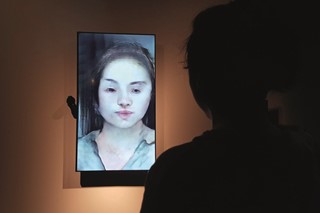 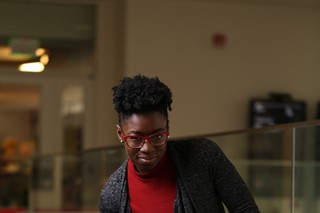 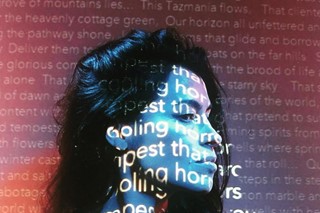 In a world where artificial intelligence is infiltrating every aspect of waking life, from fashion, to art, music, medicine, and even human rights, our relationship to technology is becoming all the more complex. Warner recently partnered with an algorithm to make music, while the world’s first robot artist Ai-Da was launched in January. And in the never-ending bank of AI innovations, its ethics are being tested as new technologies are beginning to perpetuate fake data – such as the AI generating faces of people who don’t even exist. So in the face of such a technological megalith, just where is our world’s future headed?

Since the rise of AI in popular culture, Dazed has interrogated this question. Earlier this year, we heard from Cambridge Analytica whistleblower Chris Wylie on fashion's intersection with surveillance and technology. Last year, we ran our AGE OF AI campaign that investigated the potential of AI for disabled artists; saw singer Sophie in conversation with Sophia the Robot; published a fashion guide from the world’s favourite CGI model Lil Miquela, and even explored the dangers of AI in creating revenge porn. That’s why this year, we’ve partnered with London’s Barbican gallery on their upcoming AI epic AI: More Than Human – an expansive, all-encompassing survey of the history, contemporary status, and future of AI technologies.

Launching in May, the show will unite artists and researchers from across the globe, the immersive and expansively interactive show is an overarching investigation of humanity’s relationship to technology and what it means to be human when technology is altering every aspect of waking life. The exhibition will also include a Dazed Weekender in August – keep your eyes peeled for more info.

Ahead of More Than Human’s launch, we delve into exactly what you need to know to get yourself ready for the show. Brace yourself.

ITS AN MEGA-OVERVIEW OF AI HISTORY

While we grapple daily with the current state of AI, More Than Human takes us back through history to show us the roots of ancient AI, and its technological unfoldings over time in order to strengthen our modern understanding of it. The show traces AI as early as ancient desires to bring inanimate objects to life, such as was present in Greek alchemy and Arabic science. The exhibition’s first section The Dream of AI hones in specifically on the presence of AI in ancient Japanese Shintoism, as artists Sam Twidale and Marija Avramovic look at AI through the lens of Japanese Shinto beliefs to explore notions of animism and techno-animism in Sunshowers. The section will also trace AI’s contemporary beginnings with the work of Ada Lovelace – a mathematician and writer commonly referred to as the first computer programmer.

IT PUTS THE FUTURE IN YOUR HANDS

More Than Human runs entirely on interactivity, bringing you, the viewer, further into the AI exploration and ultimately leaving the question of its future in your hands. With a range of immersive and interactive installations, the show allows viewers to engage with AI’s capabilities first hand. For example, London based artist Lawrence Lek asks viewers to play the role of an AI to imagine the future with his open-world video game 2065. The game is set in a prophetic future world where advanced technologies have created a society where no one has to work anymore, instead, they can spend their days playing video games.

YOU CAN CREATE YOUR OWN AI ART

The exhibition’s interactivity allows you to create your own AI art. On the Barbican’s ground level, large digital avatars mimic visitor's movements on a screen, allowing them to interact with AI versions of themselves as part of digital art collective Universal Everything’s installation. Artist Mario Klingemann also invites viewers to teach a neural network how to create an artwork by allowing the AI to capture their image. Klingemann’s installation will create a constantly evolving piece of live art.

If poetry is more your fancy, you can make a sculptural poem with Es Devlin. The artist’s installation “PoemPortraits” asks each visitor to donate a single word to the piece which is instantly added to a two-line poem generated by an algorithm trained on twenty-five million words of 19th-century poetry.

ITS AN EXPLORATION OF AI’S POTENTIAL FOR PROGRESSION

By studying AI’s past, present, and future, More Than Human is an exploration of AI’s potential to progress society. This is achieved by exploring AI’s intersection with infrastructure, agriculture, medicine, and social and political rights. “Kreyon City”, an installation by Sony CSL, welcomes viewers to plan and build their own city with lego to explore how the combination of human creativity and AI could change the future of architecture. Affectiva, a leading research collective in Human Perception AI, will also present a driving arcade game that tracks viewers’ emotions and reactions as they play to study and AI’s potential in improving road safety.

One of the show’s most prophetically hopeful installations is Resurrecting The Sublime by Artists Christina Agapakis, Alexandra Daisy Ginsberg, and Sissel Tolaas that uses AI to revive the smell of extinct flowers – exploring AI’s potential in restoring the planet.

To mark the 20th anniversary of their album Mezzanine, Massive Attack are participating in More Than Human. They will bring the album to new life, placing it at the centre of a new sound composition between Massive Attack and an AI machine, by feeding the album into a neutral network and inviting visitors to affect its sound by their actions and movements. The installation aims to illuminate the possibilities of the intersection of music and technology.

Massive Attack will also encode the album in strands of synthetic DNA found in a spray can. Each spray can contains around one million copies to demonstrate the need for our data-driven world to find alternative storage solutions. Their installation also suggests that DNA could be a real possibility for data storage in the future.

ITS A SURVEY OF THE ETHICS OF AI

Because AI presents a new world, it presents humanity with a new set of ethics to consider. This is the mission of artist, activist, and founder of the Algorithmic Justice League, Joy Buolamwini who studies racial and gender bias in facial analysis software.

When Buolamwini discovered an AI system detected her better when she was wearing a white mask, she launched Gender Shades: a research project that evaluates the accuracy of AI and which uncovered the fact that facial analysis technology AI has a heavy bias towards white males. To parallel this, Buolamwini wrote a spoken word piece – “AI, Ain't I A Woman” – which reflects on AI’s misinterpretation of iconic black women.

Data Worlds, the section where Buolamwini’s installation will live, will also interrogate privacy, truth, and control in the AI world.