A new London show celebrates the work of four photographers who immortalised the zeitgeist of British musical subcultures, from the 80s to the present day

There’s always a temptation to feel both fascinated and dispirited while looking at photos of days gone by. While we feel excited that we live in a country where history has literally been paved on the streets we walk, it’s also disheartening to feel as though it is just that, history. Promises from Mayor Sadiq Khan to save and salvage London’s once-thriving culture feel hopeful, but there’s no denying the damage already done by a government who haven’t cared about the preservation of culture for far too long. Which is why we are thankful to have had photographers there to capture it – before it’s bulldozed for another set of luxury flats.

Photographers such as Gavin Watson, Dave Swindells, and Adam Friedman have all found themselves, often unintentionally, at the forefront of different cultural waves, from rave to acid jazz and bhangra. Bringing us up to the modern day is Teddy Fitzhugh, who, for the past seven years, has spent his time immersed amongst the sweaty, pulsating bodies of London’s club scene. He is also the youngest of photographers being featured in a new exhibition hosted at London’s Hoxton Square Bar & Kitchen, titled Origins East that looks at club culture from the 80s to the modern day.

Co-curated by YOUTH CLUB and Hoxton Square Bar & Kitchen, with profits going to Nightlifematters, the show is about “Celebrating the importance of nightlife and self-expression in the wake of relentless club closures” and aims to survey the part these scenes have played in the gravitational shift and regeneration of and towards east London – particularly that of Hoxton and Shoreditch. The show is on now but with a talk scheduled today, from 7-8pm, we get to know the four photographers and their respective scenes below. 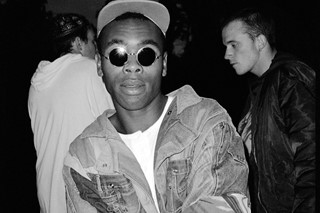 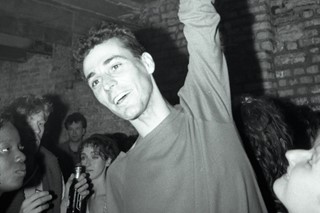 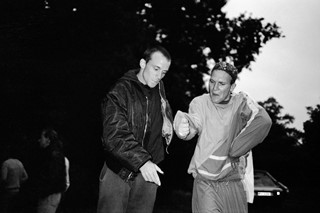 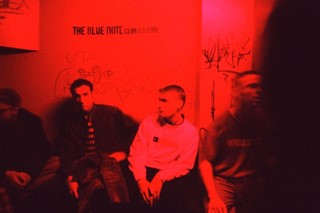 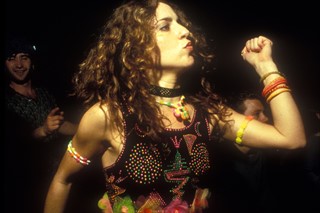 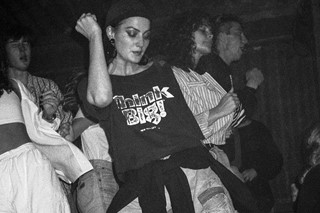 “At one night at Taboo in 1985, somebody had brought back a suitcase full of ecstasy tablets from New York, where it was still legal at the time. Half the club was on ecstasy, and it was really, really mad. Leigh (Bowery) was spinning around with David Holah on his shoulders. He’d fall over and people would pile on top of him, including the DJ, and all you could hear was the needle scratching across the record. And then, eventually, the DJ would get back to the booth and start playing another record.”

If that sounds like the kind of club story that dreams are made of, then Dave Swindells is your photographer – although, admittedly, he didn't have his camera with him that night, his work, spanning the 80s until now is full of similar anecdotes.

Watson is synonymous with the skinhead scene of the 80s when he began shooting his mates, his brother, Neville, and his brother's girlfriend in High Wycombe. Documenting a softer side than those portrayed in the news, Watson’s images are an unintentional exploration of youth exploring youth. As the best subculture photographers will tell you, there were no certainties, and he is surprised, three decades later, how much his photos of his brother and his mates have resonated with people.

“I didn't feel my photographs were important but I felt that what was happening around me was unbelievably important and exciting. I was just amazed that we were demonised instead of celebrated,” he told us recently. “I managed to record my journey, which was thousands of kids’ journeys, all kids’ journeys, and that's what the work shows really. Those relationships. They’re just young teenage kids trying to find their way in life.”

What began as something unintentional now provides one of the richest documentations of one of the UK’s most misunderstood subcultures.

Adam Friedman picked the right time to return to the UK from a stint in NYC. Finding himself at the crest of a wave of house music, and an emerging acid jazz scene, both which shook the country in the late 80s and during the 90s. He recalls, in particular, 90s club The Blue Note, located in Hoxton Square. “The Blue Note had a lot going for it. Norman’s Monday night session was a family affair where people came from all over, different backgrounds classes and cultures, to hang out and dance. I remember that there was a great openness and curiosity to different kinds of music back then, and if you were into one night at the Blue Note, you were properly going to like all the others.”

Proving that club culture is still very much a thriving, and wildly exciting, culture, Teddy Fitzhugh spent seven years surveying London’s club culture – now published in the black and white book Club Archive. “After a while, shooting in clubs becomes quite an instinctive process. You could see an outfit, or an interaction, or someone dancing that captures your eye, but often you can read an energy of a room and know there is a picture lurking somewhere,” he explained. “Often the best images come from the outskirts of the images, things that are lit up with a flash that you wouldn't ordinarily notice in a dark basement.”