For two years, Places + Faces has provided a candid and inside look at the lives of stars like Kanye West, Drake and A$AP Rocky – both on and off the stage

In just over two years, they’ve published their own zines, sold merchandise and thrown some pretty banging parties. Co-founded by Imran Ciesay and Solomon Boyede (aka Soulz), the project began when the pair began posting photos of Tumblr as Ciesay spent a summer in NYC while Boyede remained in London.

On the back of their hugely popular exhibition at Shoreditch’s Kachette last year, we speak to the duo about their latest adventures – published in the third instalment of Places + Faces zine, available now.

These photos are a refreshing look at the world through the eyes of women
Places + Faces, issue 35 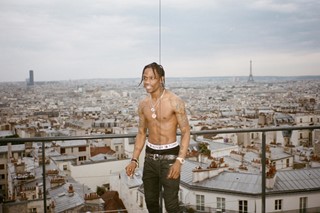 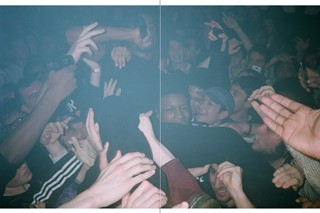 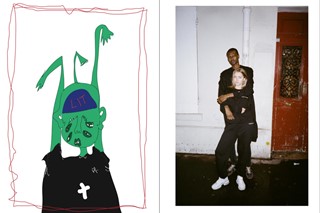 Can you tell us about the places you've been and the people you've shot for this latest instalment of the zine?

Places + Faces: The pictures were taken all over the world in places such as Tokyo, London, Paris, LA, The Gambia, Brussels etc it's a mixture of our friends, musicians and random people we see in these different places such as Travi$ Scott, MetroBoomin, Playboi Carti, Drake, Wale, Tyler The Creator, OG Maco, Skepta, Section Boyz, Novelist, Kyle Massey, and more.

What did you decide to call this instalment “LIT”?

Places + Faces: The zine is called LIT because my favourite movie is Lost In Translation so when it came up to thinking of a title for this Zine it was called to be called Lost in Translation but then we asked people on Twitter to guess What LIT meant and people came up with different abbreviation such as "Lost In Tuna" & "Life Is Turnt"

Tell us some of the stories behind the pictures...

Places + Faces: The picture of A$AP Rocky was taken earlier this year during Paris fashion week, we were on our way to a Dior fitting and we just took some pics whilst he was chilling in the cab ride over.

The Travi$ (Scott) photo was also taken in Paris but last year, we were hanging out at this crib he was staying at at the time and he took us to the roof which had a super crazy view of Paris in the background, so we had to shoot it.

You must take hundred of photos, what’s your process of cutting them down for 60 pages?

Places + Faces: We probably have like 300 photos to look through then we start putting them together cutting the ones we feel like are the weakest and don't fit in with the mood of the zine, it takes us about four days just to select the final pictures we finally use.

What’s the relationship between the images and the illustrations?

Places + Faces: The illustrations are done by Sandra Falase she puts the zines together and we give her creative direction on what she feels like doing in terms of illustrations,

What were you hoping to do with Places + Faces when it started?

Places + Faces: It's just something fun for us to do and have our photos in physical form, we're treating the zines like mixtapes dropping them when we see fit as we work on the book, which is I guess the album...

Why do you think Places + Faces has been so successful in such a short time of two years?

Places + Faces: I guess because we've introduced our lifestyle in not just photos but through merch and parties and exhibitions, and people see it and want to be apart of it in some way, which we think is so cool because it builds into a nice community.

How do you feel youth culture differs around the world? Or do you find it tends to be the same when you link music and fashion?

What do you hope people feel when looking at this issue?

Places + Faces: That Life Is LIT.