See how the star of the director’s controversial Parisian skate flick The Smell of Us, Lukas Ionesco, is paving a path of his own 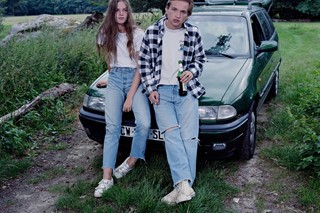 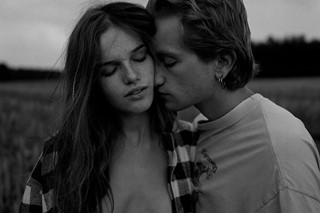 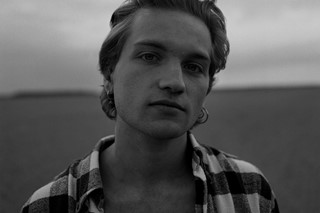 Most things that director Larry Clark touches turn to gold. Kids (1995) has been mythologised far beyond its 20 years, richocheting through youth culture the world over and birthing the ‘coolest girl in the world’, Chloë Sevigny. But to boil all the cult director’s success down to just one man only does an injustice to the natural star quality of the street cast ‘kids’ that the director comes across.

French actor-turned-musician and model Lukas Ionesco might have been cast as Math for the director’s 2014 film The Smell of Us but, as he has proved since with his subsequent success, he doesn’t actually need or want Clark’s Midas touch.

What had at first seemed like a teen dream had, by the final stages of filming, turned sour when, not long before they wrapped, the director decided to drop some of the cast members and change parts of the script – namely, Ionesco’s ‘foot fetish’ scene, where he sees his feet licked by Clark himself. Still reeling from the last-minute changes, Ionesco let fly at Clark in an interview with French website Les Inrocks, replying “Fuck you” when asked what he’d say to the director if he saw him again. Onwards and upwards for the young Frenchman, though, because his star hasn’t faltered for a moment.

In fact, Ionesco – grandson of photographer Irina – has since turned his back on film, instead choosing to focus on music with his band Diaperpin. Recently, he was shot by photographer David Ledoux, who first captured him for Dazed’s spring/summer 2014 issue alongside other cast members from Clark’s Parisian teen-skate flick, and calls Ionesco “creatively hungry”. Ledoux tells us, “(The Smell of Us) was his first feature film, he was 18 and it kind of left him with a bitter taste. He was emotionally exhausted.”

Revealing his fascination with the 20-year-old, he adds, “I find him very inspiring, a really intense character. He introduced me to his girlfriend Angèle and we decided to do some photos; I thought they were striking together.”

Trekking out to Fontainebleau, a commune an hour and a half’s drive out of Paris and renowned for a stunning and vast forest, Ledoux, Ionesco and Angèle found an old swimming pool that had been turned into a squat in which to capture the duo. “The location was great,” says Ledoux, “but we got kicked out after a while by the local homeless ‘owner’. We went to some fields nearby (to keep shooting).”

The images see the couple drinking beer on the bonnet of a car and hanging out at the dilapidated, heavily graffitied pool, all earmarks of the freedom of youth – something that Ionesco has by the bucketful. “He’s got a very unique way of being, it’s a bit take-it-or-leave-it,” muses Ledoux. “He wants to do everything, taste everything... and he’s got this wild freedom of youth screaming ‘Let’s do it 110 per cent, or fuck it!’”