Offering an alternative perspective on what growing up as a girl can look like, this photographer reconstructs her journey through adolescence 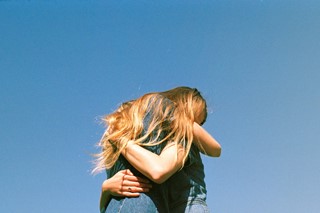 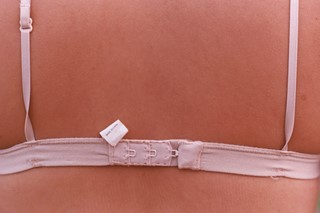 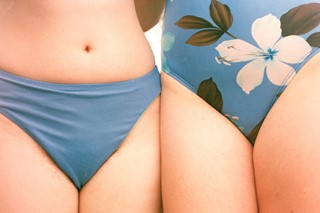 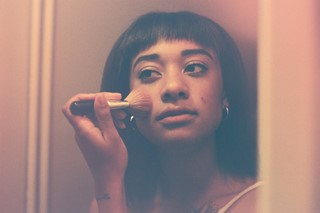 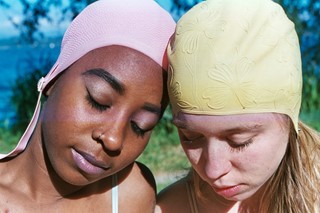 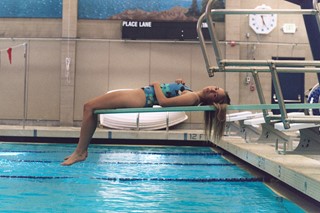 At just 21-years-old, Seattle-based photographer Ashley Armitage has a strong handle on what going from girlhood to womanhood – including all the ‘bits’ in between – is like. Shooting candy-coloured images of her contemporaries with a Pentax Asahi that she picked up at Value Village, her work pulls from personal experience and goes far deeper than a pretty picture. Originally tripping over to Santa Barbara to study cinema she found herself on the outs of a male-dominated class and staffing body, saying she felt resistance and inequality from her peers and tutors. “One time I even burst out crying in a film class because I felt so silenced. It was at that point that I was like, ‘okay, I love filmmaking, but I'd rather do something solo until I have the means to find mostly female crews’.” Not content with simply putting up with it, she headed back to Seattle and took up photography instead, “My program now is female-centric. There's a huge difference in being creative with girls than with guys,” she says. “I feel like girls – and other minorities – know that we need to work harder to be heard, so we adapt by working together and supporting each other.”

“In my photography I’m not trying to speak in place of all women, because I don’t have that right. I’m just trying to show my personal perspective of what being a girl is like” – Ashley Armitage

Featuring a gang of girlfriends alongside ‘like-minded people’ she meets via the internet, she says, “We're just doing what we've always done: trying on clothes, telling secrets, doing each other's makeup, and cuddling. Really, we're just hanging out while a camera is present.” Mining her own personal experiences of coming-of-age – alongside inspiration from fellow girl power champions and creatives Dafy Hagai, Mayan Toledano, Petra Collins and Nan Goldin – she explains, “It's so inspiring for me to look through photos of my childhood in order to recall that feeling and recreate it. And not just my childhood, but also the childhoods of my mum and other women close to me. Just last week I was going through my mom's old stuff and found her sticker book. Not only did I actually use this sticker book as a prop in a photo shoot this week, but I also did an entire series where I put stickers on my own photos – to be released in January.”

She channels her concerns over a male-dominated mass media into the belief that it’s imperative that women and girls be given alternative perspectives as they embark on their own unique experiences. “I want to show girls as real people and not just as cookie-cutter stereotypes,” she says. “I wouldn't trust a cis-man telling me what being a woman is like – only people who are currently or have been women know what being a woman is like. This is why the female gaze or any minority gaze is important. I'm not trying to speak in place of all women, because I don't have that right. I'm just trying to show my personal perspective of what being a girl is like.”

Click here to see more of her work. Armitage also made a short film on the universal concerns about body image that we all share at some point in our lives, yet don’t talk about nearly enough. Watch it below:

The most mind-blowing photo stories of the month
PhotographyRiseFeminismfemininityYouth