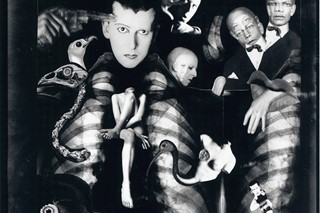 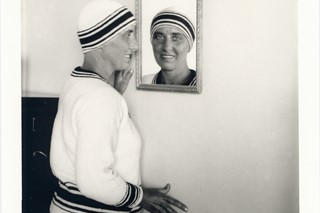 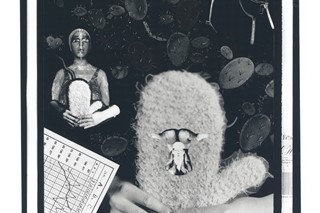 “Under this mask, another mask. I will never be finished removing all these faces.” That’s what Claude Cahun wrote in Disavowals, her autobiography. The groundbreaking French artist, writer and photographer, renowned for her exploration of gender, used the lens and her body as weapons in portraying her ideas about gender – rejecting existing narratives and conventions. This all sounds pretty fantastic now – 61 years after her death – but being an androgynous artist in the early 20th century wasn’t easy. Challenging notions of beauty and gender came hand-in-hand with the title of criminality, not the creator of radical art that acted as a looking glass into what gender and its exploration means today.

In many ways the Surrealist (though she never became a fully fledged member, due to the movement's 'boys' club' nature) shaved-head artist cherry picked her identity, along with her several pseudonyms, to coincide with the self-portraits she produced with her mirror. The tool was utilised to depict the persona she’d chose to explore that day. Where the majority of Surrealist artist positioned women as sexual objects, Cahun ventured the visual possibilities of genders and how they are portrayed on the human body.

Alongside her ‘questionable’ artworks, Cahun also tread on the wrong side of the law with her writing. Her and partner Suzanne Malherbe were both investigated for their protest poems that undermined the German authority controlling the Isle of Jersey at the time, where they both lived, and ultimately led to them facing the death sentence – something they were relieved from when the island was liberated in 1945. Cahun would pass away 11 years later, but her influence has carried on to inspire the iconic works of strong female artists in their own rights, such as Cindy Sherman and Nan Goldin. Now, almost six decades after Cahun’s death, publishers Laurence King have teamed up with Mary Warner Marien to celebrate Cahun’s gender ambiguous creations in their latest book, Photography Visionaries, from which we share a couple of images from here.

Photography Visionaries, published by Laurence King, is out now. Click here for more