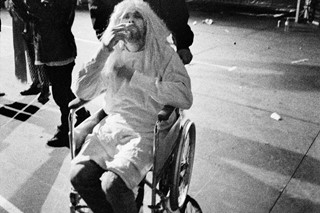 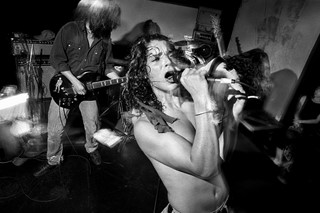 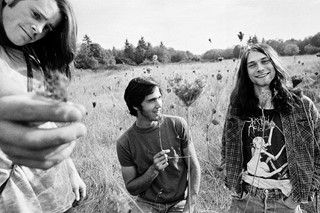 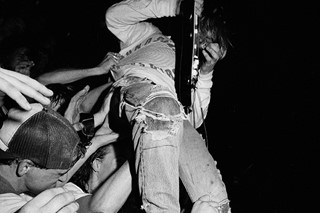 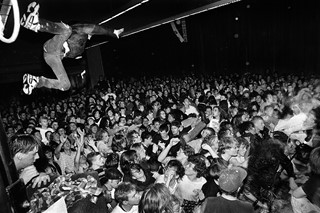 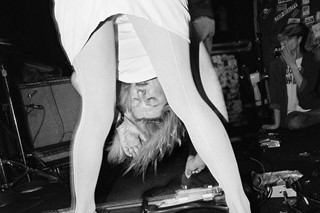 It’s the genre that won’t quit. No matter how many Kurt and Courtney images crop up on our Pinterest feed, we can’t get a big enough dose of that heady 90s nostalgia – and Washington-native Charles Peterson is likely to be the man serving it up. A scene legend, the photographer is a self-confessed good example of ‘right place, right time’ syndrome. Hailing from the Seattle suburbs, Peterson had a ‘couple of mates’ who went on to achieve mega-stardom in the late 80s and early 90s, and really got lucky when he ran into independent record label Sub Pop’s patriarch Bruce Pavitt who couldn’t get enough of his gritty, grunge-ridden style. “It felt really small, and everything was new and exciting. We were bored - stray dogs from every village, really. I like to say that it grew very organically,” riffs Peterson when quizzed on the scene’s fledgling beginnings, two decades on – a time which, admittedly, his “liver is still paying for”.

Trailing some of the world’s most well known musical faces, you’d think Peterson would be a treasure trove of backstage antics and tour bus trouble – Cobain being sped around in a wheelchair, anybody? – yet Peterson remains fairly tight-lipped. “Everybody wants the dirt. I really don’t have that much. What I do have, I don’t really like recounting,” he begins, before launching into ‘probably the most salicious night in memory’ – nakedness, magic markers and members of the Cosmic Psychos, Mudhoney, Love Battery, and their girlfriends in tow. “It was a party at the Eastlake House. I took photos and one of them ended up on an Australian Mudhoney EP, of [Matt] Lukin, drunk, half-naked, slumped in a chair, beer in hand, with dicks and obscenities scribbled on him in places.” But like all success stories, hindsight is 20/20, and no one, not even those involved could have forseen the impact grunge would have. “I have to admit I was a bit blinded as to what was right in front of me. I feel a bit stupid about it,” he admits. “I’m gracious for what I got but in retrospect I should have gotten so much more.” Despite the ‘one’s that got away’, there’s no denying Peterson’s images act as an invaluable documentation of one of music’s greatest gifts.

Check out Peterson talking about his life’s work above. The photographer has just released a clothing collaboration with KR3W, available now at Parlour Skate Store – check out his personal site for more of his work