Started by Bruce LaBruce and G.B. Jones in the mid-80s, the J.D.s zine gave voice to disenfranchised queer creatives and spotlighted incendiary artists 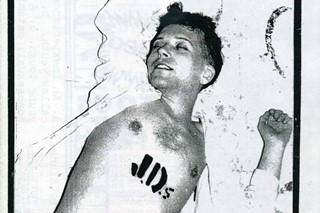 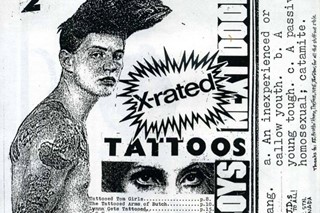 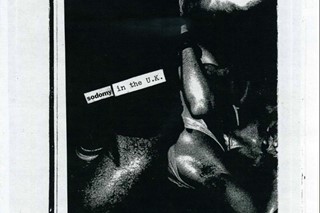 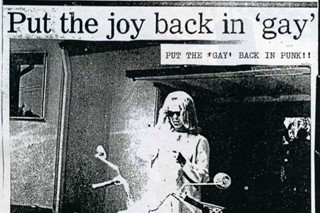 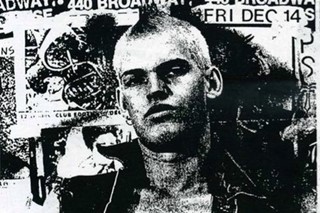 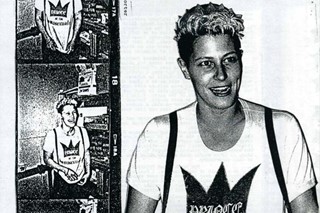 Discussions of counterculture usually begin and end with one core example: punk. The spirit of punk bled into fashion, music and politics, taking with it an army of dedicated followers. As the movement began to gain mainstream traction, two creative polymaths – G.B. Jones and Bruce LaBruce – were hard at work laying the foundations for J.D.s, a zine launched in 1985 that aimed to critique both the “bourgeois-ification of the gay movement and the problematic sexual politics of punk”, an aim which they achieved by showcasing an array of their own work alongside the singular musings of other disenfranchised queer creatives.

“G.B. Jones and I started J.D.s in the mid-80s at a very particular moment”, says LaBruce. “Gay assimilation was already starting back then, accelerated by the AIDs crisis, so the gay movement was already distancing and disassociating itself from its more unruly, extreme and anti-establishment elements – queers who did not fit into the gay white bourgeois patriarchy.” These observations fuelled a creative seed which soon germinated to become one of the era’s most pertinent yet provocative publications. They also sparked the advent of ‘queercore’, a trailblazing sub-genre which gave musical voice to incendiary non-binary artists. Here, we break down the immortal legacy of both the zine and the wider movement in the words of Bruce LaBruce and Vaginal Davis.

IT GAVE A VOICE TO PISSED-OFF QUEER CREATIVES

Bruce LaBruce speaks of a minority fraught with racism, sexism, ageism and body fascism, layers of discrimination that are still very much prevalent in modern gay culture. “We were looking for alternative expressions of our queerness,” he explains, “We were anti-corporate, anti-capitalist and against assimilation, so we gravitated towards punk.” Despite feeling an affinity with the era-defining counterculture and its radical politics, LaBruce maintains that the movement wasn’t without its flaws. “At that moment, punk, with the advent of hardcore music, the mosh pit and aggro, had become – at least in Canada and the U.S. – macho, sexist and homophobic.”

J.D.s may have dealt with these topics in print, but the queercore movement tackled them musically. Its musical legacy is often linked to riot grrrl, a genre similarly defined by radical gender politics, heavy guitars and pissed-off delivery; queercore, however, is rarely credited. The term itself was coined by J.D.s, and it became a catch-all term that encompassed a series of artists using music as their medium to express their queerness. Some created parodies of famous hits (the most famous of which was “Smells like Queer Spirit”, a modified Nirvana cover by Pansy Nation released in 1995); LaBruce also credits the likes of the Nip Drivers, Beefeater, Aryan Disgrace, Screaching Weasel and the Mighty Sphincter with creating some of the movement’s greatest hits.

IT SHOWCASED THE CREATIVE BRILLIANCE OF VAGINAL DAVIS

Vaginal Creme Davis is the intersex performance artist whose work straddles the boundaries of music, art and performance. She remains a cult icon in her own right. Davis’ creative expression may span several mediums, but her contribution to the musical legacy of queercore came in the form of art music projects such as Cholita, Black Fag and, perhaps most famously, the Afro Sisters. When asked about her music career she replies bluntly, “What musical career? I never had one. I’ve never been a careerist in terms of anything, least of all music. I can’t read music or play an instrument but that never stopped me, and even though I’ve written and recorded songs for over 30 years, I certainly don’t consider myself a singer or a songwriter.” Despite her modesty, Davis has created work which still resonates today, although she insists that any entertainment value found in her work is completely unintentional. “My goal has never been to purposely entertain anyone.”

Davis is outspoken about a range of issues. She explains that capitalist culture has become adept at commodifying subcultures (“instead of queercore, why not just say cabbage? It really doesn’t make any difference”), states that she stands against the aesthetic of slick entertainment, and argues that it’s only a matter of time before the intersex community becomes a victim of commercialisation. “No one has devised a way to market the intersex community in the same way that other subcultures have been branded the ‘next big thing’,” she says, “Give it time, some savvy marketer will think of a way to exploit the intersex niche for profit. They always do.”

Davis wasn’t the only pioneering contributor whose critical voice became crucial in the dissection of mainstream representations of gay culture. While Davis used her various projects to communicate her message, J.D.s more generally conveyed its sentiments of dissatisfaction by incorporating found pornographic images (a “reaction against anti-porn, sexually moralistic second wave feminism”, as LaBruce puts it) alongside tales of porno fiction and murderous rampages. The zine’s founders didn’t discriminate. “(It wasn’t just) queer punks, but also prison shut-ins, prostitutes, oppressed racial minorities, transgender people… anyone who went against the grain and had similar interests, sexual deviance and radical politics,” says LaBruce, “We were fighting the gay mainstream by promoting no division between gays and lesbians, by being inclusive of queers of all races, ages, genders and sexual persuasions.”

The overarching message of queercore remains as relevant (if not more so) than ever before. A new generation of LGBT youth is coming of age in a world that’s still both fragmented and whitewashed; trans visibility is slowly increasing and the right to gay marriage has finally been granted, but we cannot settle for tokenistic or legal nods to equality. There’s still work to be done, and one way to move towards discussion of the full spectrum of gender identity is to explore the nuances of an intersex identity, one which is rarely discussed. “To be intersexed means that you cannot be described in a soundbite, snippet or press morsel”, says Davis, “That’s where misconceptions come into play. No-one is willing to take the time to delve further, as it’s a complication that media outlets are hesitant to tackle in-depth. That’s fine with me. I prefer to remain under the radar.”

IT MADE RADICAL STATEMENTS THAT STILL REMAIN RELEVANT

Despite favouring a low-key approach, Davis still draws crowds with her performances. “People are either interested in what I do as an artist or they’re not,” she says, “I’ve been around a long time, so I go in and out of vogue every seven years or so. That’s when young people discover me; it’s word of mouth, grassroots. That’s the benefit of being a centuries-old lifeforce entity.” She may never have been – and never will be – mainstream, but her cultural contributions are vast and her genius is still very much in tact. She speaks passionately about a performative film programme, Rising Stars, Falling Stars, which just relocated to the Kulturquartier in Davis’ current stomping ground, Berlin. “(It’s) Berlin’s newest and sexiest art institution, housed in a former crematorium. How death rock is that?” Recent films curated and shown include Pier Paolo Pasolini documentary The Walls of Saána, which explores gentrification in Yemen throughout the early 1970s (although, in true Vaginal Creme Davis fashion, she has “playfully translated it live into my own language of Vaginalese”).

The original queercore movement may be a cultural relic in its own right, but its messages should resonate with a world recently rocked by events like the tragic Orlando massacre. Queer anarchy is not yet at the forefront of modern culture, but LaBruce maintains that hope is not yet lost. “When I go to punk shows in Toronto, things have improved drastically in terms of the inclusion of girls, queers and transgender people,” he says, “There are bands with transgender members and bands with equal numbers of boys and girls, like my friends VCR. I wish things had been that progressive in punk in the 80s!” Davis echoes this sentiment. “There will always be those amongst us who question the status quo and have a rebellious, frenzied spirit. I get invited to art schools worldwide to teach my ‘Framing the Freakazoid’ seminar, where I preach the James Baldwin gospel of the maladjusted rule.” She ends with an observational comment, one which perfectly encapsulates the radical core of queercore. “If you are mindlessly happy and content with this system of things you are a slug, inert and not prime for advancing culture.”