The cult actor discusses wanting to pass himself off as a non-actor, his love of Bob Dylan, and working with Lars von Trier and Wes Anderson again 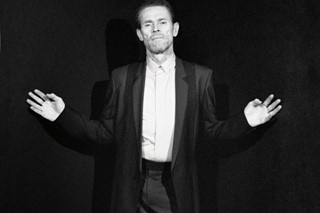 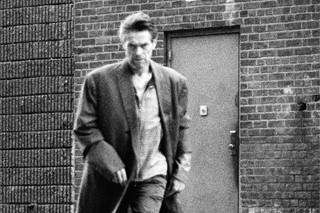 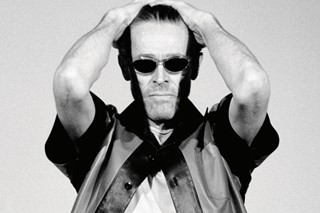 There’s a Bob Dylan lyric that reminds me of Willem Dafoe. “Silhouetted by the sea, circled by the circus sands.” An enigmatic figure both wild and graceful, Dafoe wields one of cinema’s most recognisable faces – the iconic growl, a crooked smile that can snarl and seduce – and yet he can disappear into any role.

Dafoe is, then, like Dylan, a shapeshifter extraordinaire. With 110 movies to his name, the 64-year-old actor’s tackled everything from experimental arthouse to superhero franchises (both Marvel and DC). He died for our sins as Jesus Christ, he terrorised Spider-Man as the Green Goblin, and he witnessed a fox croaking “chaos reigns” in Antichrist. (He also voiced the fox.) Elsewhere, he’s a blood-sucking monster in Shadow of the Vampire, an art-burning counterfeiter in To Live and Die in LA, and a gun-toting psychopath in Wild at Heart. In the past few months alone, he’s co-starred in Aquaman, narrated Vox Lux, and received a fourth Oscar nomination for resurrecting Vincent van Gogh in At Eternity’s Gate. He also voiced an animated seagull in a movie that came out last month – how he has the time, I do not know.

In Dafoe’s latest film, Opus Zero, a cryptic drama from writer-director Daniel Graham, the actor bridges two extremes: he possesses the magnetic screen presence of the great “Willem Dafoe”, and yet he’s also utterly believable as a stranger who just so happened to be captured on camera that day. When I mention this to Dafoe, he chuckles appreciatively. “Good, good!” he remarks over the phone from his house in Rome, where he lives next-door to Abel Ferrara. “I’ve had the opportunity recently with Sean Baker, Abel Ferrara, and my wife’s work, to do films with people who aren’t normally actors, and they give you a different kind of truth. More and more, I aspire to be someone who passes himself off as a non-actor.”

Our introduction to Dafoe’s character, Paul, is as he flies into Real de Catorce, a quiet village in Mexico. A grieving composer with pain across his face, Paul has to collect his dead father’s belongings. However, the inquisitive artist is spellbound by the remote location: he records the sounds of empty rooms, he converses with locals about the architectural history, and he summons swirling bars of instrumentation in his head if an object triggers a particular idea. Often, he will stroll along a mountaintop – silhouetted by the sky, circled by the cirrus clouds – to collect his thoughts and, presumably, dream up melodies.

“More and more, I aspire to be someone who passes himself off as a non-actor” – Willem Dafoe

Paul’s latest assignment is to complete an unfinished symphony by Alexander Grondahl, a Dutch composer who passed away several years ago. The piece was, as Paul puts it, Grondahl’s “attempt to express in musical terms the idea that a person can never entirely disappear.” That knowledge weighs heavily on Paul’s mind – and perhaps his conscience, too. “In approaching to do a symphony of a composer that is no longer there,” Dafoe says, “there’s a constant debate about whether the musician or composer completes it in the spirit of what he’s listened to, or whether he technically tries to anticipate or imagine it, by what came before. And maybe they’re the same thing. But that was what really interested me most.”

Given how Dafoe encapsulates Paul’s meditative body language, is the actor himself a musician? “No, I’m not,” he admits. “I had long conversations with Daniel about even doing the film. He really seduced me by sending me materials about composers who finished unfinished symphonies, and written discourses about the ethics of that, and also about music theory. I’m not a musician, but he struck a part of me that was interested in music that I had never known before. It’s ironic, though, that I don’t do anything with music in the film, because I’m at an impasse with my work.”

In that sense, Opus Zero could form a thematic double bill with At Eternity’s Gate. In the Julian Schnabel-directed biopic, Dafoe’s van Gogh considers natural landscapes to be infinitely inspirational “I don’t need to invent the picture – I find it already in nature, I just have to free it!” the painter yells) whereas Paul frets about unleashing the wrong kind of creative energy. Plus, as Paul doesn’t cut off his ear, he’s always acutely aware that the surrounding sounds are seeping into his thoughts and imagination.

So when I ask Dafoe about which contemporary artists he listens to, I’m struck by how much his response may as well be a line of dialogue by Paul. “The truth is, I listen to the area of what’s around me. I listen to other people’s music, which is not a good answer, but it speaks something about me.” He laughs, knowing I wanted him to say something like Billie Eilish or Charlie XCX. “I tend to like many things, through my wife, or if I’m working with someone or in a particular country. I’ll go through a period where I’m enamoured with folk singers, and then I’ll go through a period where I love a certain kind of Indian music. I’m all over the place.”

That said, Dafoe insists he wasn’t channelling any musician in particular. If anything, he found himself connecting personally with Paul’s arc as an American in a foreign country. “God knows it’s a strange fish-out-of-water story,” Dafoe says. “But speaking of music, I had to tune my ear for cues and for cadences because of this imaginary device.” Within Opus Zero, Paul wears an earpiece that automatically translates Spanish into English like the Babel Fish in Hitchhiker’s Guide to the Galaxy. “Of course, it didn’t really work! So I was playing scenes in real time with people speaking another language, and I had to act as if I understood every word. That’s in the same ballpark of a certain intuition about sounds and music.”

So was there anything he learned from previous movies acting alongside David Bowie and Madonna? “I would also include Seu Jorge and John Lurie – many musicians. We’re brothers. We’re all making things. It’s the emphasis. The tools we’re using are slightly different. Actors use themselves as material. Musicians certainly use their inner selves as material, but aren’t necessarily presenting who they are in such an obvious way. It goes back to this love that I have for performing with non-actors – they have a different sense of themselves.

Eventually, Dafoe is willing to bring up one singer. “Bob Dylan’s the one guy I really grew up with, and who I’ve consistently listened to all my adult life,” he says. “But part of me finds that if you listen to one music too much, you stop hearing it, because your emotional associations are so strong that you can’t hear it anymore. It’s more like nostalgia pieces. But the thing I like about Bob Dylan is that not only do I like his music and poetry, but he’s really slipped the noose so many times, because he’s been such a productive artist all his life.”

The same applies to Dafoe through the auteurs he’s collaborated with: David Lynch, William Friedkin, Dee Rees, Lars von Trier, Kathryn Bigelow, Martin Scorsese, David Cronenberg, Paul Schrader, Oliver Stone, John Waters, Spike Lee, Werner Herzog, and many more. There are only three minutes left of the interview, and there are about 50 movies I want to rack his brain over.

For instance, his villainous turn as Emit Flesti (anagram of “time itself”) in Wim Wenders’ hugely underrated 1993 fantasy Faraway, So Close!, a mind-boggling sequel to Wings of Desire. “I love that movie,” he says. “Wim’s been a good friend through the years. It was such an adventure to be in Berlin at that time because everything was so optimistic and energetic, and so much was changing. It was the past crashing against the future in a really dynamic present.”

What happened with the Antichrist videogame that he was once widely reported to be involved in? He cackles. “That’s the first I’ve heard about it! Certainly Antichrist deserves a videogame.” Will he do another movie with von Trier? “I will, I will. I can’t talk about anything right now, but yeah, we’ve been talking about it. I look forward to that day.”

A glance at Dafoe’s IMDb page reveals how many movies he’s completed that will be released in the next year or so. These include small indies like Tomasso and The Lighthouse, awards-friendly dramas like Motherless Brooklyn and The Last Thing He Wanted, and a Disney caper called Togo in which Dafoe befriends an Alaskan sled-dog. There’s also The French Dispatch, set to be Dafoe’s fourth movie with Wes Anderson. “I play an accountant, which doesn’t sound very sexy, but it is.” Will he be singing and dancing, as rumoured? “I’m not saying! Pay your money and see the movie!”

The conversation returns to Dylan. Given that Dylan will likely never recapture the artistic powers of his youth, how has Dafoe maintained – and also improved – his acting ability and intensity over the decades? “I’m very charmed that Bob Dylan says he doesn’t know who wrote those early songs, and that it was magic. But that doesn’t mean his work doesn’t go on.

“The longer I do this, the more interested I am in the nature of performing, because it’s still filled with mystery for me. It’s always different. It’s always dynamic. It’s filled with all kinds of problem-solving questions and adventure. I don’t think about my work, so much as I think about my life. I measure my life by the plays and films I’ve done. That’s how I remember my life, and my life’s always been entwined with my personal life, too. I’d be a fool not to be interested in it.”