After it makes it mark on the NYFW runways, we explore how Lynch’s road movie is his most stylish 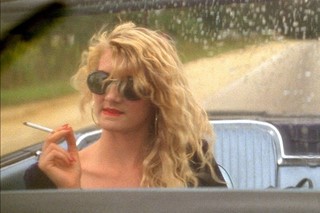 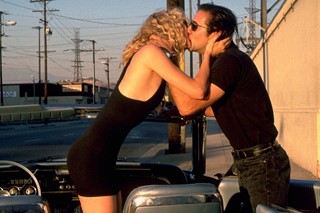 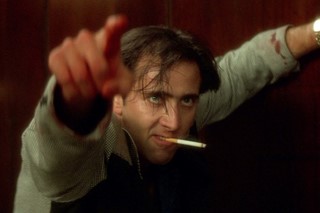 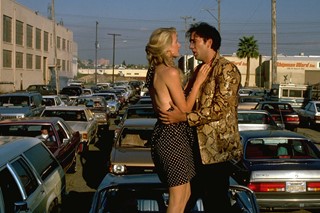 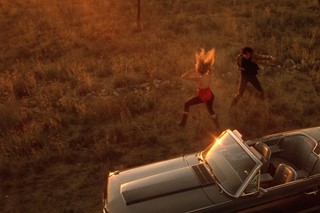 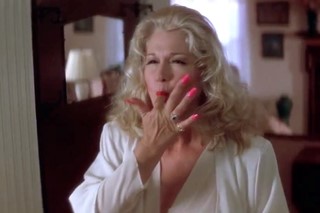 What David Lynch’s Wild At Heart has is style, man. From the opening scene where Sailor (in a monochrome blazer) and Lula (wearing a coral dress with choker and Ariana Grande hair) cut through the samey crowds, the lovesick duo dish out lewk after lewk all while thwarting the clutches of Lula’s disapproving mum Marietta. Wild At Heart is a road movie. It’s about a Bonnie & Clyde twosome with a few screws loose and their larking about to elude the hitmen sent after them. More than the illogical non-sequiturs and legit barking by some characters, the film is Lynch’s perfect marriage of weird characters and weirder threads. Much like the passionate screams of Lula Fortune in that first of many gruesome murders on the stairs of the opening gala, Wild At Heart has an enduring style that rings loud and true long after you watch it. It’s without a doubt David Lynch’s most stylish film.

Recently, designers have tapped into that retina-searing style for their own collections. New York designer Joseph Altuzarra cited Wild at Heart as one of the main touch points of his SS17 collection, saying the collection was “a modern take on romance and kitsch.” He interpreted Sailor’s snakeskin jacket with the python coat one of his models wore – the same one that spawned the unforgettable Nic Cage line: “Did I ever tell ya that this here jacket represents a symbol of my individuality, and my belief in personal freedom?” Many of the girls in the show were facsimiles of Lula Fortune.

So why does Wild at Heart’s clothing continue to be mined for its playful kink? First off, it would be false not to acknowledge the cyclical nature of fashion, and how much of what pervaded the early 90s – chokers, bodycon dresses, and hot pink everything – has returned simply by virtue of enough time passing. Still, the actors involved in the film note that they were acutely aware of how the costumes helped them create such iconic characters from the get go.

“I put on that costume, learned my lines and I was good to go. Because all the triggers were there, the wardrobe was perfect, the scene somehow fit a fantasy” – Willem Dafoe

Willem Dafoe, who plays the dolphin-teethed villain Bobby Peru, extolled the importance of costume to the film in a Q&A with an audience at a screening. “(David Lynch) came in and he said, ‘Willem this is your costume.’ It was on a hanger… I put on that costume, learned my lines and I was good to go. Because all the triggers were there, the wardrobe was perfect, the scene somehow fit a fantasy. I didn’t need to know who this guy was, didn’t need a backstory. Didn’t need to think about it too much. That doesn’t mean I didn’t care. I had enough in the external things that I was good to go to play this guy. In other times, you’ve got to do a lot to get the authority to say, ‘I’m this guy.’”

Amy Stofsky, the film’s costume designer, also injected an intense feminine energy with Lula’s costumes that has pumped strongly through 2016’s feminist vein. Sure, she played the sexpot that was “hotter than Georgia asphalt” and was by many measures objectified, but her garms suggested a strength that made her an equal to her partner Sailor: black body-hugging dresses and a bold red lip; a black bra and leopard-print leotards; a low-cut polka-dot dress and patent red heels. This wasn’t a woman who was about to take any shit, unapologetic about dating an ex-con and rebellious against the oppressive wishes of her long-taloned mum.

As the film remains the most Lynchiest of David Lynch’s oeuvre, it continues to be remembered for more than its kinetic story. Like those that have trailed in its wake – Clueless, The Royal Tenenbaums, Marie Antoinette – that are likely memorable due to their daring costumes, Wild at Heart reverberates more strongly because of its style. The way Lula, Sailor, Marietta and the eclectic cast of assassins wear their duds propels the story instead of distracts from it. It’s a case of style and substance, again mirrored in what we see today on the street (and most certainly once SS17 rolls around). In more ways than one, the film truly is wild at heart.