A couture collective which is headed up by one of Holland's internationally successful designers who retired from fashion and has now made a comeback. 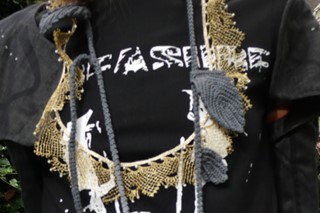 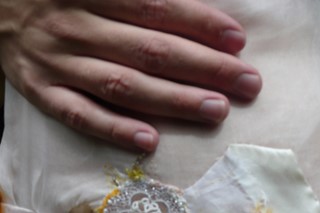 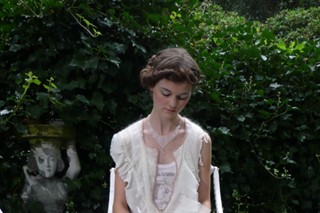 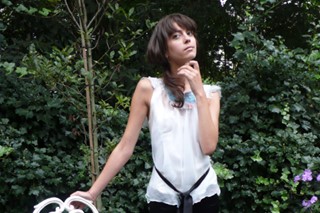 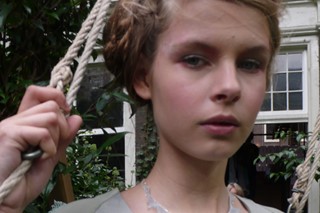 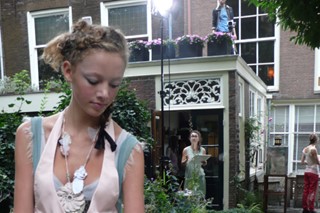 Saskia van Drimmelen was one of Holland’s best fashion designers. She presented her first collection in Paris together with the likes of Viktor and Rolf and Lucas Ossendrijver (now at Lanvin). She came a long way selling her refined and conceptually constructed women’s collections worldwide and showing in Paris season after season for a full decade. In between she did some menswear by popular demand, and designed a fancy pair of limited edition golden inside out Adidas along with the likes of Bless and Kostas Murkudis, to name but a few. Saskia van Drimmelen was one of the few Dutch fashion designers with an international reputation.

But then after 10 years she suddenly decided to quit her label. She realised she would never be happy in a position where she had to pull all the strings of her business and design work all the time. For some years she lay low; Saskia started singing in a band and teaching fashion students at art schools. Let’s say she took a long holiday from the practice of being a designer. Until at some point her creative juices started flowing again. This time she was determined to collaborate on all creative and operational aspects and so she chose ‘slow fashion’, following her passion for nearly forgotten crafts. Saskia drummed up some of her favorite former interns and fashion students and took a field trip to Bulgaria where she discovered some beautiful antique family pieces that had been worked on by artisans over several generations. She managed to enthuse the handful of Bulgarian women who still master these techniques and together they started the Painted Series.
‘Painted by... ‘ will present occasional off schedule collections of garments that have been worked on by a sequence of young Dutch designers and artisans from countries on the rebound like Bulgaria, and the items are ‘made to order’. Ideally, once Painted Series has established it self, Saskia and her team would love to work with the customers personal input as well, to make the circle of exclusivity and love for fashion complete.

The second Painted Series was presented on Friday 22nd August in the garden of one of Amsterdam’s stately mansions on the canals, with a fascinating ‘tableau vivant’ presentation.
Read More