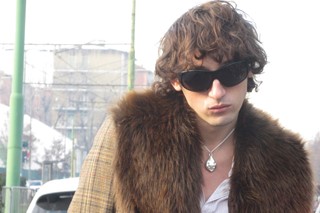 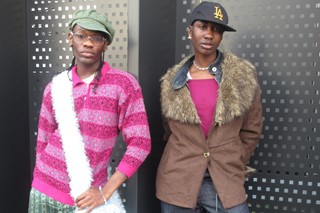 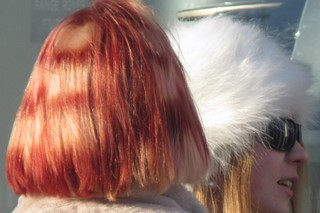 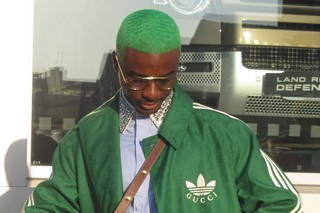 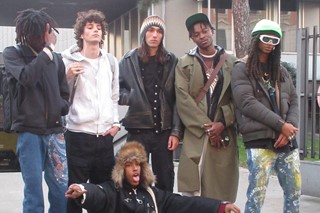 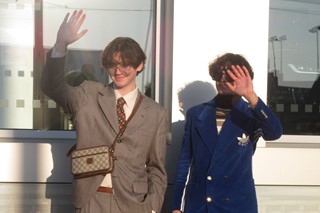 If we were to trace the trajectory of Italian street style over the past decade, particularly that of the men, you wouldn’t be blamed for believing some sort of religious conversion had taken place. At Milan Fashion Week AW23, gone are the Italo-peacocks of the hashtag-menswear era, replaced by a new set of trendy kids decked out in shaggy coats, frayed hems, and big old Moonboot stompers. The meta-ironicism of ketamine chic extends to the accessories and beauty, with silly little Disney totes, $2 gas station sunnies, and harsh, unblended roots spotted across the city.

That’s not to say that the classics weren’t on display. Louis Vuitton pouches, sleek Prada hosiery, Anna Dello Russo in Balenciaga all valiantly fought their corner, but were often overshadowed by the insistence of Glenn Martens’s Y-Project, or Charles Jeffrey’s Loverboy. Gucci was the order of the day though — but even that came in the form of an AW22 adidas collab that reinvented house classics, churning sportswear through a Michelian lens for this new school of baying fashionistas.

But the new era have more in common with the Italian dandies of yesteryear than you may think. Their styling presents an effortlessness that belies the true nature of their outfits; although they may have been put together with a degree of carelessness, each outfit is a study in casual configuration — it’s this suggestion of carelessness that's the new going-all-out.