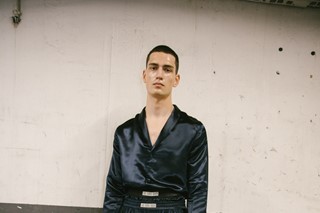 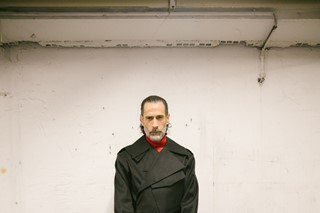 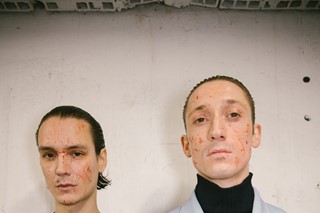 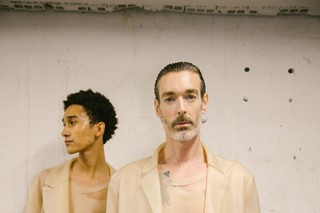 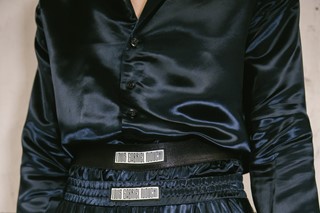 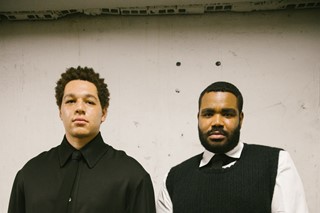 By now it’s widely accepted that Emily in Paris is the televisual equivalent of a full-on lobotomy. The Netflix abomination – oops, I mean show – has sucked scores of us into its sticky, sugary clutches across the course of the last three seasons, as we turn on, tune in, and drop out to Emily’s misadventures in the City of Light.

Someone who’s seemingly been glued to his screen when it comes to the show is Louis-Gabriel Nouchi, who tapped up Emily’s sous chef beau Gabriel to strip off his whites and slip into his AW23 collection at Paris Fashion Week.

With Nouchi drawing inspiration from Bret Easton Ellis’s cult novel American Psycho, actor Lucas Bravo stomped down the runway – alongside Stefano Gianino AKA the mafioso Jennifer Coolidge slept with in White Lotus – in a severe floor-length coat, hair slicked back and blood splattered across his face like PFW’s answer to Patrick Bateman. The crazed look in his eyes as he walked suggested he’d maybe logged on to one of Emily’s Instagram lives or heard her banging on about Champére, leeks, or Zoom cat filters for god knows how long.

With the collection presented on the rising designer’s typically diverse cast, slick, sharp tailoring in an understated palette of black and navy rubbed up against slashed gowns in bloody shades of red. Boxy trenches with bolshy, 80s-style power shoulders were layered over suiting in what Nouchi called “banker blue”, before a final set of standout looks closed. Mirroring the splash-proof coat Bateman wears to hack rival Paul Allen to death to a soundtrack of Huey Lewis & The News, boxy, see-through tees in unnerving, skin-like tones were matched with loose trousers or otherwise worn layered under button-down car coats.

These were not latex as they appeared, however. Instead, Nouchi worked with the pioneering company behind Bottega Veneta’s ‘denim’ leather, with his own pieces also crafted from semi-diaphanous hides. Touching them backstage was kind of brilliantly creepy – like Nouchi had actually used human skin. With models also carrying axe and chainsaw ‘handbags’ covered in the materials seen throughout the collection, conversation post-show turned to the uber-graphic violence depicted in Easton-Ellis’ razor-sharp satire. Nouchi explained he was thinking about the toxic quest for perfection that underpins Bateman’s murderous tendencies.

“As always with my collections it’s about dismantling toxic masculinity,” he said. “He had to have the perfect body, the perfect life, he was obsessed with killing – he hated women, homosexuals, people with different bodies. And that’s completely the opposite to what we do.” In Nouchi’s hands, the cellophane Bateman uses to wrap up his victims instead became soft and sensual gloves, while his weapons of choice were softened and rendered useless in the way that they’d been cocooned in drapey fabric.