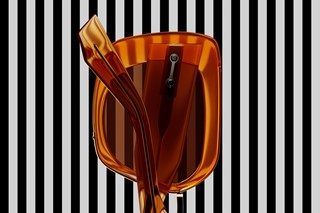 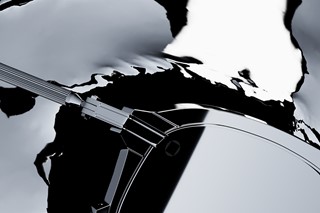 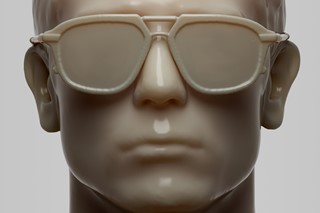 Wassily chairs, Kartell storage units, anything by Eames: mid-century design is now so ubiquitous in people’s lives that it’s become the new aesthetic standard. First popularised between the 1930s and 1950s, an entire industry – Soho Home – has blossomed off the backs of redux teak cabinets and rattan dining chairs, which is the kind of neutral scaffolding that people like to build themselves around. A stripping away at ornamentation, the movement hit reset on our aesthetic sensibilities, with artists, architects, and designers ushering in space-age lines, neutrals, and Mad Men.

A new, six-piece collection from AKONI – the Swiss based eyewear label – pays homage to some of the era’s figureheads, among them industrial designers Gio Ponti and Robert Mallet-Stevens, the Ulysses spacecraft, Marilyn Monroe, and Warhol and Lichtenstein. “We turned to the place where it all began. Where our sense of curiosity was born, and our drive to reach the boundary of human capability was discovered to be infinite,” the brand says. Only, for its latest Hyper Real campaign, AKONI has pushed at the margins of mid-century’s modernism and collaborated with CGI artist Area of Work on a series of techno-portraiture that challenges the very idea of material culture.

Among the new styles is Virgo, a full acetate frame that resuscitates the image of Brigitte Bardot and Gina Lollobrigida lounging on the beaches of the Côte d’Azur and Deauville in bold shapes, pops of bright colour, and dot-matrix patterns. Next comes Ulysses, drawing inspiration from the Ulysses spaceship, which was the first ever to orbit the sun and exit our solar system; a new iteration of the brand’s signature Navigator frame in floating titanium and super-slick brow bars. Returning to the silver screen, Venus embodies that iconic scene from 1953’s How To Marry A Millionaire – in which Monroe states, quite effusively, that men “will always make a pass at girls that wear glasses”, especially those in a new twist on the classic cat eye. Make of that what you will!

But perhaps the style most in line with the proponents of mid-century modernism is the Akari, conjuring the spirit of Ponti – the man responsible for Milan’s Pirelli tower – with elevated and curved brow bars, a tactile knurling effect decorating its surface. Then there’s the Artemis, which takes on the “International Style” of Mallet-Stevens, with clean lines, sculptural corners, and a muted nose bridge echoing the legendary architect’s ascetic approach. And lastly, the Icarus – a vintage-inspired aviator – inspired by Richard Rogers and Renzo Piano, who designed the Centre Pompidou.

Throughout the collection, the movement’s lean into urbanism, an ease of living, and the panache of “good” design is encapsulated with the same “fascinating forms, intoxicating beauty, and rebellious spirit that drew crowds to the leading art museums and cinemas during that same era.”