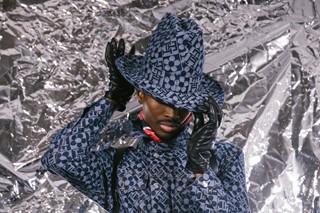 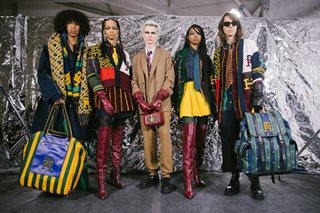 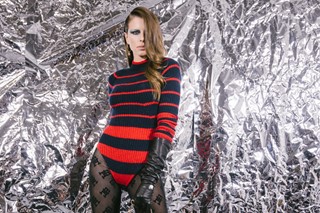 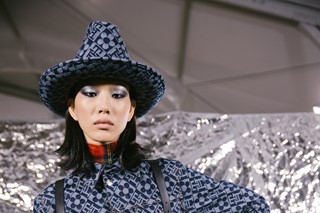 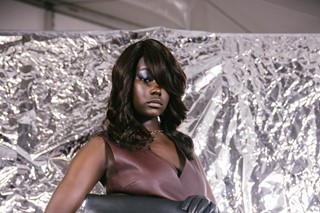 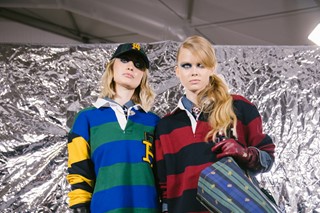 As one of the world’s most famous – and infamous – artists, Andy Warhol’s influence on pop culture can’t be understated. The All-American artist might have passed away close to 40 years ago, but countless creatives continue to find inspiration in his pioneering spirit, bolshy AF artwork, and the vibrant, rag-tag community he forged around him. And we mean, come on – that whole “Everyone will be famous for 15 minutes” thing? Warhol was something of a soothsayer, essentially predicting the rise of reality TV and later social media.

After meeting Warhol in the early 1980s, Tommy Hilfiger is among those who count him as an ongoing influence. In fact, the two creatives’ careers share plenty of parallels, with Hilfiger’s immediately recognisable logo similarly ensconced in the aesthetic lexicon of the U S of A. It makes sense, then, that Hilfiger would not just reference Warhol, but throw a massive, blockbuster homage show in celebration of his return to his hometown of New York City, after a few seasons schlepping across the world. And despite it being a truly grotty, grey, and extremely wet afternoon in the Big Apple, little could dampen the energy and spectacle of the house’s AW22 show. Didn’t catch the livestream? Invite lost in the post? We have you covered. Here’s everything you need to know.

Mention Warhol’s factory to pretty much anyone in the know and the first thing that will probably come to mind is the fact the whole space was covered in silver foil. Cut to 2022, and Tommy Hilfiger took the idea to a whole new level, plastering the material throughout the backstage area of his AW22 show. With guests ushered through the usually top secret, limited access space on the way to the arena where the runway had been set up, they got a glimpse of how a fashion show comes together – as models sat down to get their make-up and hair done, and members of the production team endlessly ran about speaking into walkie talkies – and became part of the show themselves. Outside, the theme continued, with a silver foil-wrapped vat full of Tommy-branded water, a t-shirt printing kiosk, and a photo booth all lining the walkway to the showspace.

THE MODEL LINE-UP WAS OBVIOUSLY MAJOR

Julia Fox! Lila Moss! Ashley Graham! Alton Mason! Hari Nef! Paloma Elsesser! The list goes on and on. Almost as major (or perhaps even more so?) was the front row, where Kris Jenner, Kourtney Kardashian Barker and husband Travis, and Kate Moss rubbed shoulders with Factory legends Lady Bunny and Jane Forth. It might have been pouring with rain in Greenpoint (and across New York for that matter) but spirits stayed high in anticipation of Tommy’s big NY comeback.

Hilfiger wasn’t about to do things by halves for AW22 and so invited two OG members of Interview magazine’s team to walk the runway (in case you’re not familiar, Warhol was the founder of the pioneering mag). Making his way out onto the runway was Bob Calacello, former editor-in-chief, and Donna Jordan, muse of both Warhol and fashion illustrator Antonio Lopez stomped out onto the soaked space in slick, offbeat tailoring that harked back to the Factory’s 70s heyday.

THE CLOTHES SPANNED ERAS AND DECADES

As well as the aforementioned tailoring, there were endless nods to the 60s, 70s, and 80s, as models wearing beatnik-esque wool roll-necks and short-shorts strut down the catwalk. There were also heavy wool peacoats, duffles, and chunky cardigans, with one model even sporting a peroxide blonde bowl cut not dissimilar to Andy Warhol’s own bleached mop. Elsewhere, babydoll dresses with matched with go-go boots in autumnal hues, and blown-up, oversized outerwear got the monogram treatment, courtesy of designer Fergus Purcell – who, in case you missed it, is the man behind Tommy’s newest iconography.

…AND THERE WAS A RICHARD QUINN COLLAB TOO

A surprising partnership, maybe, but one that worked on the night. Hilfiger first came across the rising London designer at the British Fashion Awards last year, and was blown away by his costumes for Kylie Minogue and her cohort of dancers. One thing led to another, and before he knew it, Quinn was let loose in the Tommy archives, turning out a collection that spliced the All-American label’s preppy, varsity stylings with his own floral motifs and flourishes.

The casting of the show was refreshingly diverse, with models of many sizes all getting their moment on the catwalk. Best of all was new gen supermodel Precious Lee, who strutted through the space in a monogrammed denim catsuit with a long black whip clutched in hand. Step on me, Precious Lee!

“Travis, I wanna mosh!” said Kourtney K (presumably) from her position in the front row. The Blink-182 drummer and new TH campaign star obviously complied, swapping the frow for the stage and stripping off his enormous coat. As models took their final lap and rain beat down hard on the audience, Barker thrashed at the drums as everything came to a close. Welcome home, Tommy – we’ve missed you almost as much as we’ve missed the drama.