From Mowalola’s alt-girls to Jean Paul Gaultier’s booby nudes, our roving photographer shoots the best in street style from SS23 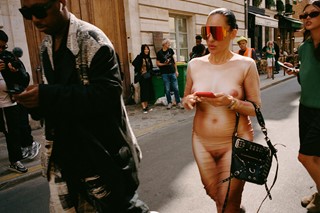 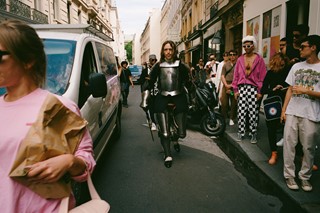 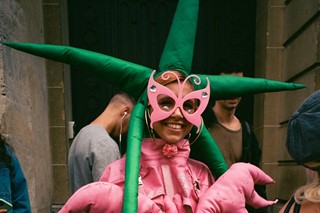 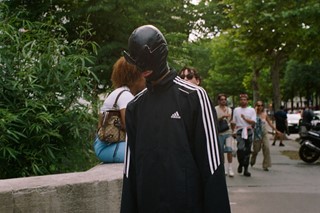 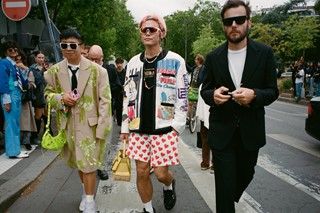 Though it may be a controversial statement to make, design is perhaps one of the least interesting components to contemporary fashion. Today, designers are nothing without their audience. As boundary-pushing as the clothes are, Balenciaga wouldn’t have the same cultural cachet without thousands of nerds dissecting its every move on social media – their interpretations of any given collection and campaign imbuing Demna’s work with more meaning than perhaps even he had intended.

And it’s at fashion month, particularly in Paris, where you really see these disparate fandoms come to life, crushing into show venues. There are all the weirdos in their Rick Owens, looking like they were birthed from a hunk of kryptonite, there are Mowalola’s crew of alt-plastics in their mini kilts and shrunken baby tees, and Louis Vuitton’s bombastic streetwear heads. For Yu Fujiwara, who has been photographing people thronging into fashion capitals for over a decade, this SS23 menswear season felt like the first time since the pandemic that “Paris really came back to life.”

“Given that most of the showrooms have now opened after COVID, Paris was the best of all the cities. I felt that just walking around Le Marais and shooting,” he says, talking through his shots of Lotta Volkova and Tommy Cash in his Dungeons and Dragons get-up pacing through Paris. From Balenciaga gimps, to Marine Serre medievalists, and Jean Paul Gaultier’s booby nudes, click through the gallery above to see the best of the rest in this season’s street style.