Giving the gays what they want etc etc 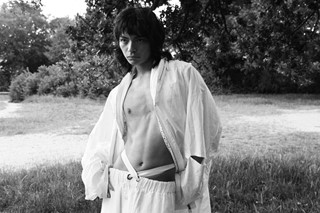 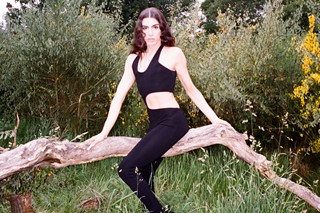 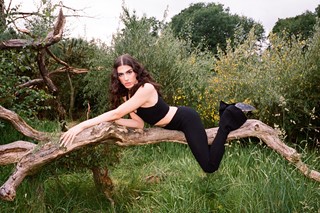 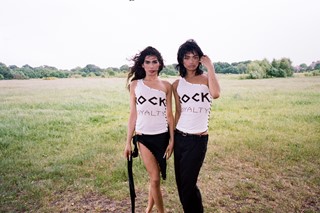 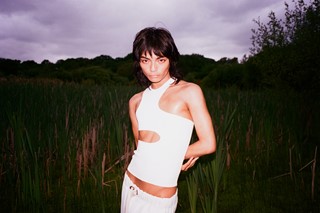 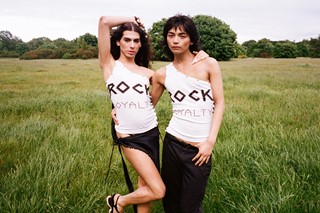 In 1999, Liv Tyler and Stella McCartney emerged on the Met Gala’s red carpet in a pair of slashed tanks, embellished with the phrase “Rock Royalty”. The now-iconic look had been codged together 24 hours earlier, with McCartney furnishing a multipack of vests with studs, ribbons, and diamante lettering. Looking back, it epitomises the so-vulgar-its-good fashion synonymous with the early 00s, which is precisely the kind of look that young, fashionable queers have taken to some 30 years later.

“Y2K fashion is about wearing whatever you want, no matter how tacky it comes across, and I love it,” says new face Mikey Mendoza, having recreated the look alongside stylist Mina Galán for Stella McCartney’s 2022 Pride campaign. Shot by Jacqueline Landvik, whose work mines the relationship between nature and trans-femininity, Mendoza and Gálan are joined by model of the moment, Coumba Samba, showcasing the brand’s SS22 collection in the vast, open plains of Hampstead Heath – a space that has a long history of queer expression, from the Ladies’ Ponds to the men’s toilets.

Unlike so many Pride projects, which trot out the same old famous faces, often result in something quite tasteless, Stella McCartney has managed to produce something with heart. “Fashion has always helped me to express who I am, it’s the language I use to communicate who I am,” Galán says, having first introduced herself as Mina during one of the label’s parties back in October. “I look up to anyone that lives and loves themselves,” she says, stressing that cis-het people should use this Pride month to take real action to support the queer people they love.

It’s a sentiment shared by Mendoza. “If everyone was more inclusive and showed empathy towards others, no matter their gender or sexuality, it would become habitual and standardised.” That credo is central to Samba’s practice, too – she just spent the past few months hosting community building workshops at Bibliotheca in Peckham, alongside being the new face of Miu Miu. “It was so much fun working with Mina, Coumba, and Jackie,” Mendoza says. “They inspire me to not care about what other people think. Being surrounded by their energy is healing, brings me joy and makes me feel less anxious.”

Click through the gallery above to see more from the Stella McCartney shoot, as the three transform the heath into a queer, fashionable idyll.