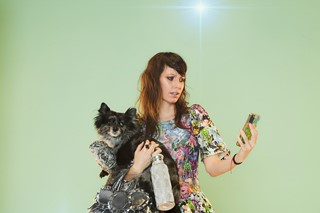 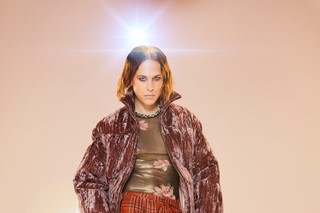 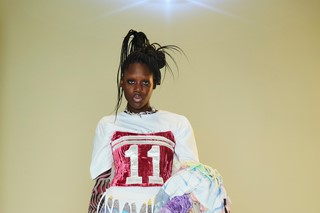 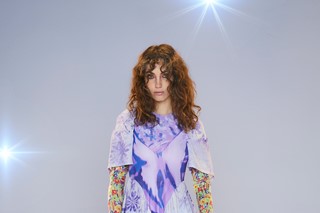 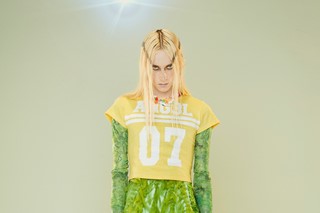 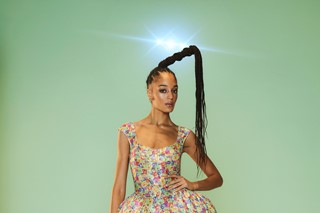 Collina Strada’s AW22 film opened to the sound of Natasha Bedingfield’s “Unwritten”. At least, it sounded like “Unwritten”. This season, the New York label’s offering was packaged within a parody of an early aughts reality show dubbed The Collinas, which follows Tommy Dorfman, a lovingly-absent valley girl, as she undertakes an internship at Collina Strada HQ. There, she spends 12 minutes flapping about the brand’s offices, taking selfies with models, and repeating “I’m, like, so good at steaming” in a vocal-fried drawl worthy of its own Calabasas-based series on Hayu.

Feckless though she may be, Dorfman is cruelly shamed for eating a pastrami sandwich at lunch and using a disposable coffee cup by a supporting cast of NYC It-girls – among them Aaron Philip, Chloe Wise, Liana Satenstein, Jazzelle Zanaughtti, and Marni designer Francesco Risso. Dazed’s executive editorial director, Lynette Nylander, even makes a cameo, debuting her Real Housewives tagline with a snarling “I’m as Bri’ish as they come!” And, having previously debuted collections via video games, glitching animorphs, and a rooftop farmstand, the short film is Hillary Taymour’s latest attempt to release fashion from its Very Serious shackles.

Though the designer’s moodboard presumably ran the gamut of 00s TV stars, the collection looked as though it was indebted (specifically) to Ashley Tisdale at the Teen Choice Awards circa 2005. Which is a compliment. Something of a late, if not accidental, style icon, the teen actor had an everything-at-once approach to fashion: peasant skirts over denim pants worn with a slip dress and a bolero, while over-accessorising with bejewelled caps, thin scarves, and jaunty little purses.

Taymour brought that same babetastic, swagalicious attitude into AW22 as tiny pleated skirts were yanked over low-rise cargo trousers, studded belts were layered over tie-dye harem pants, and scarf dresses cascaded from beneath baby tees and strappy vest tops. Elsewhere, hips were blown up to Kansai Yamamoto proportions on slitted, floral print dresses and velvet jumpsuits. Click through the gallery above to see the rest of the collection and head here to read our New York Fashion Week cheat sheet.